I have always complained that I did not inherit even a needle from my parents or my grandparents . Some people are lucky enough to be handed down, houses, property and capital, but I consider myself luckier, ‘cause my bequeathment was my upbringing, my heritage and our culture and I have the physical validation to prove it. The proof is in three battered books. 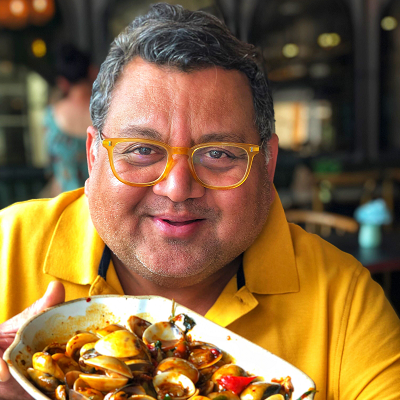 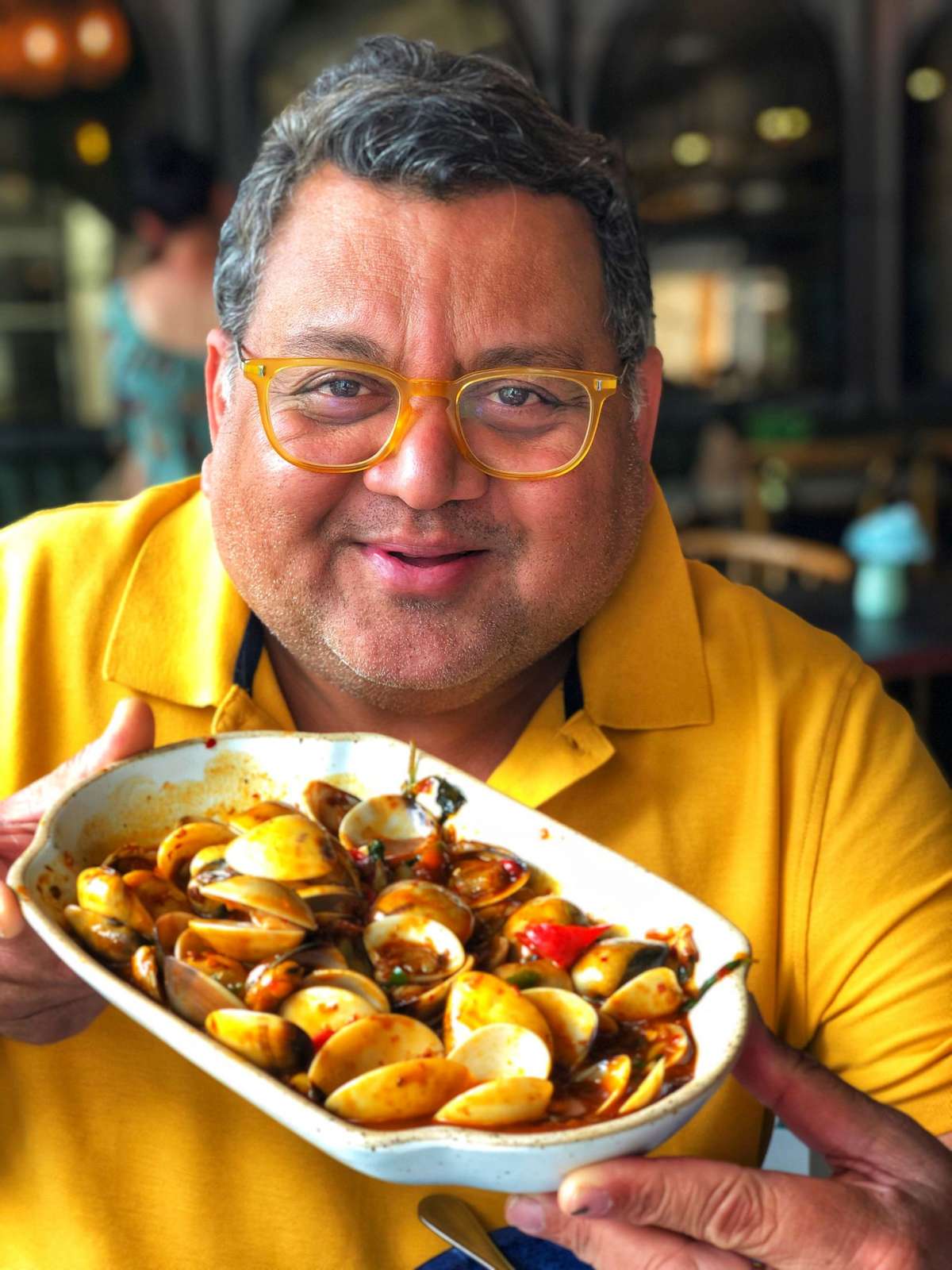 Two, each copiously written by my two grandfathers, paternal and maternal and the other a hand-me down copy of a recipe book first published in 1920. The handwritten note books contain scores of religiously documented recipes that both my grandfathers came across in their travels and their dining experiences. Remember we are talking about the early 1920’s and 30’s when foreign travel was rare and eating habits amongst Hindus, conservative. Yet those books contain such vivid menus and recipes of hearty meats, soups, and roasts. Dishes such as Scalloped Oysters, Spring Onions on Toast, Browned Parsnips, Smoked Trout, Broiled halibut in parsley sauce, Venison, Lemon Tarts, Biscuit Tortoni Angel Cake Squares Bonbons, Steamed Marmalade Pudding  and other cookies, breads and sweet courses.

But the tattered book, a book first printed in 1920, contained recipes of the food we ate every day. The food that my grandmother and mother put on the table for every meal. The food that I call my comfort food, or my heart food. Our home food. The food of our home and community of Pathare Prabhus.

Some say the Pathare Prabhus came to Mumbai 700 years ago from Nepal via Gujarat and Rajasthan. They settled at Mahim in Bombay and grew to be a highly literate lot, became well to do and enjoyed a special privilege under British Rule. Though clannish and traditional, the credence of British masters left the Pathare Prabhus westernized, educated and the women and men progressive.  This broad-minded community lived life well, often squandering wealth on jewellery, litigation and fine living and grew and a tad indolent. The Prabhus are till today a swinging bunch of people. Both men and women enjoy a bit of a tipple and are passionate about food.

The Pathare Prabhu Cuisine is distinctly different form most Maharashtrian food. At its heart it is a simple cuisine created with a few key ingredients and spices but cooked with the finest and choicest of ingredients. The most expensive fish, large prawns, lobster, crab, and meats. Having lived by the sea, the Prabhus, forged an emotional bond with fish as well as with the local fisher-women and developed a taste for seafood over meats.

The mainstay of Prabhu cuisine lies in our garam masala, Prabhu Sambhar. It’s a a concoction of roasted spices, the recipe of which has been handed down by generations and changes slightly form household to household. In my opinion, Paathare Prabhu cuisine is distinctive, simple and most recipies do not require more than four to five ingredients. The names of the dishes are unique and do not figure in most other Maharashtrian food. Like the “Bhuzana”. The Bhuzana is a mainly a fish dish that can be made with Prawn, Pomfret, Ghol, or even eggs, potato or vaal beans. It’s unique because the vagaar or tempering is done without heat. It’s high on garlic and is terribly simple to make but distinctive. Bhujana with rice is comfort food to any Pathare Prabhu. When  you alter the recipe of the Bhujana by adding tamarind, jaggery and Pathare Prabhu sambhar Masala, it transmogrifies into a “Athala”. A tangy, spicy sweet dish that tastes best with unshelled prawns, cooked with their heads intact. The “Chimboree cha Khadkhadla” is a crab curry made without coconut. Hot and fiery with lots of crushed garlic and spices, the dish gets its name from the rattling sounds the crabs make while boiling in the vessel. The Pathare Prabhu version of the Guajarati mixed vegetable dish ‘Undiyo’ is called “Ghada”. The difference is that our “Ghada” is cooked with the Pathare Prabhu Sambhar Masala and with the addition of Meat, and fish along with the veggies. We also make coconut curries. But using only coconut milk, quite like the Thai do with their curry. We call them “Sambare”. The most common Sambare is made with prawns, or vegetarian with pineapple or with tomato. Mildly spiced and rich with tender coconut milk, a sambare can be eaten with rice or puri.

The PP’s being a  Mumbai community, imbibed a lot of cooking influences from western cooking, open heartedly embracing baking methods as well. We make pies with potato and shrimp, steamed and baked cakes of cabbage and prawn called “Bhanaola: and pastry stuffed with mince or sweetened coconut, which is our version of the otherwise fried “karanji”. We of course call it “shingdi”.

We also have this bad habit, of adding minced prawn or mutton in almost anything. We take  traditional Maharashtrian dishes  like Upma and Alu wadi and add minced shrimp to it. We call it “Tikhat rava” and “Paathwad”. Maybe it’s not such a bad habit, once you taste the result. We eat Aamras with home-made bread, make spicy versions of Shepherd’s pie, add Bombay duck in patrels, and cook banana and fish together. That’s why The Pathare Prabhu Cuisine, much like the people stand apart as one of a kind.