From a self-taught cook to professional chef with a culinary academy of my own, I believe learning doesn’t stop. Here’s how knowledge proved vital in my cuilnary journey. 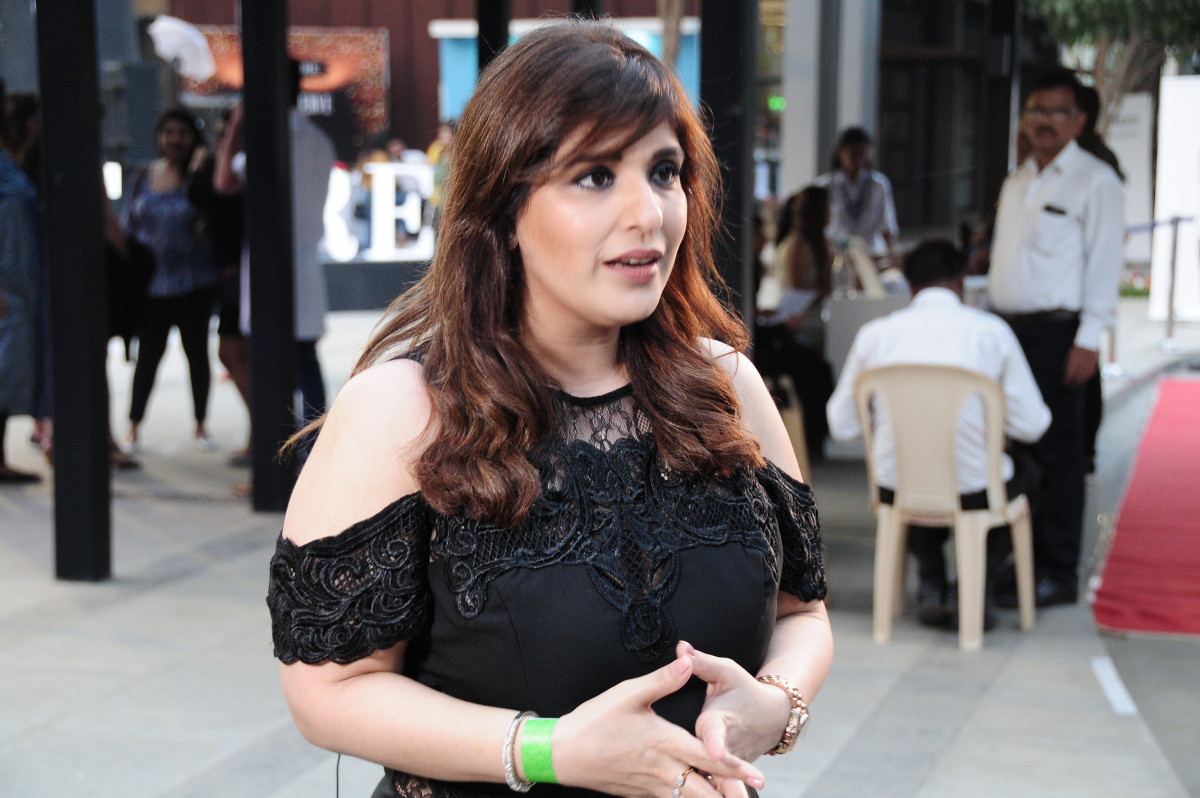 I found happiness in the kitchen at the early age of 11, trying to satisfy my own and my family's food cravings. Living in a close-knit society, I would often learn the different tadkas added to dal which was different in every household and this fascinated me. I recollect reading a recipe of Murgh Musallam in a magazine and making it to almost perfection. That’s the day I realised I have a relationship with food and I knew I wanted to be a chef. But of course, back then I didn’t even know the term

By the time I was 15, I had gone to a couple of classes with my aunts and was given a completely open hand in the kitchen since it was accomplished that I’m good at it. I met my best friend and my better half whose mere existence was to show me my path in this journey—my relationship with food.

Cut to when I got married. It was confirmed that people devoured whatever I cooked, which fuelled my confidence. That along with a sprinkle of hard times led me to start cooking classes at home. It wasn’t easy as I was up against a well-known individual running her classes in the same building as me. To start, to stand your ground and then become a name to reckon with was a lovely journey that was tough yet amazing, and I was resilient through it all.  The financial problems also faded away; as they say tough times don’t last forever. With two new additions to my family and with a ladder going upward for my career, I was neglecting my children and I gave it all up to be a soccer mom.

After a 10-year sabbatical, we sat across the table to dine and I was pushed into it again when my children wanted me out of their hair. I will not forget when they chorused, “Mom, you’re so good, you need to restart.” That’s when I said, “All right.” And before I knew it, we found a small garage which became my studio.

Now I was in a different phase of my life—interiors, travel, learning and regaining contacts in the industry. Believe it or not, the first importer I cracked a deal with was through the then Godrej Nature’s Basket.

Palate Culinary Studio was a small, cute, colourful garage that held its first ever children’s Masterchef birthday party in 2009. The little ones dressed in their aprons and celebrated food and cooking in a different space by learning to bake pizzas and cookies along with me. Until then, it was a known way of celebrating birthdays only in the west and I incorporated that culture to make kitchens a space for everyone in the family.

My happy space (a.k.a the studio) was a gift from my husband. He said that I could do one class a month and asked me not to worry about the expenses. But the baniya and Sindhi in me worked out the math and helped me negotiate with the landlord. Since I was not confident where this would go, I requested him to reduce my lease from three years to two, keeping rent and minimum overheads in mind. It was a mom and pop joint where my mother, my sister-in-law and a worker helped me turn my dream into a reality. I started with 10 one-day workshops and two students. Very soon, I was featured in the Bombay Times as someone who could teach you to cook a dish from scratch. Overlooking the in-between and showing just the before and after was not my style of teaching.

I realised this was not all. Hungry for more, I went on to expand my knowledge and better myself. I went to Tante Marie in Surrey, far away from my family, and put Palate Culinary Studio on a two-month long interval.

The hunger to get better

Thus, began the toughest part of my journey. Leaving my family and staying away was the most difficult part. Traveling in London for two hours every day from the suburbs to the outskirts taught me a lot. From chasing trains to buses and falling along the way, watching my train leave without me, tumbling down the flight of stairs, bruising myself and facing racism, there wasn’t a single day that I didn’t cry. But it’s made me tougher and I could do all this only because my husband let me live my dream.

In Sindhi households back then, we were told to complete our education, get married and settle down. So when I got myself a form from Dadar Catering College, I didn’t gather the guts to show it to my mother. And then, a few years later there I was, doing the Cordon Bleu certificate course from Tante Marie and living my dream.

I knew that there’s more to intake, hence, I learned how to conduct myself by noticing kitchens, chefs, ingredients and every little detail that would help me get better.

You know they say—we all learn from someone. I returned with so much confidence: from a home kitchen to a professional kitchen in the UK, from a self-taught cook to a chef. ‘Twas time to force my husband for a bigger, better place that I could call my own. Thus, we moved to a cuter, warm and still colourful studio where my lucky mascot/my best student—Malaika Arora—who always wished well for me, did the honours.

My journey from the garage to the studio was on auto mode. I didn’t plan things, they just happened. Opportunities and students lined up as they knew my workshops were not only about teaching a recipe, but also giving an insight on the knowledge of ingredients and equipment. From 5 to 80-year-olds, from celebrities to homemakers, everyone was a student. The satisfaction I got as a teacher was immense. I knew I was different.

Moving up the ladder

We moved on to become a bigger team with an assistant, digital and PR teams. Very soon, I got my break with Living Foodz and television happened, which was yet another dream come true. I didn’t ask for anything, God carved my path. Up until now things were easy but the minute I joined the rat race, it became tougher. With my PR constantly telling me that I didn’t have a restaurant to make my food tangible, I couldn’t be featured in various articles. However, I did a lot of television shows.

Then my first book launched in 2015 and all this kept flowing, but now I became greedy. I wanted more, yet I stuck to my gut and followed my dream. Every year I would travel to London, Dubai or Singapore to learn with talented chefs and upgrade myself. That’s when my dream to open a school became a reality. I thought there might be so many other mothers and women like me who want to live their dream and become chefs, but can’t because of money, distance or commitments.

Then, the Confederation of Tourism and Hospitality (CTH)—UK’s leading qualification-awarding body in the hospitality and tourism sector—happened to us. Being a self-funded organisation, they saw my passion and even though we were small, our dream was big. We were the first CTH centre in India and are the only one to provide a fully vegetarian UK-certified course.

We moved to a bigger space and called it Palate Culinary Academy—a boutique and premierculinary institute situated in the heart of Mumbai. The academy offers UK certified courses in culinary and bakery. We host not more than six to eight students per batch.

I am a teacher first, always. This understanding also comes from a space where I know what it is like to be a student and what one seeks while learning. The thought of my students pursuing even a portion of their dream as a result of my teaching brings me sheer joy!

The key idea behind my academy was to bridge the gap between the east and the west.

Having trained abroad, I came to realise how difficult it is to adapt what you learn there in the comfort of your own kitchen back in India. This made me realise that there is no better way to change this situation than to provide a glocal platform for budding chefs and entrepreneurs to pursue their passion.

Not only do I teach now, I also learn. It is never too late to learn or upgrade. I believe in getting inspired to inspire further and acquiring knowledge whenever I can, where ever I go. Knowledge is never wasted.