Typically a Goan dish, made by stuffing the squids using a mixture of rechado masala, onions, tomatoes, squid tentacles and then frying the stuffed squids with more rechado masala. The same dish cane be made by replacing the squid tentacles with fresh prawns! This recipe is super simple and takes just a few minutes to prepare and even lesser for it to be wiped off clean. 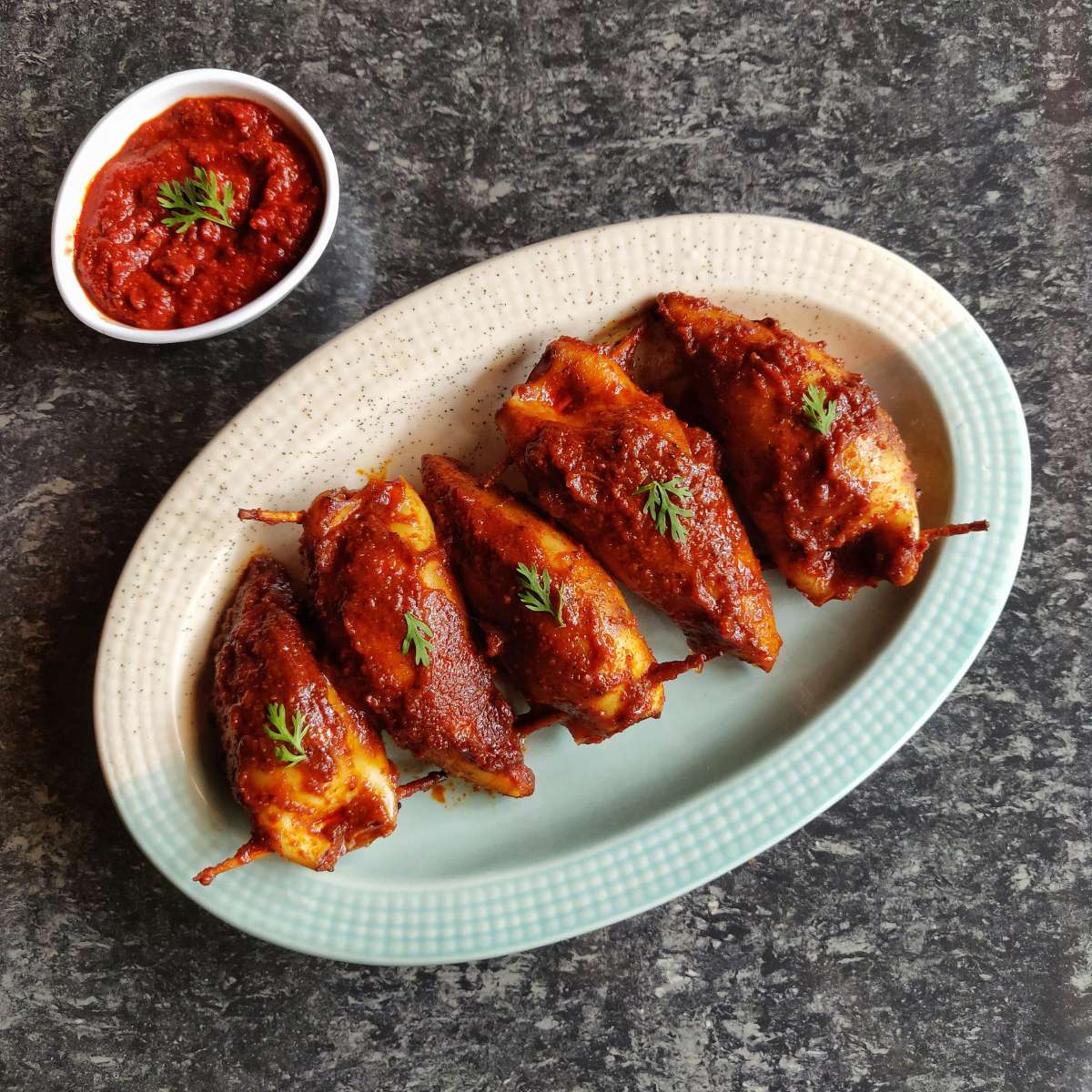 • Clean 7-8 squids. Separate the main body from the fins and tentacles.

• Finely chop the fins and tentacles and keep aside. These will be needed for the stuffing.

• Heat 2 tbsp oil in a pan and add the onions. Sauté the onions until translucent.

• To this, add the chopped squid fins and tentacles and cook for about 3 minutes.

• Add the chopped tomatoes and cook until the tomatoes turn mushy.

• Add 2 tbsp of Rechado masala, 1 tbsp of Tomato ketchup and mix. Cook until the mixture starts to release oil.

• Turn the flame off and keep aside.

• Take a squid and stuff until 3/4th full with the stuffing prepared.

• Using a toothpick, seal the open end of the squid (weave pattern)

• Similarly, stuff the rest of the squids.

• In another pan, heat 2 tbsp of oil and fry the squids until cooked and keep aside. They will turn golden brown at this stage.

• Now, reuse the same pan in which we made the stuffing and add 1 tbsp oil.

• To this, add 2 tbsp rechado masala, 1 tbsp of Tomato ketchup, mix and cook it for about 1 minute.

• Add salt as per taste.

• Once the gravy slightly thickens, carefully place the fried squids and coat them with the gravy.

• As you cook, you will notice that the gravy thickens. Turn the flame off once you attain the desired consistency of the gravy.

Modification: You may also stuff the squids using prawns and preparing the stuffing in the same way as mentioned.