Who doesn’t like a classic cheese soufflé? But the tricky part in making it is that egg whites have to be vigorously whipped unless they are stiff enough. Listed in the microwave cookbook launched at Home Chef Matters, Chef Inderpreet Nagpal shows how to make no-fail easy cheese soufflé in a microwave. Served with a healthy green salad, this one guarantees a fantastic fusion of health and taste. Her secret tip: “Serve the puffy soufflés as quickly as possible else they might go rubbery,” she said. Just follow this step-by-step recipe to delight your mind and body. Get, set, and go... 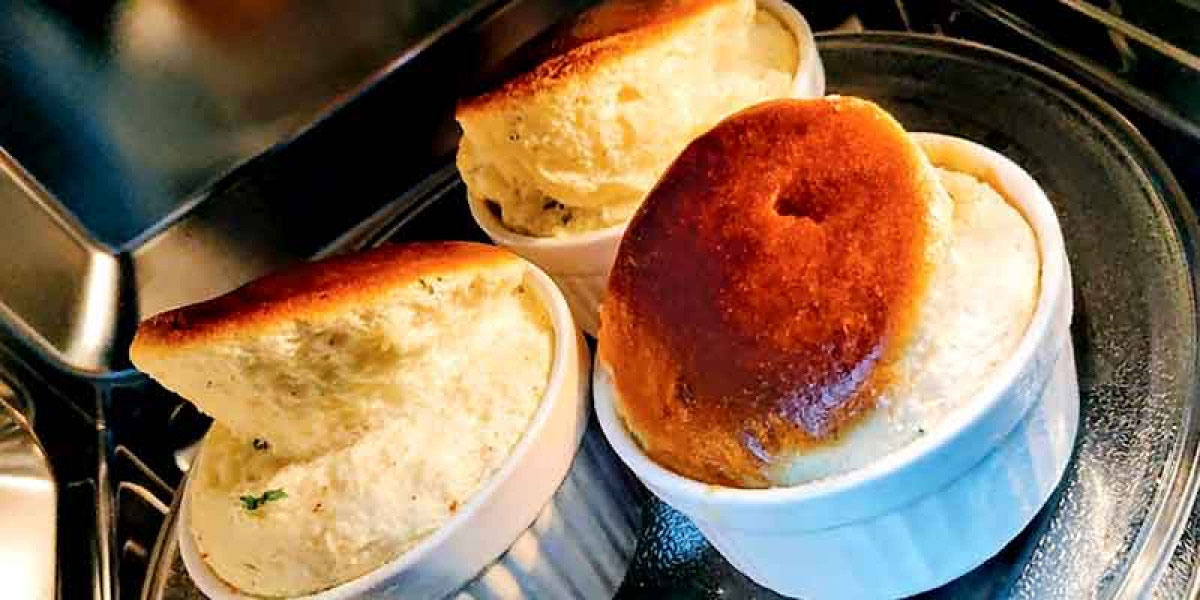 To begin with, preheat your microwave oven to 200°C. Butter the moulds and dust some flour inside. Keep them aside. Now, melt 1½ tbsp of butter in a pan and add in the flour. Cook without browning. Remove from heat and pour in all of the boiling milk in one go and beat with a whisk until blended. Add in the seasonings, return to moderate heat, add cheese and continue to stir with a whisk for another minute. The mixture will be very thick. Remove from heat.

The next step is to separate the eggs. Beat 1 egg yolk into your milk mixture one at a time until both yolks have mixed well. Whip the egg whites in a clean, dry mixing bowl with a whisk attachment on low speed. As the egg whites foam, increase the speed gradually for a minute. The egg whites should also have a glossy white sheen with stiff peaks when holding with a whisk.

Once the egg whites are done, take a large spoonful of it and stir it into the cream mixture using cut and fold technique. Do the same with the rest of the egg whites. Be careful not to over mix. Your mixture is now ready. Carefully pour the mixture into the prepared mould. It should be about ¾ full. Tap the mould carefully to even it out and top it with parmesan cheese. Place it in the microwave oven for 2 to 3 minutes on high, or put in the preheated microwave oven for 15 minutes on 180°C. The soufflés will have risen a few inches over the mould. Insert a tester. If it comes out clean, the soufflés are done. Otherwise, bake them for a few more minutes.

To prepare the salad, toss some salad leaves, an apple, chives and walnuts. Mix red wine vinegar and olive oil together. Season and then dress the salad.

You can serve the dish by placing the soufflés in the centre and scattering salad around each of them.