The many flavours of one beverage – tea

Over the years, the humble chai has undergone many transformations to become hip and happening. A drink that was earlier relished only by adults has now become the beverage of choice for people across ages. Do you drink tea occasionally, or has it become a way of life for you? Give it a thought when you immerse yourself into its enchanting world. Meanwhile, let’s widen the horizon and see how people around us enjoy their tea. Here are some popular tea cultures of various regions across the world 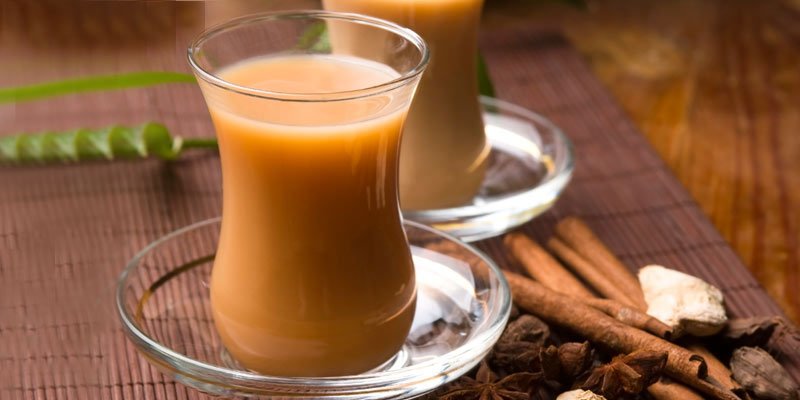 A usual day in South Asia begins with a cup of morning tea. It is undoubtedly the most popular beverage in India, Pakistan and Sri Lanka. These places are among the highest tea growing nations in the world. When you visit someone living here, you will surely be offered a cup of tea – no matter what the occasion! Every workplace necessarily has scheduled ‘tea breaks’. Roadside tea stalls in the region have been informal social hubs for many decades now. People in Pakistan prefer a traditional green tea known as ‘kahwah’, whereas most Indians have a fetish for the aromatic ‘masala chai’. Sri Lankans usually enjoy black tea served separately with warm milk and sugar. 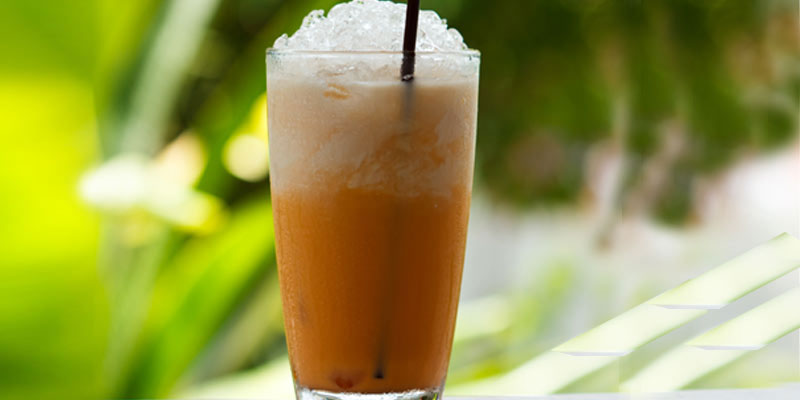 People in Thailand usually enjoy iced tea, made from strongly brewed red tea and sweetened with sugar and condensed milk. Interestingly, they do not mix the milk after pouring it over tea and ice. This enhances the taste of the tea and makes it appear creamy. People in Vietnam enjoy variants of green and black tea which are usually unsweetened. Don’t get surprised when you get served a pot full of tea at an authentic Vietnamese restaurant – it is an integral part of their food culture. Similarly, there’s a complimentary cup of green tea served in all food outlets of Myanmar. Fun fact: Myanmar is among the few nations where tea is drunk as well as eaten in the form of ‘lahpet’ which is basically tea that is fermented or pickled. It is served with accompaniments like crisp fried garlic, peas, peanuts, etc. 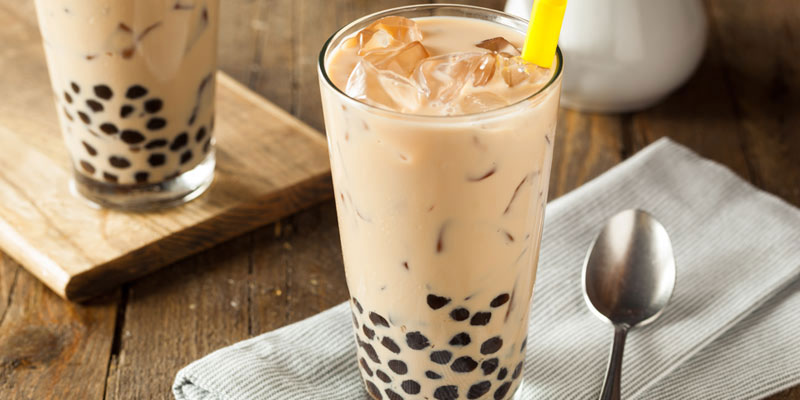 China is the largest producer of tea in the world. It is believed that tea was discovered by a Chinese emperor when a leaf accidentally fell into his pot of boiling water. Chinese tea is prepared by boiling leaves of the tea plant and is consumed throughout the day, including during meals. Another popular tea in China and neighbouring countries like Hong Kong and South Korea is the bubble tea which originated in Taiwan. It is a mixture of tea with tapioca balls. In Japan, tea is ceremoniously served as per a cultural activity involving the preparation and presentation of powdered green tea known as ‘matcha’. People in Tibet, Bhutan and Nepal enjoy a special kind of tea made with butter and salt. Remember, there are specific rules for traditional tea drinking in Tibet, which include proper invitations, paying respect to the ‘Three Jewels’, and so on. 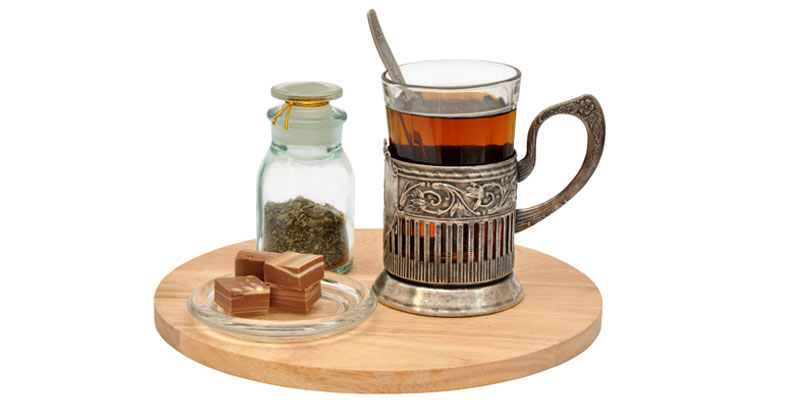 The culture of afternoon tea is a typical feature of this region. It is believed that afternoon tea was initially introduced during the industrial revolution to increase the number of work-hours for labourers. The French and the British enjoy black tea blends along with milk, sugar, and sometimes a tinge of lemon. In the UK, tea not only refers to a beverage but is also considered as a light meal. Tea has become such an essential part of the English culture that people say they’re heading out for tea while they’re actually referring to a break. We see this in the game of cricket too! The Russians like their tea strong. It is customary to brew it separately in a teapot and dilute with freshly boiled water. They give their tea a royal touch by serving it with an ornate glass holder called ‘podstakannik’. 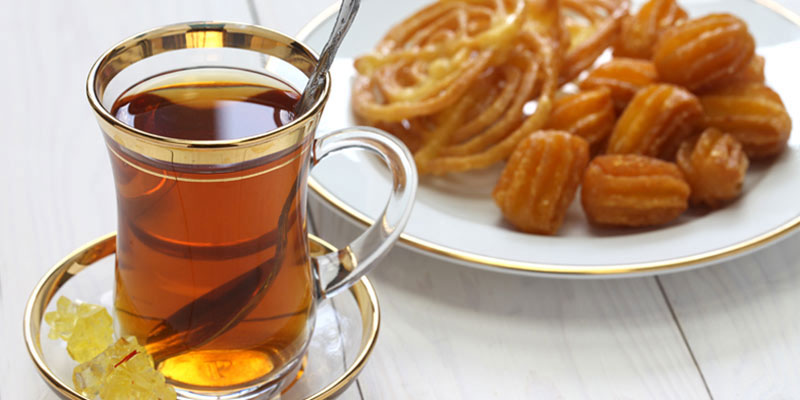 People in this region savour their tea and love to call it a celebratory drink. One can easily locate a tea shop in almost every street. Undoubtedly, tea is the most popular social drink here as it is a great substitute for alcohol and coffee. In Iran, people pour their tea in a saucer and put a lump of rock sugar in the mouth before drinking the tea. This is possibly what has made the ‘Irani chai’ so famous! In Turkey, tea is sweetened with beetroot sugar and people prefer having black tea and apple-flavoured tea. Apple tea can either be consumed with hot water or with ice-cold water. Interestingly, Turkey has the highest per capita tea consumption in the world, with every person consuming over 10 cups of tea in a day! 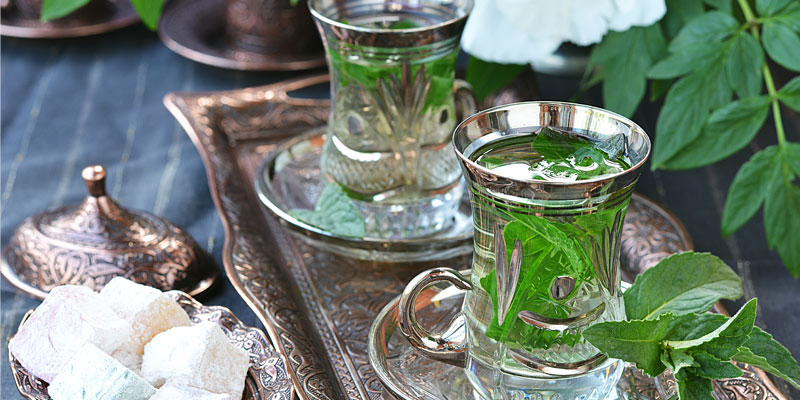 ‘Shai’ is the term for tea in Egypt where people enjoy their black tea sweetened with cane sugar, and sometimes flavoured with fresh mint leaves. The health benefits associated with herbal tea have recently attracted many Egyptians towards it. Moroccans, the largest importers of green tea in the world, consume it with mint almost during every meal of the day. Tea also holds great importance in Kenya which is a leading exporter of black tea, green tea, yellow tea and white tea. 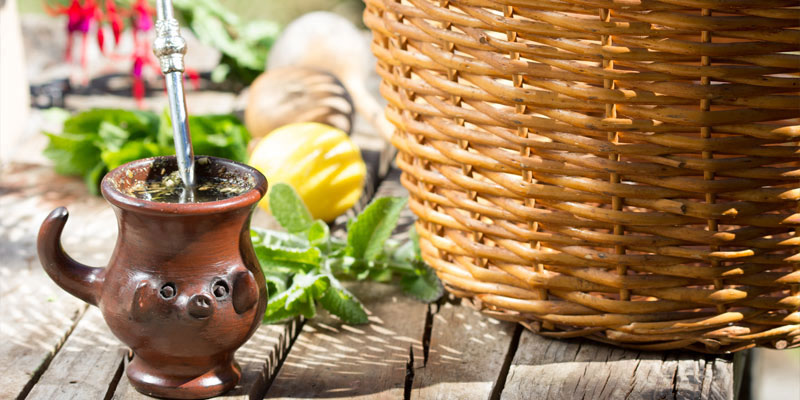 Argentina grows tea in large quantities and exports most of it. A popular tea here is called ‘mate’ which is a form of herbal tea. It is served in a hollow gourd and people drink it using a metal straw. In many parts of North America, iced tea has recently gained huge popularity and is being considered a healthier alternative of carbonated drinks. People enjoy both its versions – sweetened and unsweetened. The Canadians drink a special form of tea – pine needle tea – mainly for its medicinal purpose. Apparently, pine needles have 3-4 times more Vitamin C than an orange!

How do you like your tea? Please share your tea preferences with us in the comments section below.