Ankiet Gulabani’s blog has wowed many with its gorgeous food photographs and recipes that showcase seasonal produce. Belly Over Mind was also recently one of the finalists of the prestigious Saveur Blog Awards. Vikhroli Cucina caught up with the consummate blogger who is among those making local produce fashionable again 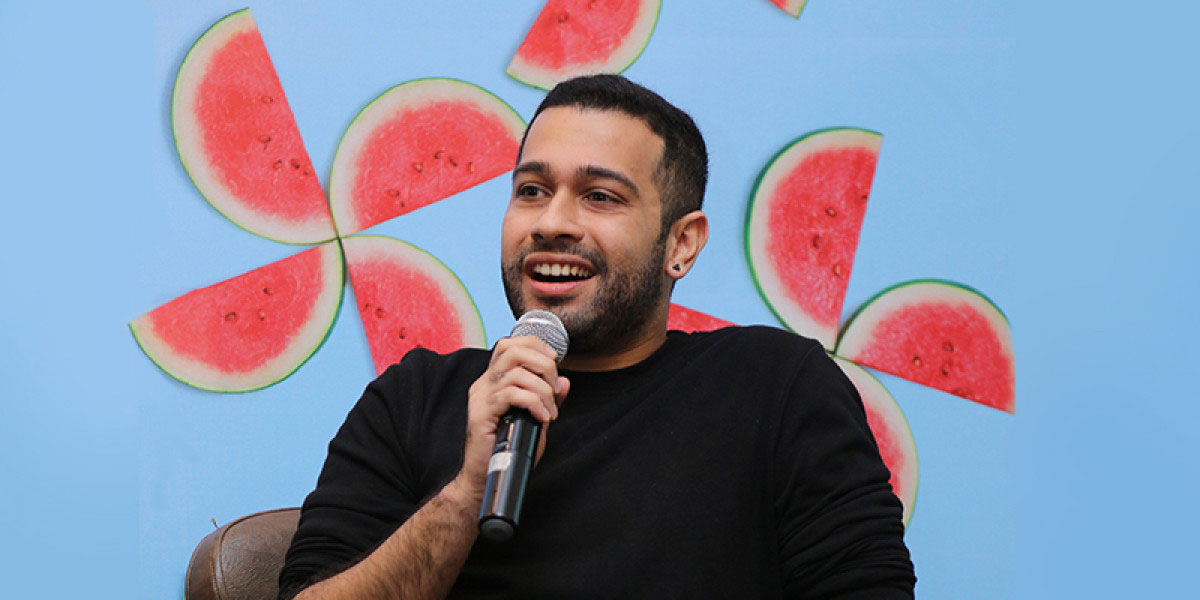 There is a lot that can be done with seasonal produce available at your neighbourhood market. Often overlooked for more glamorous and exotic fare, our humble local produce deserves its due. And that is exactly what Ankiet Gulabani has set out to do. His blog, Belly Over Mind, features recipes where local fruits and veggies shine through. Sample this: Brown Butter Red Carrots with Chilli and Hazelnuts; Kadai Wali Mooli Ka Saag; Malai Paneer, Lemon and Olive Oil Cake; and Dahi Kebab Stuffed Pumpkin Flowers.

Though Ankiet is a master blogger who has penned many a tasty recipe, he says he has had no formal training in cooking. A foodie, he picked up the mechanics of cooking along the way. It all began with him pestering his mother with questions about her recipes. He would cut out recipe snippets from old issues of magazines for her cookbooks so that she would make them for him.

“It was only much later in my life that I decided to step into her shoes, get the stove going, and see what it was like for myself,” says Ankiet. Living alone in London pushed him to cook and gradually consider the possibility of taking it up as a career. His stints at BBC GoodFood Magazine India and The Eat Post website honed the skills that would later equip him to start building Belly Over Mind.

Belly Over Mind began as a personal documentary around food in 2000, but soon evolved. Today, it is a much respected recipe blog that has won fans far and wide. Ankiet is vocal about his passion for blogging, “The joy of finding a new ingredient, mastering a new technique and developing a discerning eye for what makes a dish so special is what brought me to blog about it.” He adds,

“I am hungry everyday for a new flavour, or a new spin on something classic, and this is what makes documenting recipes so exciting.”

It is this passion that led Belly Over Mind to being nominated for and becoming a finalist at the 2017 Saveur Blog Awards. “The Saveur Blog Awards has been known to feature hot names in the blogging space, so just to be considered in one of their nomination categories is a thing of prestige,” says Ankiet. “While I may not have won, it’s not disheartening in any way because every blog is so unique in their voice and what they bring to the table.”

Recipe development is one of the most crucial aspects of working on a food blog. Ankiet says that the process has a lot to do with old-fashioned research. “Opening up an old Delia Smith or a new Nigella recipe side-by-side gives perspective on how you can approach and shape a dish that’s still a very rough idea in your head. Comparing notes and penning down something of your own is not enough though. You need to test it and fail at it to really make a recipe,” he explains. “I believe a good recipe is one that is so littered with tips that you never have to go looking elsewhere,” says the blogger.

One of the reasons Belly Over Mind stands out is because of its stunning food photographs. And contrary to what readers might assume, there isn’t any fancy equipment behind it. Ankiet uses an iPhone to capture the beauty of most of the food he cooks.

His advice to someone who wants to get better at food photography is to get cooking first, and then let the whole process — right from buying the right kind of vegetable, to prepping it and finally cooking it — guide them visually.

“It’s really a very photogenic process. As much as I like a finished dish, I enjoy looking at beautiful shots of the process a lot more,” explains Ankiet.

Ankiet also collaborates with various brands, and dabbles in food styling, which funds his cooking experiments. However, he is firm about the voice his blog maintains, which is a no-nonsense, say-it-how-it-is kind of wholesome food voice. He does not endorse a brand or a fad that he doesn’t like. “If I don’t feel like using it in my day-to-day process, it’s going to reflect in the recipes and the way I talk about it. Never lose the integrity of your blog because someone is paying you for it. Trust me, it’s not worth it,” he asserts emphatically.

The recipe for a good blog

Ankiet’s ingredients for a good recipe blog includes a good layout that showcases recipes the way you intend them to be, a mobile-friendly interface, an easily accessible search tool, and most importantly, quickly replying to comments that are cooking queries.

Learn as much as you can — read extensively, and never pass up the opportunity to meet someone who can teach you something new is his advice for aspiring bloggers. “Don’t get discouraged with the failure to achieve a dish the way you want. Be at it and you’ll eventually get there,” says the master.

Do you follow Belly Over Mind? Let us know which of Ankiet’s recipes you will be trying out soon!