In Conversation With Chef Giuseppe Lioce

Chef Giuseppe Lioce has been wowing diners and critics with his simple south Italian fare at Prego in The Westin, Koregaon Park, Pune. Vikhroli Cucina caught up with him to find out about the nuances of Italian cuisine, his signature dishes and more

Italian food is a blend of exciting flavours and quality ingredients that creates magic on a plate. And it’s chefs like Chef Giuseppe Lioce who have been introducing more and more Indian diners to regional Italian dishes that they would otherwise have to travel to taste. Since two years Chef Lioce has been at the helm of Prego, the Italian restaurant at The Westin, Koregaon Park, Pune. There have been rave reviews from diners and critics alike about the south Italian food that he has been rustling up. His signature dishes include carpaccio or paper-thin slices of tuna flavoured with orange; ravioli filled with Gorgonzola cheese and served with a pepper and cheese sauce; Mediterranean cavatelli, a traditional homemade pasta with pesto, sundried tomatoes and black olives; Branzino livornese or seabass cooked in tomato sauce, capers, olives and served with fried polenta and spinach; braised lamb; and his famous dessert, the Millefoglie. 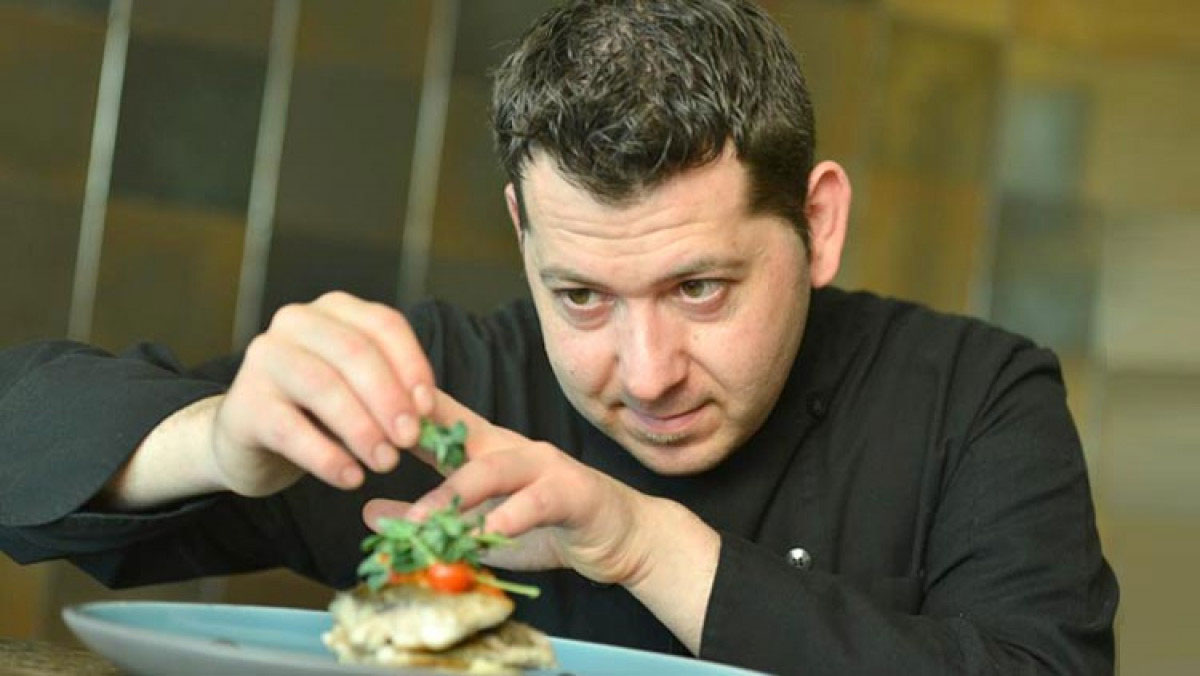 A career that spans over 15 years
Chef Lioce has been working in the hospitality industry for more than 15 years. His stint began at the age of 14 in small restaurants in his hometown during school time and in Rimini in northern Italy during the summers. After completing his training, he moved to London to begin his professional career when he was only 19 years old. Since then there has been no looking back for Chef Lioce who has worked in countries all over the world including Ireland, Switzerland, Spain, Australia and India. “I worked at the Hotel Olden in Gstaad, owned by Mr. Bernie Ecclestone (the Formula One tycoon). I began to learn about high level cuisine over there. After a year in Switzerland, I joined the prestigious Michelin-starred restaurant, Olivo, in Mallorca as a Chef de Partie,” says Chef Lioce. He adds that it was his dream to work for Starwood Hotels & Resorts (The Westin’s parent company), “Above all, The Westin relies on quality, which is the reason why I enjoy working with them.”

According to Chef Lioce, his mother and Chef Guillermo Mendez are his sources of inspiration. “In particular, Chef Mendez taught me that success comes from humility,” he says and it’s a lesson he has clearly imbibed. His recipe for success is simple, “Humility and passion for work are fundamental. Beside those, good extra virgin olive oil is a must in my dishes.” His favourite chef is Ferran Adrià, also known as the father of molecular gastronomy.

Any chef faces ups and downs but sometimes the biggest challenge can be closer to home. As Chef Lioce points out, “The biggest challenge was to cook for my parents. For the first time, I experienced the anxiety of being a chef. I prepared a surprise dinner with my mother’s recipes.” His most memorable experience was during his stay in Spain when he had the honour of cooking for renowned celebrities, politicians and stars.

The nuances of Italian cuisine
Chef Lioce specialises in food from southern Italy which is quite different from that in the northern part of the country. “The food from south Italy is much lighter: pasta is not made with eggs and cream is rarely used. On the other hand, herbs are preferred and there’s a wide selection of olives and vegetables,” he explains. He also elaborates on the kind of food he grew up with, “I grew up in Noicattaro, a small town of peasants, which is close to Bari in south Italy. Therefore, our dishes are very basic and simple where the quality of the products plays a key role. They are cooked with extra virgin olive oil and fresh fish is flavoured with herbs from the countryside. Pasta is prepared by mixing durum wheat flour with water and oil. The most popular cheeses in southern Italy are buffalo mozzarella; caciocavallo which is made out of sheep or cow’s milk and burrata, a white cheese made from mozzarella and cream.”

Italian food in India is mostly represented by various types of pasta and pizza. But Italian cuisine is much more than just that. “Every evening I suggest different dishes to my clients which they have never heard of. These include arancini or rice balls stuffed with mozzarella which are usually served as a starter; piadina romagnola which is an Italian flatbread that is grilled and filled with ham and mozzarella; braised lamb cooked with wine, herbs and meat stock; and pasticciotto, a dessert from south Italy where that consists of shortcrust pastry filled with custard and icing sugar,” says Chef Lioce.

Life beyond work
Though he leads a busy life, Chef Lioce does take time out for himself, “I like spending my free time with a few friends, enjoying a glass of wine and listening to live music.” He loves Mediterranean cuisine and his favourite restaurant is El Celler de Can Roca at Girona in Spain. He has also travelled to Mumbai, Delhi and Bengaluru during his two-year stay in India and says he wants to head south next. Ask him which city he really likes and pat comes the reply, “Certainly, the chaos in Mumbai strikes me the most.” Chef Lioce says he finds the diversity in Indian food interesting, but what really fascinates him are the spices that are used.

Chef Lioce signs off with three easy tips for those who want to try their hand at Italian food at home, “Take care of the quality of the products, keep the dish simple and enjoy yourself while cooking!”