I love food and I get paid for it: Chef Paul Kinny’s take on living his dream

Chef Paul Kinny, the Culinary Director at Bellona Hospitality, speaks about his passion for food and why he compares working in a kitchen to a roller-coaster ride 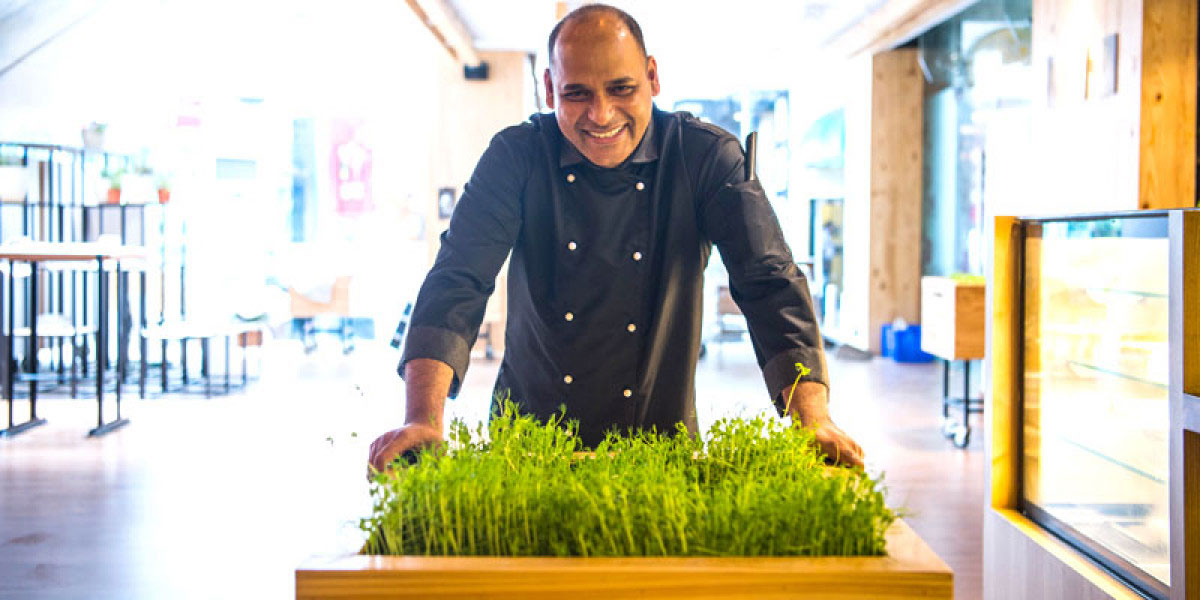 He is a respected name in the culinary circles who’s known for helming award-winning restaurants, has cooked for celebrities such as Bill Clinton, and worked with Sachin Tendulkar to set up his restaurant. With a career that spans over two decades, Chef Paul Kinny has quite a few accolades to his credit. He is currently the Culinary Director of Phoenix Mills and is spearheading the functioning of Bellona Hospitality, the food and beverage arm of Phoenix Mills, and oversees the kitchens of nine restaurants across Mumbai, Pune and Bengaluru.

Innovation, the name of the game
Paul takes us through a day in his life, “My day begins with a morning meeting with my team. I then check the ingredient list and take my rounds in the kitchen. I also attend meetings and work on new menus.”

His innovative food is one of the many reasons Paul is such a respected name in the industry. For example, one of his signature dishes is a take on the Thai street food staple Pad Thai where tender coconut strips replace rice noodles. “The Tender Coconut Pad Thai is one of my most favourite & fun innovations,” he says.

Paul’s food mantra is simple, “When it comes to food, I swear by these 3 prerequisites —seasonal & fresh produce, uncomplicated flavours & high on visual appeal with sublime textures.” India’s mature food scene also provides inspiration, “Diners are well travelled and are open to experimenting with new foods. That gives chefs the motivation to innovate,” he says.

Innovation is also the name of the game in a commercial kitchen, given that Paul compares working in one to being on a roller-coaster. “Every day is a new challenge. Some days, you have a sushi rolling workshop and you realise the mats aren’t in place or there is an event with 100 guests and your mousse isn’t set,” he explains. “But I believe that it is in such times that innovation is born.”

An inspired perspective
What keeps him going despite such a hectic schedule? Pat comes the reply, “Everything that I do in the kitchen is to serve two purposes — to keep my staff inspired and my guests engaged.” One thing Paul strongly believes in and even takes time out for is keeping himself informed about the latest trends not only in the culinary world but also in general. “Reading about trends forms a major part of my day. I like staying updated,” he says. Culinary trips are also an important aspect of his research, “Before we opened Shizusan, I took a trip to Taipei to personally experience the Asian food culture.”

A dream journey
Paul trained at Sophia Polytechnic in Mumbai and says he’s been living his dream, “I love food and I get paid for it, so that’s one of the 100 reasons that led me to become a chef.” Another learning experience for him was when he set up prominent restaurants such as the Salt Water Café and Smoke House Deli. “I was the Business Head at Impresario Hospitality (the group that owns these brands). It was a great learning experience for me and I got a 360 degree perspective on how a hospitality brand runs. I was able to design concepts from the perspectives of both a chef and Business Head. That’s when I delved into the sales aspect of food. It was definitely a dream for me.”

Ask him if he has any advice for upcoming chefs and he signs off with this nugget, “Invest in eating and don’t have any prejudices against any food.”