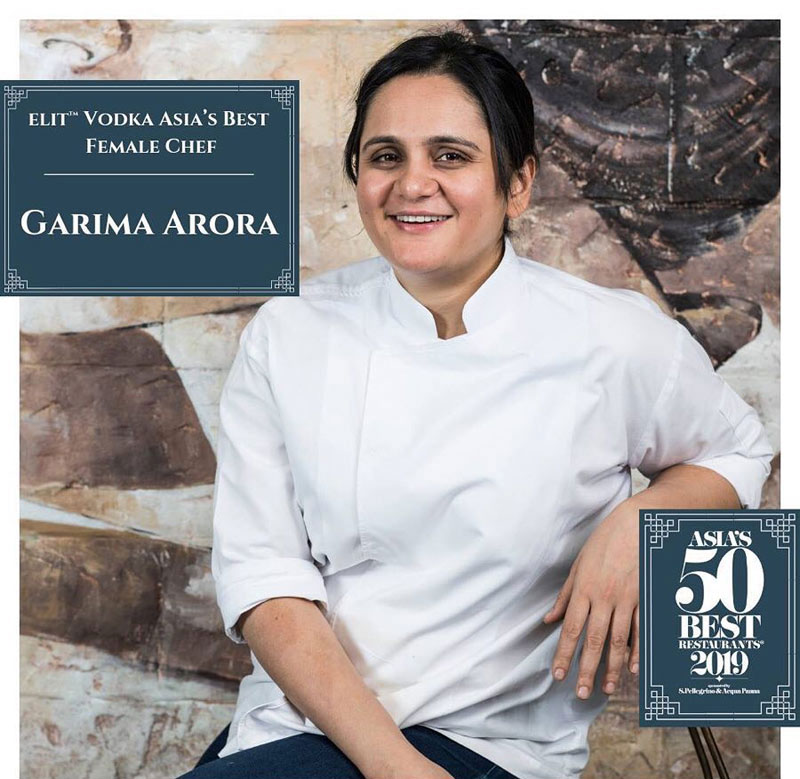 Garima Arora is a trailblazer in the culinary world. The first Indian woman chef to receive a Michelin Star for her restaurant Gaa in Bangkok, Garima is considered one of the brightest stars in the restaurant galaxy. Her culinary journey has been spectacular, almost dream-like. She has worked in some of the most famous kitchens in the world under the tutelage of the greatest stalwarts in the business.

The taste of success

Garima’s restaurant Gaa opened its doors to the public in Thailand in 2017, and in 15 short months snagged the prestigious Michelin Star. The Star was awarded to the restaurant for its modern cuisine created by blending traditional and innovative cooking techniques. The restaurant whose name comes from her initials – Ga from Garima and A from Arora – aims to provide its patrons with a multi-sensory experience where they taste dishes unique to the restaurant, which they have never eaten anywhere else.

Gaa offers two fixed menus – a 10-course meal and a 12-course meal. Gaa offers modern cuisine intermingled with Thai and Indian traditions. The focus is on local ingredients and infusing modern cooking techniques into local dishes to create something extraordinary and surprising. Gaa’s most famous jackfruit dish bears testimony to the innovative cooking that characterises the restaurant’s kitchen. Unripe jackfruit is grilled until it is tender and juicy and served with roti which has ripe jackfruit in it. A mix of Thai and Indian cooking traditions, this dish combines techniques, traditions, flavours and cultures of the two countries.

Growing up in a Punjabi household, Garima always had a great passion for food and cooking. She has fond memories of sharing the kitchen with her food-enthusiast father from whom she learned to appreciate the nuances of different cuisines. Even with her penchant for food, she didn’t set out to become a chef initially. With a degree in journalism, Garima was all set to become a journalist when she realised that her passion for food was overriding her journalistic ambitions. She quit her job in six months and embarked on her culinary journey by enrolling in the prestigious Le Cordon Bleu in Paris.

After culinary school, Garima applied for and was chosen for an internship at the award-winning restaurant Noma, where she worked under food maestros such as Rene Redzepi and Gordon Ramsay. Later she moved to Bangkok to work under another legend Gaggan Anand of the eponymous Gaggan restaurant. Under the mentorship of these stalwarts, Garima found a new understanding of food and coupled with her own creativity and tenacity she was able to find her own food style that ultimately led her to the brilliance that is Gaa.

According to Garima, Gaa came about most serendipitously; she was supposed to head a restaurant for Gaggan Anand in Mumbai post her stint in Gaggan, Thailand. The Mumbai restaurant did not materialise for various reasons, but the same investors imposed enough faith in her to invite her to helm a new restaurant in Bangkok.

Gaa’s Michelin Star bears testimony to the fact that Garima has transitioned from being a chef to a successful restauranteur with great aplomb. Her sights are now set on storming the restaurant scene in New York with similar success. The Michelin Star was just the beginning of greater things to come, and she loves that she’s paving the way for a generation of Indian chefs on the world stage.

Team Vikhroli Cucina wishes her the very best in all her future endeavours.