Barkat: A memoir of kindness and philanthropy 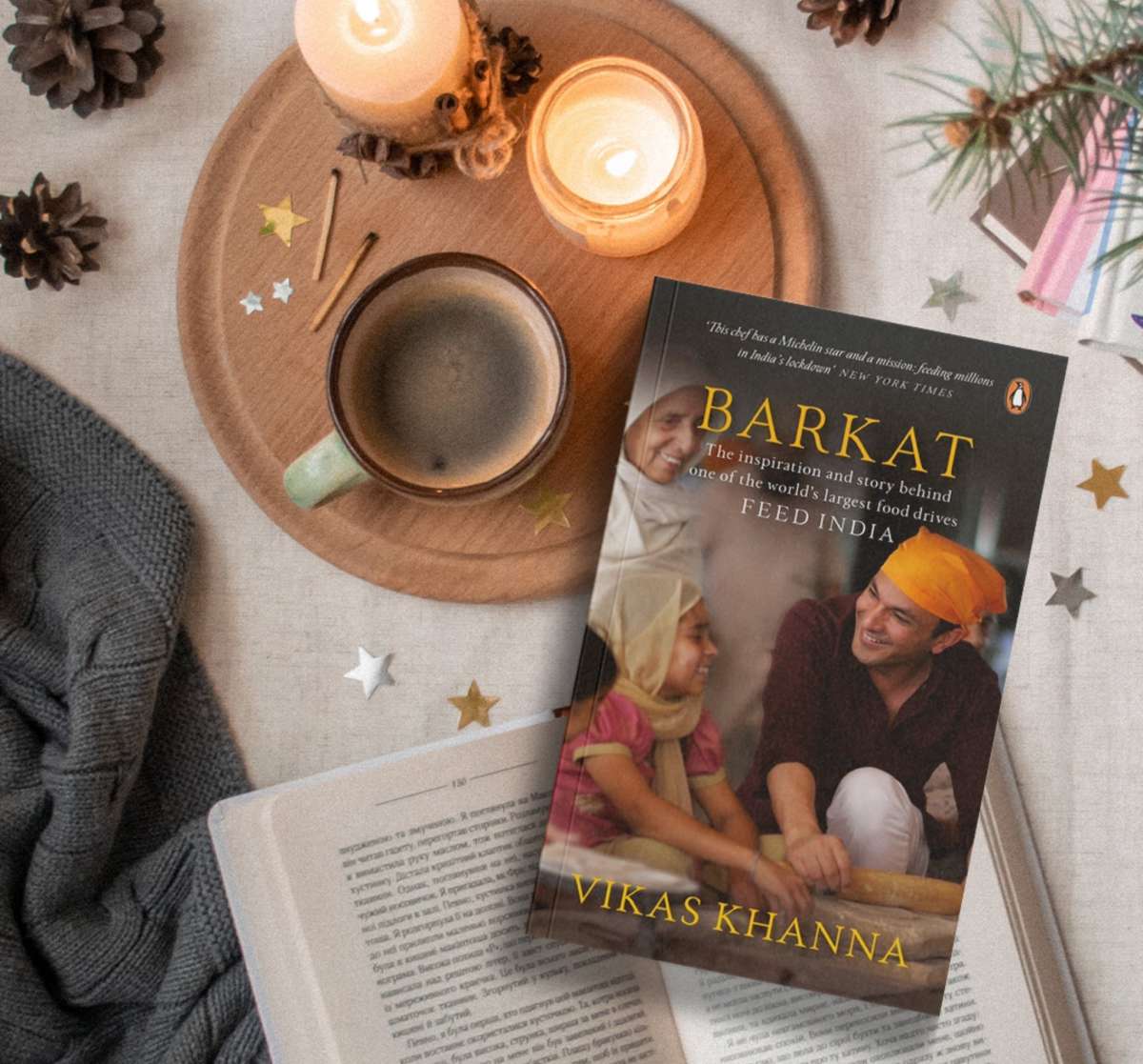 Chef Vikas Khanna’s 37th book ‘Barkat’ is all about food, passion, generosity, compassion, love and hope, written at a time when depression and loneliness were the only companions during the pandemic. Khanna is no stranger to writing, having authored several books on food, festivals, and fiction. Published by Ebury Press, an imprint of Penguin Random House, ‘Barkat’ is Khanna’s homage to his roots and cultural heritage.

The inspiration behind ‘Barkat’

For Chef Vikas Khanna, the idea started with a tweet in April 2020, and ended in a 150-page book in 2021. The book captures the journey of one of the world’s largest food drives, ‘Feed India’, during the lockdown. He was honoured with the prestigious 2020 Asia Game Changer Award in October last year for this humanitarian initiative.

Khanna’s inspirational initiative ‘Feed India’ was a result of two constant influences — his ‘Biji’ (grandmother) and the langar at Golden Temple in Amritsar. In the book, Khanna recalls that his grandmother would start her day with ‘Annapurna chalisa’. The stories she’d narrate while cooking in her kitchen was how food became the centre of Khanna’s universe.

Like many devout Punjabis, Khanna has utmost reverence for the Golden Temple in Amritsar. His zeal to give back to the community goes back to the essence of langar and seva. In the book, Khanna recounts that the first bag of atta from the household would always be taken to the langar on Baisakhi. Carrying that bag of atta ingrained in him the value that something as small as that can satiate some of society’s hunger. It is here that he received his first lessons in sharing, kinship, and selflessness.

Link between food and faith

His exposure to a community kitchen at the Sri Krishna temple in Udupi reiterated the inextricable link between food and faith across religions. He also writes about how he volunteered to cook for firefighters at Ground Zero in the US in the aftermath of 9/11. Khanna also organised a fundraiser for tsunami victims with top New York chefs. That eventually resulted in a call from Gordon Ramsay and a journey that had no looking back.

Lending a helping hand during the pandemic

The crucial lessons learned in life inspired Khanna to launch his ‘Feed India’ initiative. So, when the pandemic struck, he was quick to take action by setting up makeshift kitchens and ensuring millions were fed daily. His single tweet on April 1, 2020, started a massive drive that eventually crossed over 65 million meals and other basic necessities. A basic kit containing ration items, hygiene essentials, sanitisers, sanitary napkins and other essential items were packaged together and sent across various institutes.

Have you read Barkat yet? Tell us in the comment section below.