Did you know these iconic dishes originated in the kitchens of Mysore Palace?

While the Mysore Palace is famous for its annual Dussehra celebrations, its kitchens are also renowned for being the birthplace of these iconic dishes 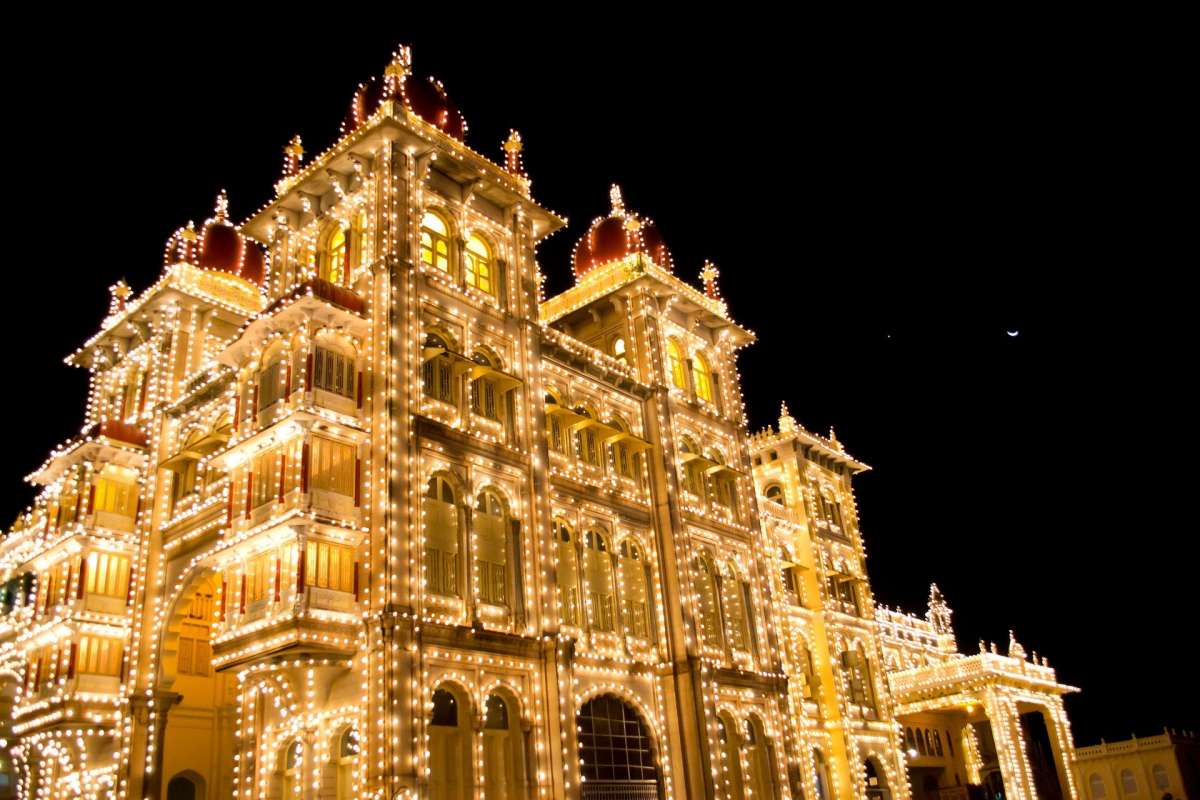 Dussehra celebrations at the Amba Vilas Palace (commonly known as the Mysore Palace) are a sight to behold. The festivities — also called Mysuru Dasara — apparently date back to 1610 when Raja Wadiyar I, the ninth ruler of the Kingdom of Mysore, performed a special puja to worship Goddess Chamundeshwari. The highlight of the celebrations is the lighting up of the palace — over 100,000 bulbs illuminate and transform it into a fairyland of sorts!

As famous as the Mysore Palace is for the 10-day-long festivities, its royal kitchens are also equally renowned for the food that has been prepared there for centuries. The royal cooks knew their art, and they knew it well indeed, transforming ingredients such as the indigenous Rajamudi rice, ragi, puckeringly sour kokum, mildly sweet coconut, fiery red Byadgi chillies and spices such as cinnamon, peppercorns, bay leaves, cloves and cardamom into wholesome delicacies. Some of these include vegetable gravies cooked in different styles, kosambari (soaked moong dal-based salads), puliyogare (tamarind rice), palyas (stir-fried veggies with coconut), gojju (spicy, sweet and sour curries), huli (a version of sambar), non-vegetarian preparations (especially lamb) and desserts such as obbattu (similar to puranpoli) and varieties of payasam (kheer).

Given the culinary repertoire, it isn’t surprising then that many iconic dishes consumed across the country owe their origins to the royal kitchens of the Amba Vilas Palace. Take for instance, the eponymously named Mysore paaka or Mysore pak, as it is popularly called today. This fudge-like sweet is said to have been accidentally invented in 1935 by the royal chef Kakasura Madappa when he cooked gram flour (besan), ghee and sugar together. The concoction was served to King Krishna Raja Wadiyar IV, who loved it so much, he proclaimed it as the royal sweet. Today, Mysore pak is commonly prepared for various festivals, and its variants can be found across the country, right from humble mithai shops to fine-dining restaurants.

Another dish that is said to have begun as an experiment in the royal kitchen is avial. Yes, you read that right. Avial is now synonymous with Kerala and invariably features in an Onam Sadhya. However, there are several versions surrounding the origin of this dish, which features a variety of fresh produce — usually raw bananas, drumsticks, beans, gourds, carrots and yam — in a mildly spiced coconut and yoghurt base. One of these traces back to a feast that was being prepared in the Mysore Palace kitchen. The story goes that the treasurer of the palace asked a cook to use a large basket of vegetable scraps instead of throwing them away. The cook prepared a gravy with coconut, yoghurt and spices and cooked the vegetables in them. Guests loved the dish, and since then, avial has ruled hearts and plates across Udupi, Kerala and Tamil Nadu!

The iconic bisi bele bath or bisi bele huliyanna is yet another crowd pleaser, which again is claimed to have made its way down from the royal kitchens. The name translates into ‘hot lentil rice’ from Kannada, which also perfectly describes what the dish is all about. While there are different versions of the recipe, short-grained rice, toor dal, tamarind pulp, jaggery, an aromatic spice powder (also known as bisi bele bath pudi), and vegetables such as carrots, onions, peas, beans and potatoes form the base. Bisi bele bath is tempered with ghee, mustard seeds, curry leaves, dried red chillies, asafoetida (hing) powder and cashews before being served.

It is said that bisi bele bath originally was only a rice and lentil-based recipe since the royals would have various vegetable-based side dishes along with it. However, as the dish filtered from the royal kitchens and became popular outside the palace, it evolved to include vegetables and became a meal that farmers usually ate after working in the fields.

Wholesome is the word that comes to mind when asked to describe the royal cuisine of Mysore. And while it might not seem as lavish in comparison to the dishes consumed by the Mughal or Rajput rulers, it’s clear that the kitchens of the Amba Vilas Palace have left their mark on the country’s culinary history.

Are there any other dishes that you know of which originated in the Mysore Palace? Let us know in the comments section.