Try cooking these interesting dishes in your cast iron skillet

Get experimental with your cast iron skillet. We tell you how 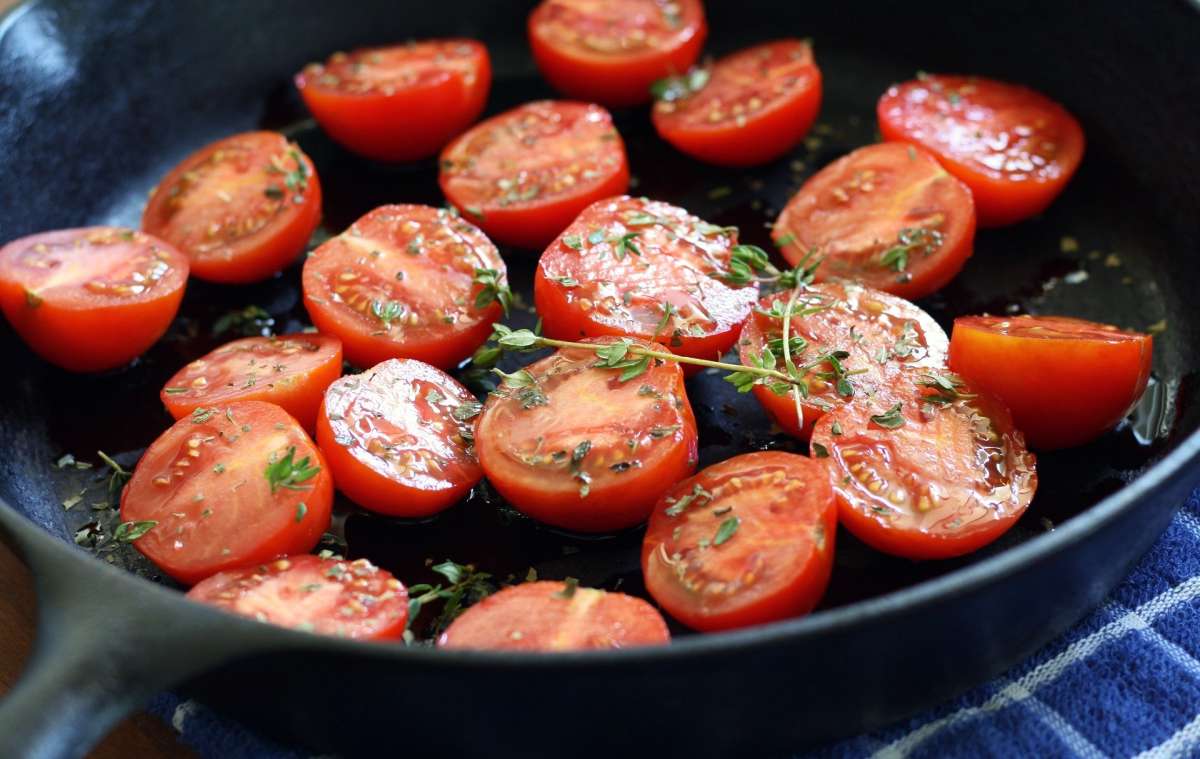 Cast iron skillets are classic cookware, often passed down through generations because they are indestructible and get better with years of using it. For the home cook during the pandemic, the kitchen came to be more than a place to sustain the family. According to Godrej Food Trends Report, 2021, consumers are investing heavily in kitchen appliances for convenience and time-saving qualities. And with the deeper exploration of traditional Indian tools in cooking, there is a predicted surge in demand for cast iron cookware. So, here are a few interesting dishes that are actually better when cooked in cast iron.

The only equipment we need to cook a pan pizza is the iron skillet. Double proof the dough by letting the bread dough rest, twice, after adding yeast, to get a thick crust. Press the proofed dough out onto the skillet, and you’re ready to bake. Top it up with cheese, pizza sauce and vegetables of your choice. Sprinkle some dried oregano and mozzarella cheese on top, and then place the skillet on a stovetop burner on high heat for a couple of minutes. Transfer it to the oven and bake for around 20 minutes until the cheese gets a s brown hue.

Prepare the vegetables by slicing them as per choice. Whisk a couple of eggs in a bowl and stir in shredded cheese, fresh herbs, ground pepper, and salt. Now heat some olive oil in a skillet over medium heat and cook the vegetables for three-four minutes until they start to brown, and then keep it aside. Now pour the eggs into the skillet and let it cook for half a minute. Next, add the vegetables back to the pan with the egg and stir till both combines. Serve immediately.

Toss some cabbage and lime juice in a bowl. In another bowl, toss shrimp with lime zest and coriander. In a skillet, heat oil on medium heat until it’s hot. Add shrimp in a single layer and cook until it’s opaque throughout. Serve the shrimp in flour tortillas with the cabbage mixture, some sour cream, hot pepper sauce and lime wedges.

An easy to cook creamy Mac and cheese is loved not just by adults but kids too. For this, you need about two cups of uncooked pasta, two tablespoons of butter, flour, some cheese, cream and vegetables for toppings. Cook pasta, drain and set aside. Meanwhile, melt butter in a cast-iron skillet on medium heat. Stir in two tablespoons of flour until smooth and gradually whisk in the cream. Bring to a boil while stirring constantly. Cook and stir until thickened, followed by adding in cheese. Next, mix in the pasta and cook until heated thoroughly, and add toppings as per choice.

Do you know any other recipes to cook using a cast iron skillet? Share in the comments section below.