Spreading batter into a circular dosa is an art not easily mastered; the level of difficulty goes up a few notches higher to transform it into a crisp golden Mysore masala dosa. Shri Bala, a chartered accountant and company secretary, and guest chef at 5-star hotels, gives you the recipe for the perfect Mysore masala dosa in seven easy steps. Are you up for the challenge? 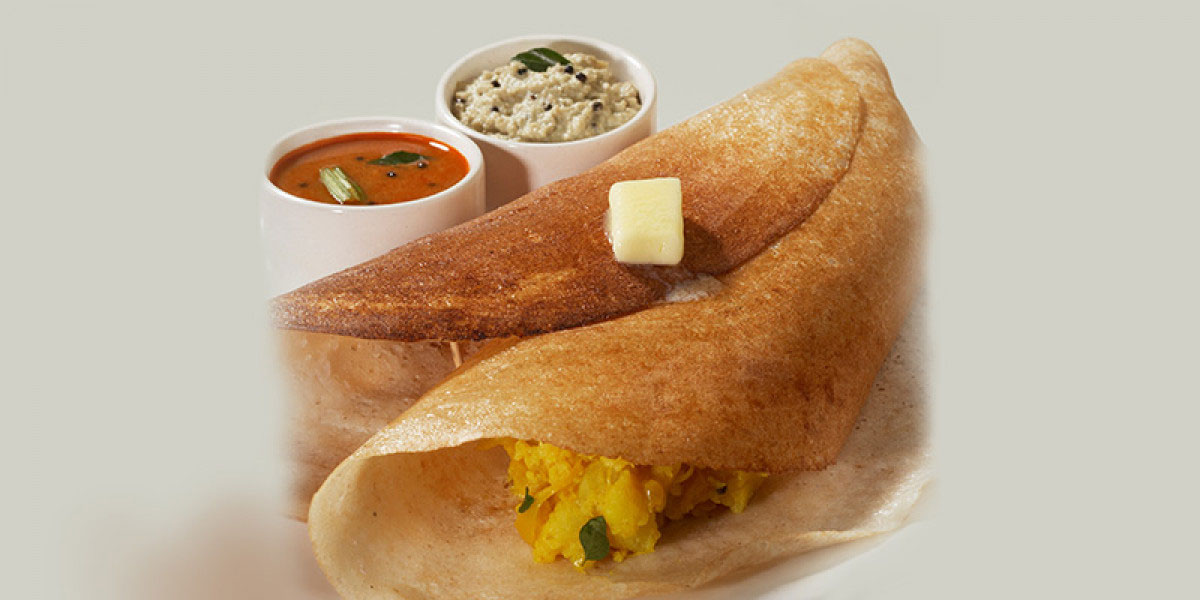 To each his own

There are several versions claiming to be the authentic Mysore masala dosa. However, Mysore masala may be an innovation born out of the sheer boredom of eating regular dosa, day in and day out; so it might not have a claim to authenticity. Let's enjoy the innovation and the variations we bring to the innovation.

The dosa batter and fermentation process is different from the idli batter. I would claim my mother's dosa batter the best in the world for it has never failed me, and the dosas always turn out crisp. The ingredients are par-boiled rice, urad dal, methi and salt. The hallmark of a good dosa is its warm golden brown colour. A tablespoon of tur dal, channa dal, poha and sabhudana, each soaked together in a separate bowl and mixed with other Ingredients while grinding is my mother’s secret ingredient for the perfect gold hue, which I now share with you. The four ingredients add a golden brown hue to the dosas and a crispy texture such that of a kadak roti.

The chilli makes all the difference

What is quintessential to the Mysore masala dosa is the red chutney. If you have been wondering "why is my Mysore Masala dosa not tasting the same as so and so?” it could because you are using the wrong chilli to make your chutney. You HAVE to use the Byadige chilli and the not the Guntur one.

There are two schools of thought on what should comprise the filling in the dosa. One school swears by the regular masala dosa filling, potato and onions with ample turmeric to give it the yellow tinge. The other school believes in keeping it red with the addition of carrots, tomatoes and red chilli. I belong to the second school,

A restaurant will cook dosa only on one side — their burner is such. But when you make it in your kitchen, flip it to the other side as well. It adds value in two ways: the inner layer gets oiled so while applying the chutney doesn't stick; it also makes it extra crisp so that the dosa won't turn very dry even when eaten cold.

Switch off and indulge

Enjoy your dosa. Switch off your mobile and other disturbances as you dig into the spicy treat.