Unlike most of her peers, Chef Rakhee Vaswani does not dream of owning a restaurant. Instead, she prefers teaching and moulding aspiring chefs. In a tête-à-tête with Vikhroli Cucina, Rakhee opens up about why she would choose teaching over everything else 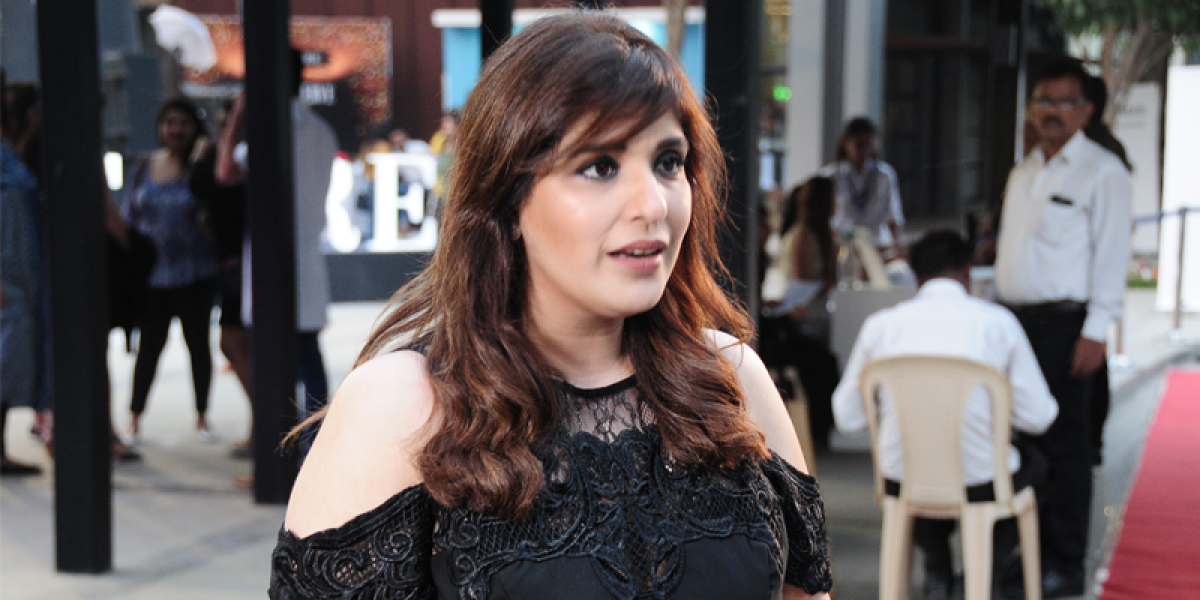 Chef Rakhee Vaswani wears many hats — she’s a culinary expert, food consultant, food blogger, cookbook author, teacher, and TV show host. But ask her which one is her favourite, and she’s quick to answer

“I want to go down in history as the best culinary teacher. I want the world to recognise me as an amazing teacher.”

Her love for teaching inspired her to launch Palate Culinary Studio ten years ago. What started as a series of 10 workshops in a small garage has now become a successful studio with 150 training sessions. Palate Culinary Studio is India’s first academy to offer a UK-certified CTH (Confederation of Tourism and Hospitality) course. Rakhee explains,

“The biggest challenge was breaking the stereotype that chefs need to have their own restaurants. I had a difficult time convincing people that I am a teacher and want to share my knowledge with people who want to become chefs.”

Rakhee usually conducts one and two-day workshops on various regional and international cuisines. She has trained people in baking and cooking Asian, Thai, Mongolian, Mexican and Lebanese food. Rakhee’s students include people of all ages and from different walks of life. There are professionals, college students and even children — people who either want to take up cooking as a career or as a stress-buster.

She has even trained Bollywood celebrities such as Arjun Kapoor, Malaika Arora Khan and Kriti Sanon. Rakhee counts the chocolate making workshop with Kriti as one of her favourites. The actor had to train as a chocolatier for her role in the movie Raabta. Rakhee says, “Kriti messaged me when she was shooting for the movie in Budapest. She said that she looked very convincing when enacting her role. These are the best gifts that a teacher lives for.”

Rakhee says she was always a foodie. When girls her age were playing with dolls, she preferred helping her mother and aunt in the kitchen. She even went to cooking classes with her aunts! But growing up in a conservative Sindhi family, becoming a chef wasn’t a career option. Rakhee got married at the age of 23 after her graduation. Marriage was a blessing in disguise since her husband was a foodie as well. He persuaded her to take home cooking classes, which she enjoyed.

As her kids grew up, pursuing her cooking career became difficult. “At the peak of my business, I gave it all up to become a hands-on mother. I wanted to give complete attention to my children,” says Rakhee. But she never gave up on her dream and decided to pursue it after a few years.

In 2005, Rakhee enrolled for the Le Cordon Bleu programme at Gordon Ramsay’s Tante Marie Culinary Academy in London. The prestigious Le Cordon Bleu certification is considered one of the best for basic cookery skills, especially in classical French cuisine.

Moving to London was another challenge in itself. Long commuting hours, the unfamiliar climate and being away from her family was tough. “There was not a single day when I did not cry,” says Rakhee. However, she completed the programme and came out stronger.

Rakhee didn’t stop at that though and has continued to upgrade her skills. She has attended culinary tours and workshops across the world. Interviewing renowned chefs such as Atul Kochhar, Raymond Blanc and Eric Lanlart has also helped her pick up tricks of the trade.

Over the years, Rakhee has evolved into a cookbook writer and a TV show host. Her book, Picky Eaters, makes home cooked food interesting for kids without compromising on nutrition or flavour. “It was an amazing experience sharing my knowledge through a book,” Rakhee says.

Another enjoyable experience for her has been hosting cookery shows on Living Foodz and Food Food channels. Rakhee demonstrates a variety of recipes — exotic cakes, quick party snacks, superfoods and fusions of her own recipes.

Despite juggling all this, Rakhee still has a lot more on her platter. A book on baking is in the works. She also plans to expand Palate Culinary Studio through franchisees, but does not want to compromise on quality. Another pet project is opening a culinary school and getting more international chefs to train her students. Here’s wishing her luck for her ventures!