Not your everyday garam masala

Looking for a spicy masala marinade for your chicken? Check out these gourmet condiment brands for the perfect mix 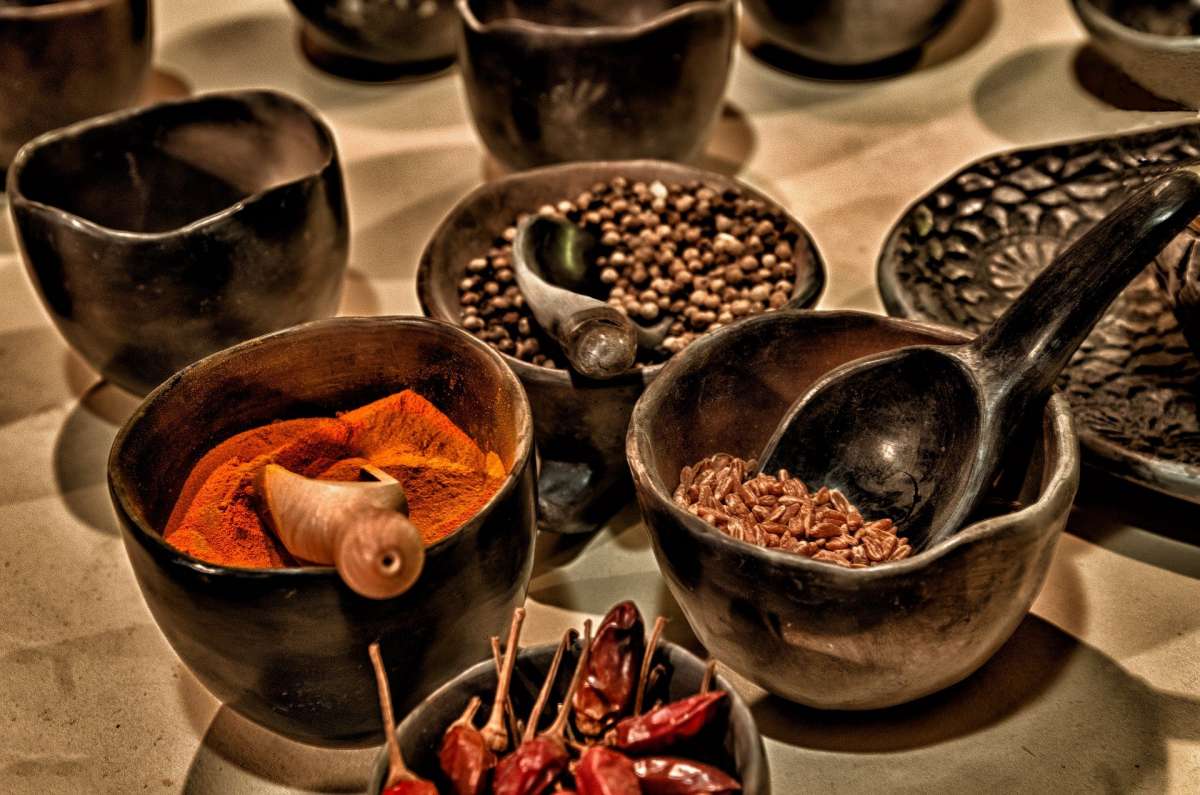 India has a rich and varied palette of spices that evolve as you move from Kanyakumari in the south to Kashmir in the north. For instance, Dale Khursani is a spicy round chilli found in Sikkim, and is known to be one of the spiciest chillis in the world. Consumed with the tempering quality of ghee, the chilli gives a zing to the regional dal-bhaat-tarkari. Similarly, Bhoot Jholokia is another spicy pepper commonly found in the northeastern states.

Spices are not an Indian creation and were introduced and popularised by Europeans. With time, it has become an inseparable part of the cuisine to the extent that spice-less dish is too ‘pheeka’ or not favoured at all.

Global dishes are given a twist (paneer tikka pizza anyone?) with the help of our wide range of spices and condiments which, let’s admit it, makes food taste so much better!

The ex-corporate professional, Sarita Hegde founded ‘Not just hot’ as a way of discovering the authentic flavours of different lands, including her motherland India. Along with her mother, Dr Indira Hegde, Hegde sells a host of spices, condiments and hot wok sauces. Their ‘Green hot sauce’ is a spicy number made with two different types of green chillies, while the ‘Andhra chilli sauce’, evokes the taste of the state’s classic chicken chilli, and is made of green chilli, soya sauce, rice bran oil and a secret batch of spices often referred to as ‘secret spices’ on their labels. Wok sauces include ‘Thai lemongrass wok sauce’, ‘Coriander root wok sauce’, ‘Sichuan wok sauces’ amongst others. A unique offering is that of the ‘Mothership’s spice mix’ which include spice mixes curated by Hegde’s mother such as the ‘Mothership’s fish mix’, made with Manglorean spices, and Karnataka chillies. Interesting condiments such as ‘Crispy fried onion’, ‘Dry prawn and chilli salt’ are also worth a try.

Ishka farms in Tamil Nadu, enjoys the privilege of being the only farm in India to sell the caper spice. Their famous ‘Kerala hot sauce’ is an amalgamation of the indigenous flavours of Kerala. The sauce is prepared using bird-eye chillies, green peppercorns, and the Ishka farms blue-eyed apple - Ishka Capers. Capers are tangy buds that are cured in Tuticorin sea salt and hand turned in Ishka farms every 5-7 days, at the end of which they are reduced to a grainy salt-like form. This spice is most often added in Italian and Mediterranean dishes. The ‘Caperberry Mustard’ is a mustard-like mix which acts as a spicy addition to mayonnaise-based sauces, glazes and vinaigrettes. The Ishka farms’ ‘Organic Moringa Powder’, is a spice made from moringa leaves, a prominent spice in South India.

Inspired by their father’s farming techniques, this mother-daughter duo passionately engage in a unique method of cultivation called ‘jungle farming’. Crops are planted amidst wild trees and fertilised using organic sources such as leaf mould and cow dung. Apart from spices such as the ‘Fiery sweet chilli sauce’ made using Himalayan chillies, the brand sells unique fruit-based condiments. For instance, the ‘Pear and cinnamon preserve’, made of Himalayan pears, cinnamon and lemon juice is a kind of jam that can be used on bread or pancakes or desserts. The ‘Plum spiced chutney’ is a tangy, sweet and spicy chutney made using Himalayan plums, chillies, ginger, cinnamon, and apple cider vinegar and can be used in wraps, burgers or as a dip.

Aamra began as a seed planted by a pioneering woman named Pushpawati Khaitan in 1964, when she founded the Nari Shakti Kendra (NSK), in a bid to provide the women in the local community with livelihoods. Today, led by Jaya Bajaj, the growing band of women are selling the products under Aamra, which means ‘together’ in Bengali and also refers to a small mango-like fruit. Unique offerings include the ‘Chai jaggery spice’ made with green cardamom and ginger in what they call a family recipe from Uttar Pradesh. The ‘Nepali chilli tomato chutney’ is made with tomato, timur peppercorns and makes a tangy dipping sauce for momos. The brand also boasts a wide range of pickles such as ‘Gobhi gajar shalgam pickle’, ‘Sweet chilli and peanut dip’, ‘Olive chilli oregano sauce’ amongst others.

A Sikkim-based brand, The Pickle Nation aims to deliver home-made local pickles and includes a wide range of products such as bamboo shoots with Dalle Khursani, which as mentioned earlier, is a red chilli pepper often found in Sikkim and known for a spice level ranging between 1,00,000 to 3,50,000 on the Scoville Heat Units. Similarly, ‘Dalle Kinema’, is a fermented ethnic soybean pickled in fried garlic and red cherry peppers.

Do you know some other interesting spice brands? Tell us in the comments section below