Must-try delicious dumplings from around the world 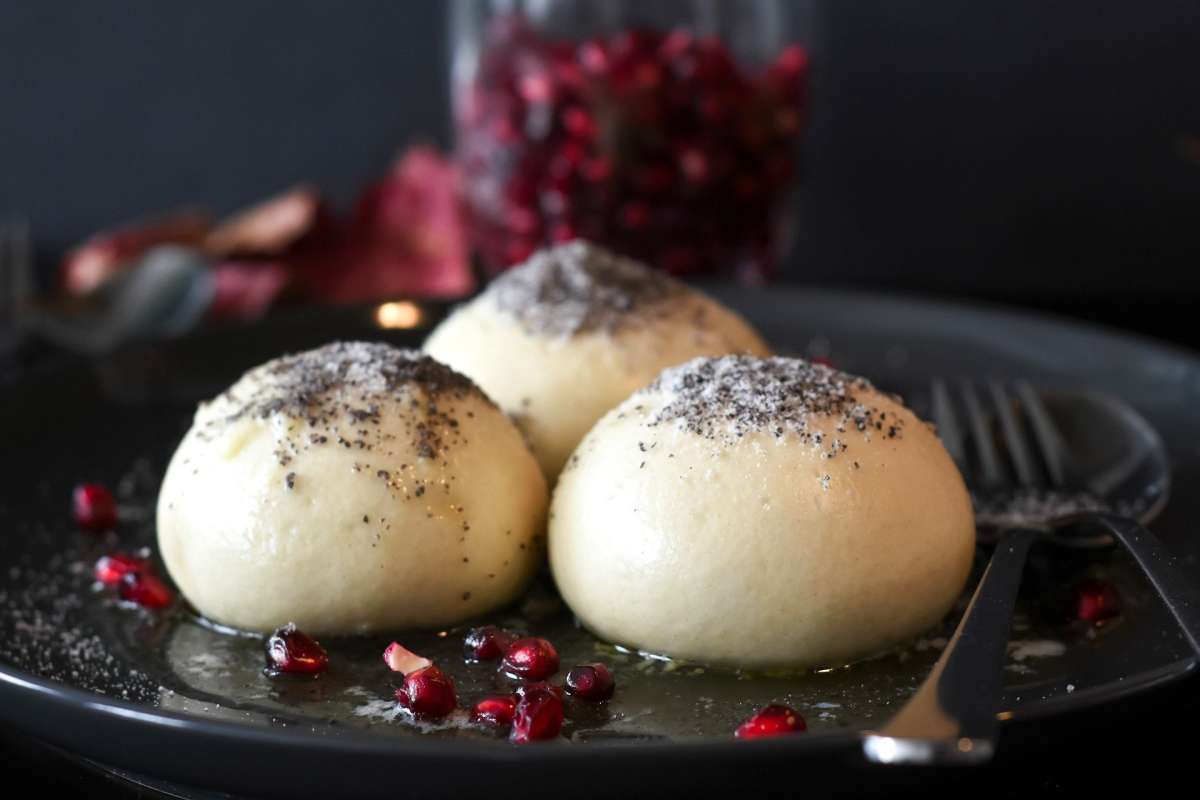 Are modaks the highlight of the Ganesh festival for you? You can try the lord’s favourite coconut-jaggery modaks with a dollop of Godrej Jersey pure ghee. But did you know that modak is a type of dumpling and many interesting dumplings exist in different cuisines around the world?

A dumpling is a dish that consists of dough wrapped around a sweet, spicy or savoury filling. The dumplings are usually cooked by steaming, boiling, or frying and are found in many cuisines. Here are some interesting dumplings from various countries.

It is a steamed dumpling with a covering of rice flour and a sweet filling made of molasses, ghee, sesame seeds and nuts. This delicacy of the Newar community in Nepal has a triangular (teardrop) shape and is eaten during the post-harvest celebration festival.

Cho muang or Chor (means bouquet) muang (purple), sometimes referred to as ‘Thai flower dumpling’, is a traditional Thai savoury snack. It is commonly shaped like a flower and has a purple hue derived from the Anchan or Southeast Asian Butterfly Pea flower. The purple colour comes from the butterfly pea flowers, which are actually blue, but lime juice is added to turn it purple. The exterior batter of the dumpling is made from rice flour, arrowroot flour and tapioca flour. It has seasoned meat filling such as shrimp, fish, pork or chicken. The filling is then coated with batter and moulded into the shape of a flower using tweezers to create the petal shapes of a flower before being steamed.

Pierogi are dumplings made by wrapping unleavened dough around a savoury or sweet filling cooked in boiling water. Typical fillings include potato, quark, sauerkraut (fermented cabbage), ground meat, mushrooms or fruits. Savoury pierogis are generally boiled before being pan-fried in butter with onions and served with sour cream.

It is a fluffy yeast dough dumpling shaped like a bun. Germknödel is cooked in a pot of boiling water. The dumplings are filled with a sweet plum jam spiced with cloves and cinnamon, boiled, and then served with melted butter, poppy seeds and sugar drizzled on the top.

Knedle is a delicacy of boiled potato-dough dumplings filled with plums or apricots. The dough is made with mashed potatoes, eggs and flour. The dough is flattened out, cut into squares, and the fruit is then placed in the squares. The fruits are completely covered in the dough and dropped into boiling water. When the dumplings start floating, they are taken out, sprinkled with sugar, and served.

Siomay is an Indonesian steamed dumpling traditionally made with pork fillings. They are usually cut into bite-sized portions and topped with peanut sauce, sweet soy sauce, chilli sauce, and a dash of lime juice.

Are there any other dumplings that you know of? Share them with us in the comments section below.