Lip-smacking samosa fillings to try at least once

From college canteens to airport lounges, the ubiquitous samosa with its innovative fillings can brighten up any friendly adda sessions 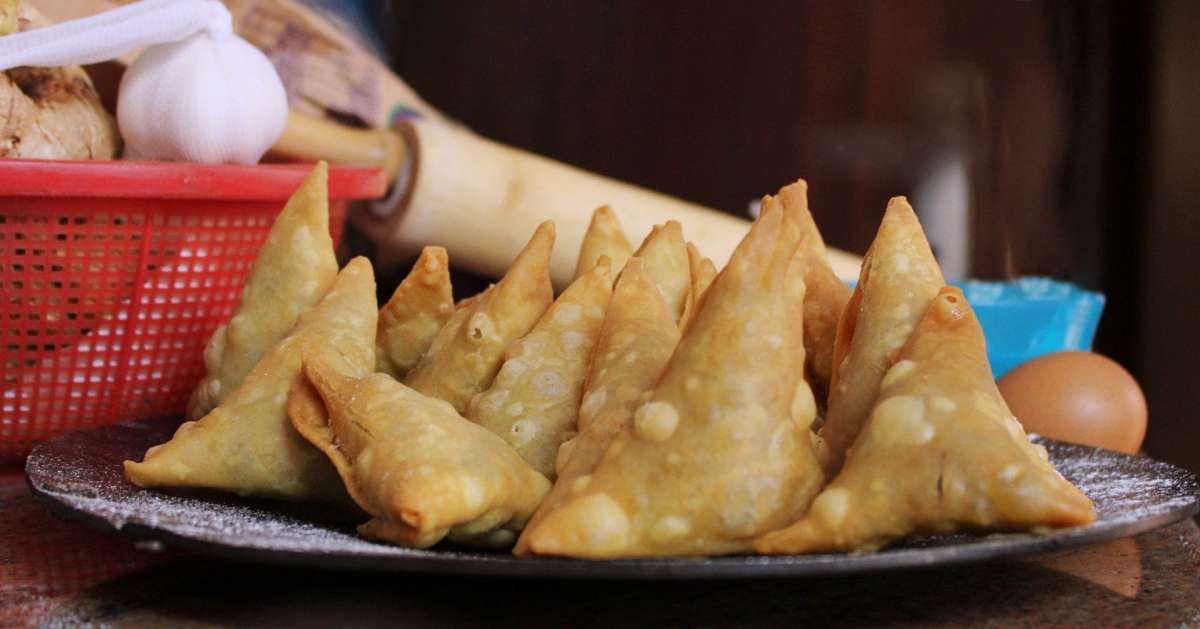 Who doesn’t love deep-fried samosas? This quintessential Indian snack packed with spicy goodness, which traces its origins to Central Asia, is much more than comfort food. According to historical accounts, samosa was introduced in India by the Middle Eastern chefs who worked in the kitchens during the Delhi Sultanate rule. And after having earned the blessings of the Indian royalty, it became food fit for the king. From a much-loved dish relished by the Mughal Emperors to becoming the snack of Indian streets, samosas have evolved over the years leading to multiple regional versions.

The lovers of this snack would tell you that a perfectly fried samosa is one that has a crispy outer casing which contrasts perfectly with the soft and spicy filling. Traditionally, samosas have a masala aloo stuffing made of boiled potatoes, green peas, green chillies, ginger and spices. Ranging from regular onion-filled stuffing to spinach, corn and peas, to khoya or coconut filling, the list is endless. Here’s a look at some of the delicious fillings worth trying, one bite at a time.

Bengalis are possessive of shingara (never call it samosa) that’s served with tea. The trick lies in getting the perfect cut of potatoes (in winter, cauliflowers are also added), which are not boiled but cooked. It is then mixed with peanuts, occasional raisins or cashew nuts and spiced with bhaja-moshla (spices). The shingara is given a perfect conical shape with the cooked filling inside and fried slowly on medium heat for a long time.

Minced mutton sauteed in spices, wrapped in samosa patti (spring roll wrappers) and fried to perfection is what keema samosa is all about. The crunchy shell has a neutral taste and doesn’t compete with the spicy keema texture. For extra crunch, you can add boiled and mashed potatoes with diced onions to the filling. The Bohri style smoked mutton keema samosas are smaller in size compared to the Warqi samosa in which the puff pastry sheet has to be rolled out to the perfect thinness before the minced mutton is added.

These triangles are stuffed with potatoes, peas, carrots and alliums like ginger and garlic. The mix is spiced with cumin seeds, garam masala and some fennel seeds. Unlike other variants, this samosa does not use boiled potatoes — instead, raw potatoes are chopped and allowed to cook in oil. For the outer covering, whole wheat flour is used instead of all-purpose flour.

Perfect for Diwali and Holi, this is a cross between a snack and sweet. The filling is made with khoya or coconut milk along with a host of dry fruits and nuts for a rich flavour. The indulgent sweet mix is enhanced by adding chironji, kesar and cardamom powder. The dough to make the samosa wrapper is kneaded to a tight consistency, tighter than the regular roti dough.

Do you know of any other innovative samosa fillings? Tell us in the comment section below.