Traditional pickles that are made in different parts of India

The ancient art of pickling makes the most of fresh produce. 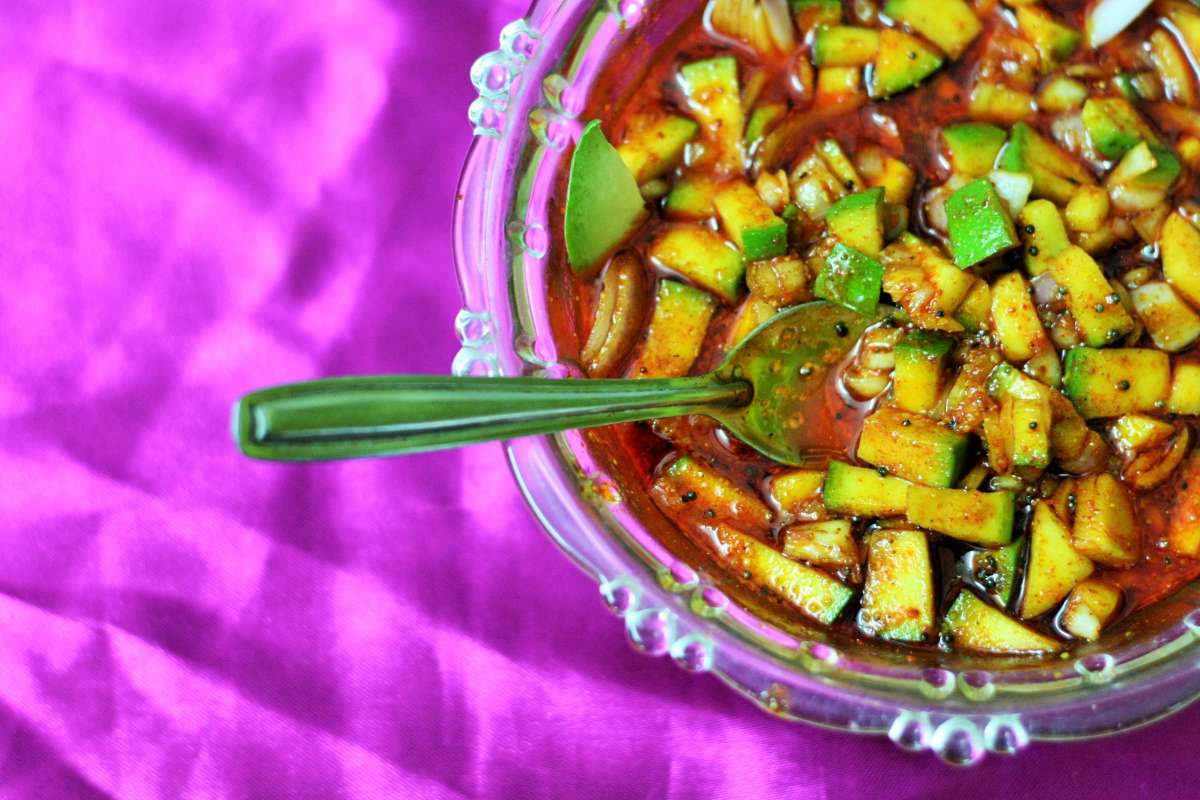 Hot aloo paratha with gobhi-shalgam-gajar achaar, dal-chawal with kachi haldi ka achaar, roti-sabzi with aam ka achaar or plain rice with gundruk ko achaar: so many delicious food combinations and paired with as diverse a variety of pickles.

Pickling is a culinary tradition that goes back centuries. According to historian and culinary anthropologist Kurush Dalal, it is difficult to determine exactly how old the tradition is, but it can be traced back at least 2000 years. He explains, “There are tonnes of Medieval Indian sources describing pickles. However, brining vegetables and meats is most probably a much earlier tradition, especially that of brining with mustard. Most Indian texts that specifically mention pickles all date to the 16th, 17th and 18th centuries AD.” The popular Hindi word achaar is also said to have its etymological origins in Persian, however, Kurush says that might not be true. “It’s just that we see the word preserved in the text in Persia prior to its occurrence in India,” he says.

Despite the versions of the roots of the tradition, one thing is for sure. Traditionally, pickling has been a popular event, one that would get family members (especially women) working together.  For pickling in India is often an elaborate and precise process, which involves sterilisation, preparation, temperature control and storage. In fact, according to Chef Kunal Kapur, pickle making is more science than art. “In the West, for instance, cucumbers, which were carried westward, were preserved in brine. Nearly every culture in the world has a tradition of preserves and pickles,” says Chef Kunal, who feels that pickle is a combination of right ingredients, attitude and loads of patience. The celebrity chef, who had a TV show called Pickle Nation, has been intrigued by the unique techniques, ingredients and history of pickle making that he got to observe in homes across India. Take for instance, a lesser-known pickle kaley til ki achar (black sesame pickle) from Siliguri in West Bengal. “This pickle, which is popular in winter, uses two primary ingredients — black sesame powder and chuk amilo (thick lemon concentrate),” Chef Kunal explains.

The purpose of pickling produce itself is three-fold, according to Kurush. The first is that it is a way of preserving seasonal produce and making it available throughout the year. The second is the nutritional aspect.

“The process of pickling makes these products easier to digest, which is an oft overlooked factor, and is beneficial to our bodies in multiple ways since we can then absorb the vital nutrients in a more efficient manner,” says Kurush.

Their taste-enhancing properties are another reason pickles were so popular. “Food is often monotonous and bland in rural areas, and it was the same during ancient times. Pickles elevate this food to a more palatable level. They excite the palate, trigger appetite, enhance your meal experience and of course they often deliver vital nutrients that are not in season,” he says.

Winters are usually a popular time for pickling because they offer some of the freshest produce, most of which isn’t available during the rest of the year. Take, for instance, crunchy and mildly sweet red carrots. These veggies are popularly transformed into gajar ka halwa, but they also lend themselves very well to a robust Punjabi-style gobi-shalgam-gajar achaar (with cauliflower, carrot and turnip) which has a savoury and sweet taste with just the slightest hint of tartness. Carrots also feature in a popular Parsi pickle called Gajar Meva nu Achaar, a must at all weddings and important feasts. This pickle is made by cooking grated carrots, dry fruits, sugar, vinegar and chilli powder.

Another winter favourite is the golden-hued kachi haldi adrak ka achaar, where fresh turmeric is the star. This pickle requires minimal ingredients — usually juliennes of turmeric and ginger, lemon juice and salt — and is made without any oil.

On the other hand, pungent mustard oil complements the distinct flavour of knol khol or kohlrabi in the savoury monji achaar. Spices and aromatics such as saunth (dried ginger powder), saunf (fennel seeds), ajwain (carom seeds) and red chilli powder further enhance the flavour of this Kashmiri pickle.

While winter sees a variety of produce getting preserved, it’s safe to say that raw mango is the star of pickles made during spring and summer. Interestingly while mango pickle is commonly made across the country, it varies from region to region. Chef Kunal says, “A Hyderabadi style of mango pickle (Avvakai) uses litres and litres of water and breaks the long-held notion that a drop of water can destroy a pickle. Limestone or chuna is used as a preservative instead of oil and vinegar. Once made, it is kept in the dark.”

But it isn’t just vegetables and fruits that are pickled though. Gundruk is fermented leafy greens (usually mustard and radish leaves) that have a distinct aroma and tangy flavour. When combined with chopped onions, aromatics, chillies and mustard oil, it turns into the delicious Gundruk ko achaar, a popular side in Darjeeling, which traces its roots back to Nepal. The Northeast also boasts of a lot of pickles, such as fresh bamboo shoots and chilli pickle. Meanwhile, in Tamil Nadu, winters are unthinkable without Mahaali pickle, which is made from a brown tuber. Chef Kunal says, “It smells of intense vanilla, bitter almond and cinnamon, and it is pickled in yogurt. This pickle survives for over two years in curd.”

According to Kunal, the biggest myth is that pickles are unhealthy. “But it is very much a part of our balanced diet and is considered a probiotic. Feel proud of our traditional pickle making culture and go ahead and indulge in the same,” he adds.

Which achaar is your favourite, and have you tried making it at home? Drop a comment below to let us know.