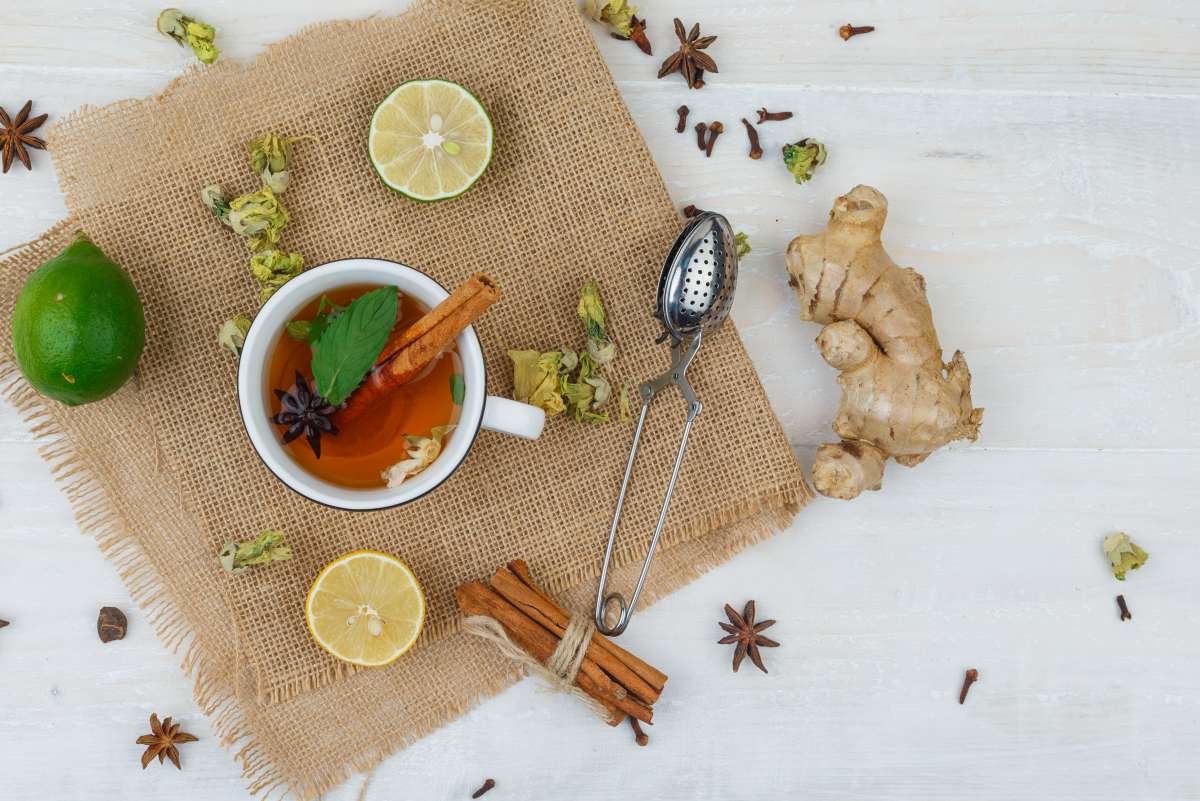 Winter is easing out, even as spring sets forth. But those sniffles, coughs and colds persist for many. And the first thing that people often turn to is the popular home remedy kadha. These are traditional drinks made from spices and herbs, which are believed to help boost immunity and in turn, beat those sniffles. Who amongst us doesn’t remember being given a hot cup of ginger-laden kadha by our mothers or grandmothers whenever we had a cold or the flu?

Each family invariably has its tried-and-tested kadha recipe, and it’s astonishing at the variety of nutrient-rich spices, herbs and even seeds that go into these herbal decoctions! Here are a few recipes using pantry staples that you can try the next time you try to get rid of a pesky cold or cough.

One of the simplest recipes, this kadha is prepared using only ginger and water. Boil grated or smashed ginger in water until it reduces to half the quantity. Strain the decoction and sip slowly. You can also stir in some jaggery if you would like to add some natural sweetness and additional nutrients to the kadha.

This kadha has been recommended by the Ministry of AYUSH (Ayurveda, Yoga and Naturopathy, Unani, Siddha and Homeopathy). Boil tulsi leaves, cinnamon sticks, black peppercorn, dry ginger (shunthi), and manuka (black raisins). Add jaggery or fresh lemon juice as per your taste.

Dry roast flax seeds in a flat pan until they splutter. In a saucepan, add water, sliced onions, fennel seeds (saunf), lightly crushed manuka, flax seeds and rock candy (mishri or khadi sakhar). Boil until the mixture reduces to half, strain and drink hot. This kadha is usually prepared for those suffering from a cough.

Boil some water, turmeric (fresh or powdered), cloves, cardamom, cinnamon and tulsi leaves. Simmer the mixture for a while, strain and add jaggery just before serving, if you prefer it sweet.

Dry roast flax seeds and carom seeds (ajwain) on a low flame for a few seconds until you get a toasty fragrance. Add water and let the mixture boil and reduce to half. Strain and have hot.

Boil a little cinnamon (whole or powdered) in some water for a while. Strain, add jaggery if you would like more sweetness and have the mixture hot.

Do you have any other kadha recipes to share with us? Let us know in the comments section below.