Have you tried this traditional ginger sweet? 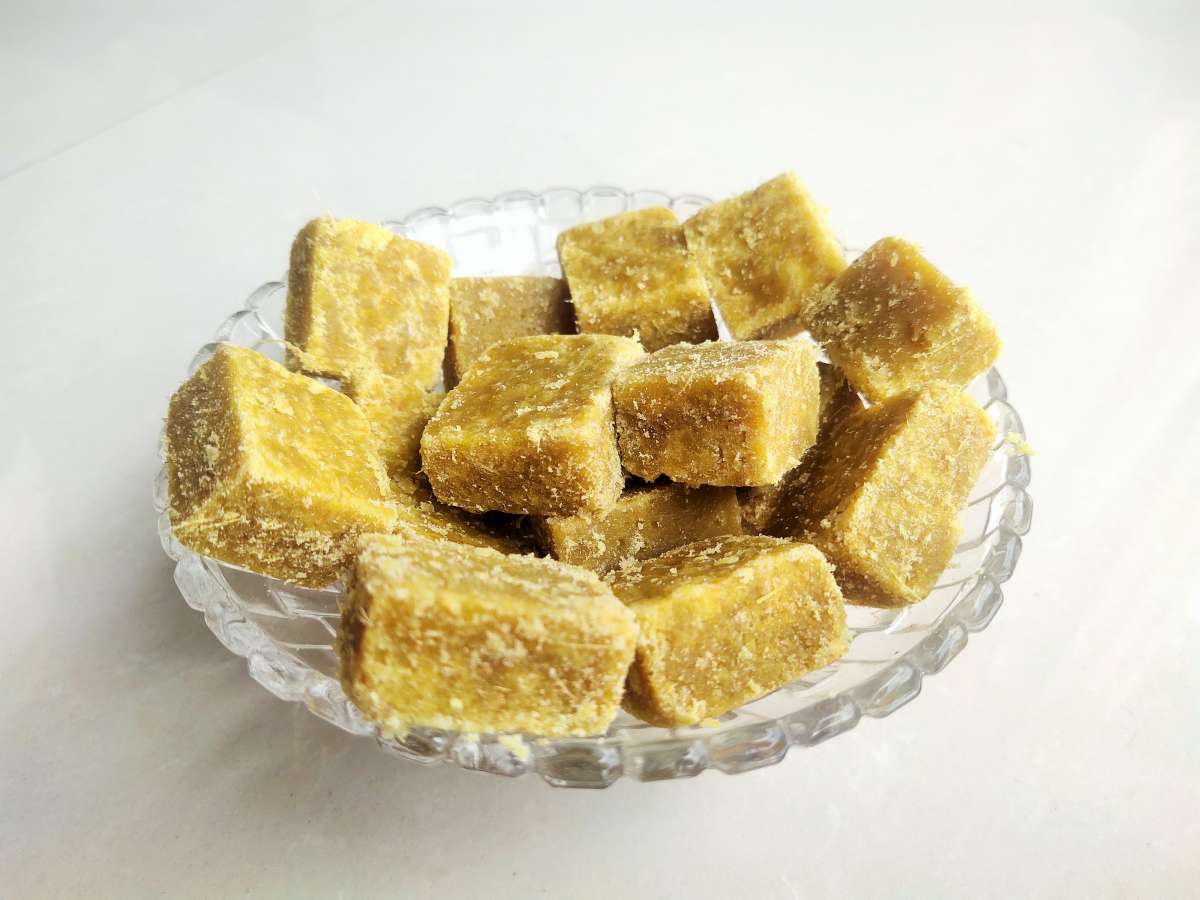 India continues to be one of the biggest producers and exporters of ginger in the world. The country’s warm, tropical weather is ideal for growing this rhizome in abundance. Ginger is an important ingredient in South Asian countries, especially in Indian and Chinese cuisines. This flavourful root finds itself everywhere, right from cooling summer drinks and spicy meat curry to tangy Chinese takeout. In several Indian regional cuisines, it is often ground into a fine paste and sautéed in oil to flavour vegetables and meat. The rhizome has a sharp, pungent flavour and is believed to have strong anti-inflammatory and antioxidant properties.

Many of us are fond of sipping piping hot ginger tea, especially during the chilly monsoons, aren’t we? This rainy season, keep holding onto your adrak wali chai, but also try out ale pak, the traditional, spicy-sweet Maharashtrian delicacy.

Commonly found in Maharashtrian households, it is almost a ritual to prepare ale pak whenever the mercury dips and the possibility of a sore throat and sniffling noses becomes all too real. The words ‘ale’ and ‘pak’ literally mean ‘ginger’ and ‘thick sugar syrup’ respectively. The soft, light golden pieces are a popular home remedy for common colds and coughs.

This traditional recipe requires very few ingredients that are easily found in the kitchen. To prepare ale pak, equal parts of ginger paste, fresh cream, and two parts of sugar are combined together. Ghee is heated in a pan, and the ingredients are added to it and mixed well. The mixture is continuously stirred and allowed to thicken over the heat. The thickened mixture is then poured on to a greased plate and allowed to cool off. The ale pak is cut into small squares and stored in an airtight container, and it lasts over a couple of weeks.