A Spoonful Of Ghee; Chock Full Of Health

Diwali, the festival of lights, is celebrated across the country with sweet as well as savoury treats. Every kitchen is filled with homemade barfis, ladoos, halwa and namkeens like chivda, chaklis and namak pare. Following the tradition, every homemaker prefers cooking these delicacies at home rather than buying readymade ones. This festive season, Food blogger Bhakti Menon prefers using a timeless Indian kitchen favourite to up the health quotient of the much cherished Diwali treats – Ghee. Here’s why she calls this rich and robust fat, a magical ingredient.

The best part of ghee is that it can be made at home without any fuss. It has a high smoke point which makes it ideal for deep frying. This that ensures that ghee does not break down into free radicals like many other oils do. It also has a good shelf life and can be stored without refrigeration. Since it is made from butter after filtering the milk solids and impurities, research indicates that it does not affect people with lactose (dairy) intolerance. Apart from improving digestion, ghee also promotes a healthy immune system to endure the approaching winter months. 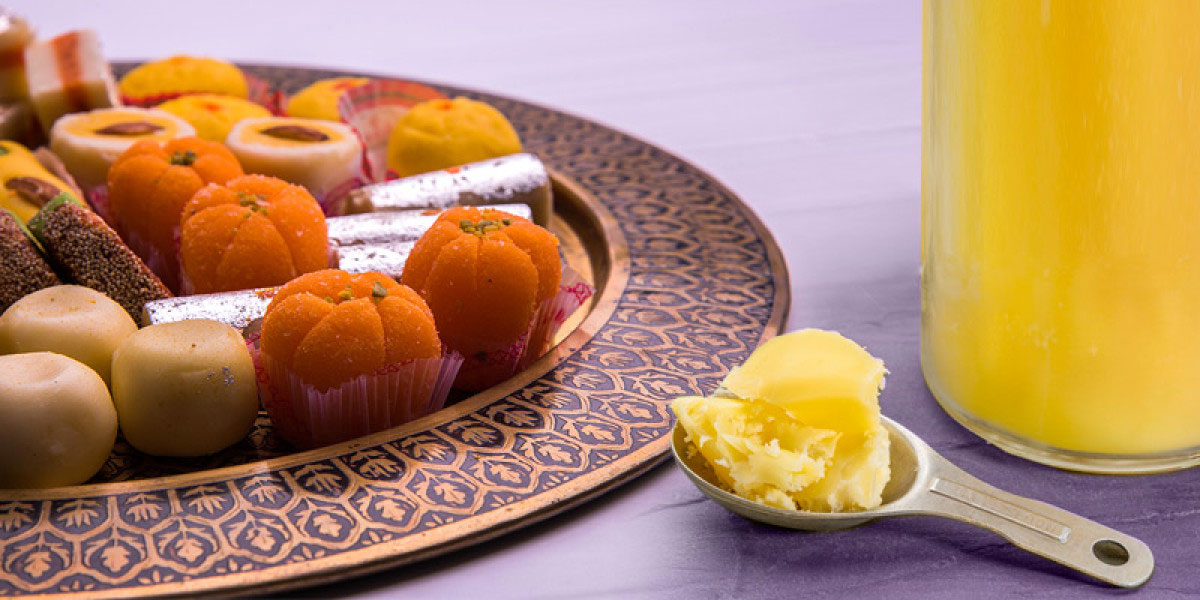 Ghee holds a lot of importance for Indians during Diwali. It is believed that lighting earthen diyas with ghee attracts satvik (spiritually pure) vibrations and releases oxygen, thus purifying the air. Sweets and savouries prepared with ghee have numerous benefits, ranging from physical health benefits to promoting positivity and purification of mind. Ghee is a key ingredient in ancient medical system of Ayurveda, where the satvik fat was considered sacred, medicinal, cleansing and nourishing. Satvik food, such as ghee, nourishes the body, mind and soul with its purity.

Ghee can also be used as a herbal energiser. This is because the medicinal properties of herbs and spices can be better absorbed if they are in a base of ghee and transported to targeted areas of the body. Hence, many recipes like dink ladoos (ladoos made with edible gum) use ghee to as its base. Consumption of ghee can also be helpful in cleansing the body by pulling out harmful toxins accumulated in the body over time.

This Diwali, try out two delicious recipes made in ghee by Chef Angad Rai, Kangan of The Westin Mumbai Garden City. Stay tuned for the recipe.