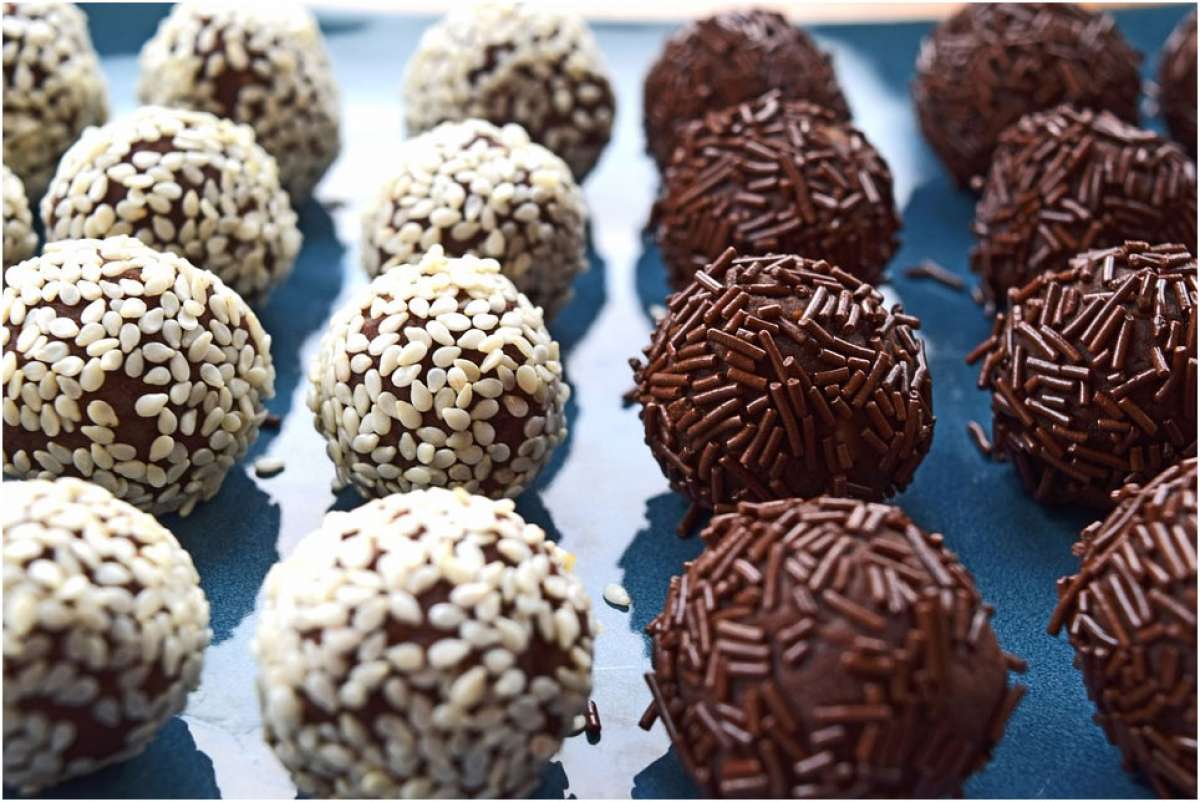 It’s a square shaped chocolate fudge on the outside, but when you slice into it, you see three distinct layers of chocolate peda, peanut chikki, and a peanut cashew tuile. Similarly, it might look like a regular motichoorladdoo, but inside it reststhe bitter-sweet smoothness of red wine. Here, we’re describing just two examples of the fusion mithai being offered to customers by expert gourmet chefs.

The Godrej Food Trends Report (GFTR) 2022 discusses how younger chefs are increasingly reinventing the classic Indian mithai by infusing global tastes into a largely traditional palette. Trained chefs are beginning to experiment with desi ingredients by creating innovative creations that bring together not only everyone’s favourite barfi, but with a hint of crème brulee, lemongrass, and cheesecake.

“The younger generations often dismiss Indian mithai as boring. At Nihira, we wanted to take mithai from ‘old school’ to uber cool,” says ArshyaAgarwall, the co-owner of the gourmet mithai shop Nihira.

Let’s take a closer look at some of the creations by brands eager to reinvent the classic Indian sweets.

The Bombay Sweet Shop is brought to you by the people behind O Pedro and The Bombay Canteen. “The technicalities and complexities involved in making even the most familiar mithai like motichoorladdoos, were a revelation,” says Chef Girish Nayak.Their signature dishes include Parle G Fudge (a collaboration with Parle G has led to some interesting creations like square shaped fudge that includes dark chocolate ganache sandwiched between two thin layers of Parle G peda); Dulce de LechePedha(Lal peda filled with a Dulce de Leche filling);Indian Jujubees(a twist to the crowd favourite Karachi halwa has resulted in mini chews)and KaapiPaak (Mysore Paak infused with coffee and topped with sesame seeds).

Started by a mother-daughter duo, Nihiraboasts a range of alcoholic sweets and other non-alcoholic beverages which one can drink while eating some of their creations!The hotsellers include Apple pie gujia wrapwith an apple pie filling,Whiskey Ladoo filled with a shot of whiskey,

Tiramisu Barfiwith a punch of coffee and cream, and the Rajasthani stapleBlack Forest Ghevargiven a twist with a double-tiered rabri layered with fresh cherries and chocolate chips.

Curated by a young baker and a food specialist, Arq brings French tastes to the Indian palate. “We want to give Indian mithai the finesse and sophistication that French pastries are known for,” says Neha Lakhani, one of the co-founders of Arq.Arq offers customers gifting boxes like,for instance, the Petit 4 Contemporary Box that comes with mithai flavoured in almond rose, maramalade, besan truffle, and caramel.

Curated by the Bikanervala, Saugat also brings a range of gourmet mithai, such as Garbanzo Croquer(modak-shaped sweet with a crunchy layer of pailletefeuilletine, which is a confection made from thin crepes); LaitCroquer(a type of laddoo, made from French wafer and doda barfi); Cherimoya Mawa ( creamy custard apple mixed with khoya) and Sweet Caress(a sweet delight made by infusing the sweetness of figs with the creaminess of kalakand).

Do you know any more Indian brands which are bringing the flavours of the West to the mithai space? Tell us in the comments section below