The holy feast of Lord Jagannath 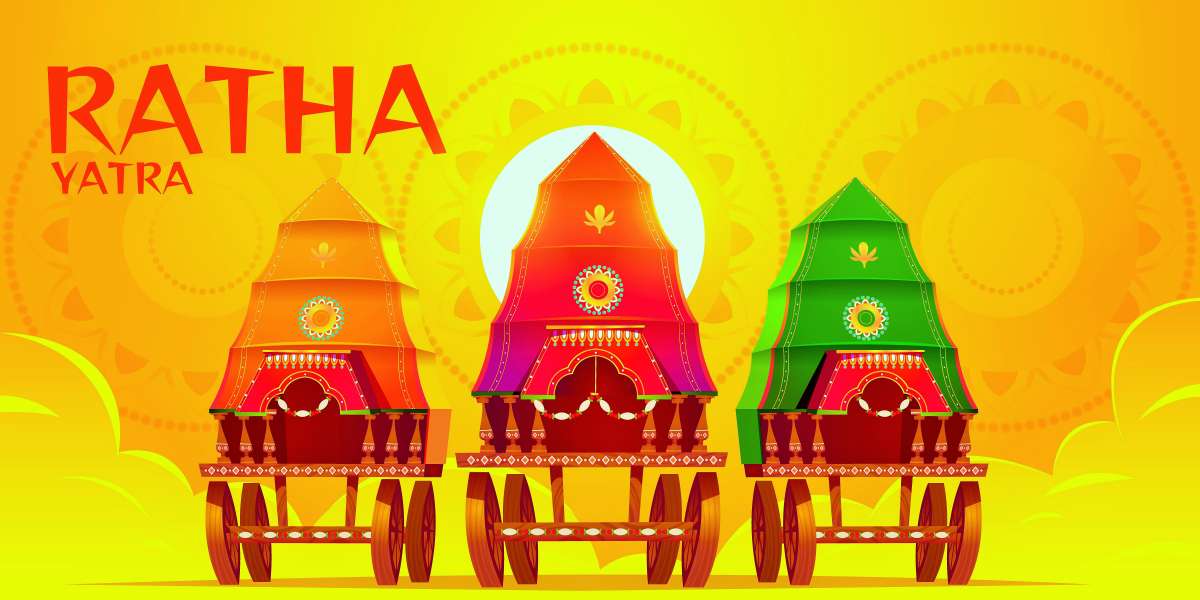 The Lord Jagannath temple in Puri, Orissa, is one of India’s holiest chardhams (four holy shrines). According to ancient beliefs, Bhagwan Vishnu bathes in Rameshwaram, meditates in Badrinath, eats food in Puri and finally retires in Dwarka.

Legend has it that Mahaprasad (food offered to the deity) is bereft of any fragrance when carried from the kitchen to the temple. However, when the same food is carried to the Ananda Bazaar (the open food court inside the temple complex) from the temple after the blessing from God, it acquires a pleasant smell. The temple has one of the largest kitchens in the world where the Mahaprasad (treated as ‘Anna Bramha’ that symbolises our existence) is prepared in 200 earthen pots for Lord Jagannath, His brother Balaram and sister Subhadra along with other deities every day for almost thousands of devotees. The Prasad or Chappan Bhog (56 items) are offered first to Lord Jagannath followed by Maa Bimala, inside the temple every day.

The food is slow-cooked only in large clean earthen pots and is prepared \using locally available vegetables, spices and condiments. Each day, a fresh earthen pot is used and the food is cooked over fire-wood. As per Ayurvedic principles, these clay pots are preferred over metallic ones because the food cooked in them stays warm for six hours. The wood-fired ovens are shaped in hexagonal patterns so that nine clay pots can be placed one above the other, and less wood is required to cook more food. The water for cooking is brought from two wells inside the temple premises — Ganga and Jamuna.

Balanced nutrition is the science behind this Mahaprasad. The elaborate menu starts with spiced dishes accompanied by curds and ends with sweet dishes. There are three types of prasad — Sankhudi Mahaprasad (consisting of wet items like curries that are mixed with rice), Sukhuli Mahaprasad (dry items such as wheat laddus, Khaja cakes and wheat four Gajas) and Nirmalya (dry Prasad with a longer shelf life).

On the first day of the Rath Yatra, when the deities take their place on their respective chariots, they are offered only Khechudi bhog (a thin rice and dal preparation), which is cooked in limited quantities. The cooking of the Mahaprasad next shifts to the Gundicha temple. Mahaprasad is not cooked until the bahuda day (the return journey of the Rath or chariots to the 12th century temple from Sri Gundicha), when the deities re-enter their original abode. The temple kitchen lies idle for around 13 days while the devotees have to go without Mahaprasad for about a week.

With the deeper exploration of regional food especially Odia cuisine in 2021, as predicted by the Godrej Food Trends Report 2021, here’s looking at some of the star dishes from the Mahaprasad.

Pakhaḷa is an Odia expression for soaking cooked rice in water, which gets slightly fermented. The lactic acid formed during the fermentation of rice helps in building beneficial gut microorganisms and expands the body’s digestive capacity. To enhance its flavour, curd can be added to make Dahi Pakhala (another traditional favourite) tempered with mustard seeds and curry leaves.

It is a sweet pulao made with ghee, basmati rice, sugar and dry fruits. The dish is flavoured with whole spices like cardamom, clove, and cinnamon. The colour yellow is from turmeric and not saffron.

This sacred offering made of lentils (tur dal) is cooked with an array of vegetables such as pumpkins, raw bananas and drumsticks.

It is a mixed vegetable curry cooked in a thick mustard paste. A lot of seasonal and local vegetables are used, such as raw green banana, colocasia (arbi), pumpkin, pointed gourd (parwal) and yam. Cauliflower, capsicum and tomatoes are strictly excluded. The vegetables are cooked in ghee without onion and garlic. The addition of freshly pounded mustard paste gives it a special flavour, while no chillies and chilli powder are included. The curry is tempered with panch phoron (the five-spice mix), while fried vadis (little black gram fritters) are added for a bit of crunch.

Lord Jagannath is known for his insatiable sweet tooth. This reddish-brown sweet, which originated from the Baladevjew Temple in Kendrapara, is one of the star attractions of the Mahaprasad. It is prepared from chhena (paneer), which is flattened, deep-fried until it turns reddish- brown, and then soaked in thick flavoured milk and garnished with cardamoms on top.

These deliciously sweet fritters are perfect for festivals like the Rath Yatra. Gaja is prepared with a mix of sugar and semolina, which is dried and then fried before being coated with sugar syrup flavoured with cardamom powder.