Five traditional Christmas dinners from across the globe

A quick view of interesting traditional Christmas dishes from around the globe. 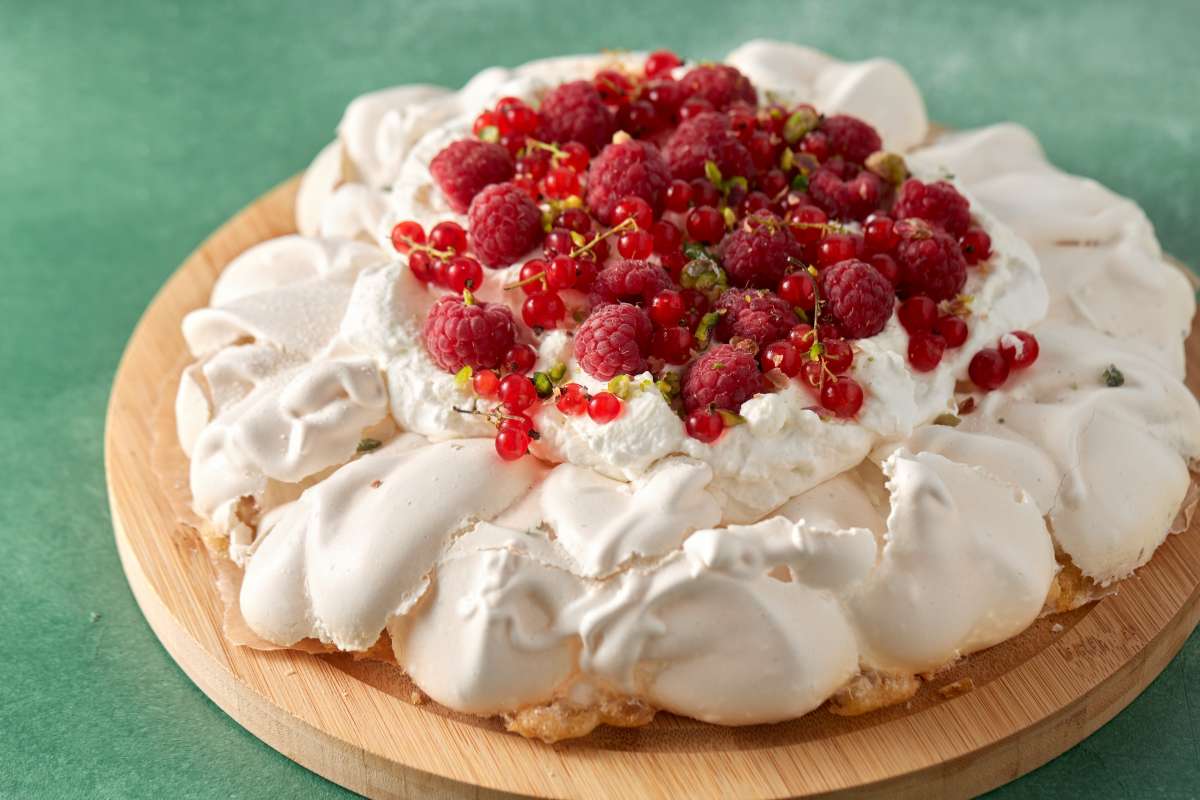 Christmas is all about the decorations, gifts and singing carols. Not quite. It’s safe to say that the most exciting part of the festival is sinking our teeth into some delicious Christmas fare. We have picked a few interesting traditional dishes that are eaten around the world on Christmas Day. We are sure these will inspire you when you plan your own festive menu! 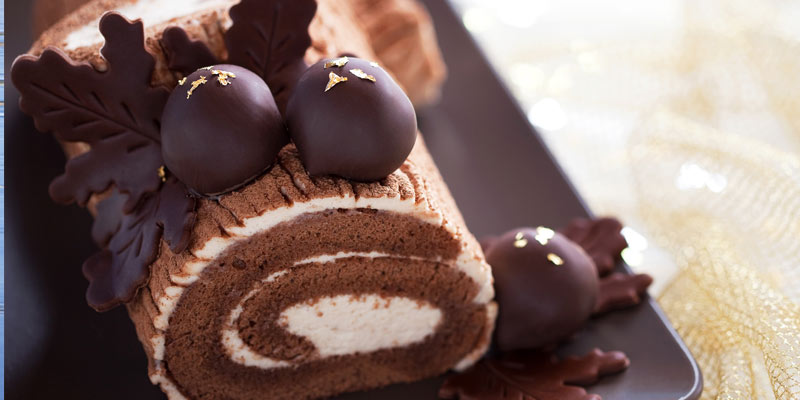 The French are deeply passionate about their food and it reflects in their Christmas dinners which are very elaborate affairs. Popular dishes include foie gras, oysters, or roasted meat dishes stuffed with chestnuts. But the highlight of the dinner is Bûche de Noël, the French version of a Yule Log. This traditional dessert is an iced sponge cake that is rolled into a cylinder and iced again to make it look like the log of a tree. Chestnut is a popular flavour for this French Christmas treat. The rich cake is often decorated with tiny ‘meringue mushrooms’ and other treats that are made to look like items found in a forest. 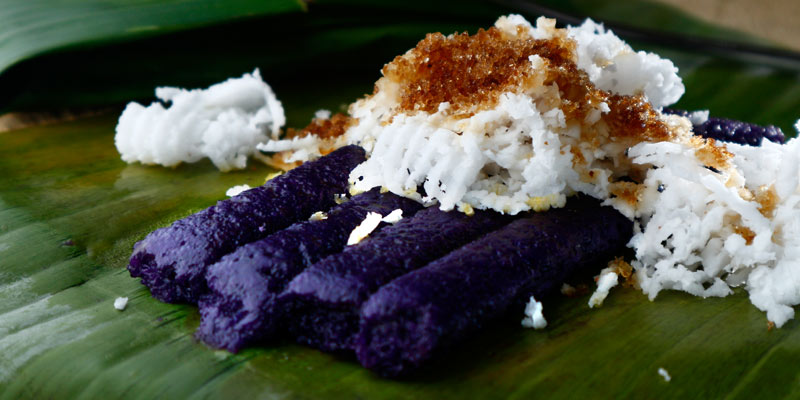 Puto bumbóng is a purple rice cake that is steamed in a bamboo tube. Traditionally, it was made from a unique heirloom variety of glutinous rice called pirurutong, whose colour ranges between deep purple to nearly black. However, due to the unavailability of the rice variety, purple yams or food colouring are used these days. The rice grains are soaked overnight in salted water, which gives it a slightly acidic fermented aftertaste. The mixture is then drained and packed densely into bamboo tubes and steamed. The sides of the bamboo tubes are traditionally greased with coconut oil but in modern versions, butter or margarine are commonly used. The resulting cylindrical rice cakes are then served on banana leaves, slathered with butter or margarine, and sprinkled with sugar and grated coconut. 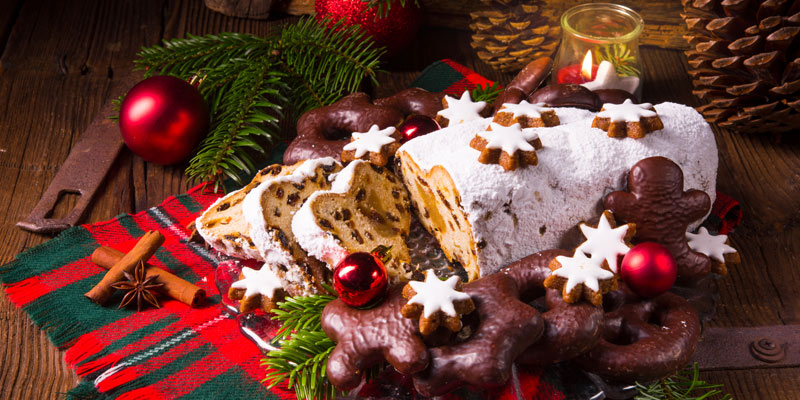 Christmas goose or Weihnachtsgans is one of the most common dishes. The other one is the Stollen—a traditional German bread that is more like a spicy, sugar-covered fruitcake, whose origins date back to medieval times. Weihnachtsstollen is the Christmas name for the Stollen that is eaten during the festival. It is full of nuts, fruits and is shaped with tapered ends. It has a ridge down the center, symbolizing Baby Jesus in swaddling clothes. 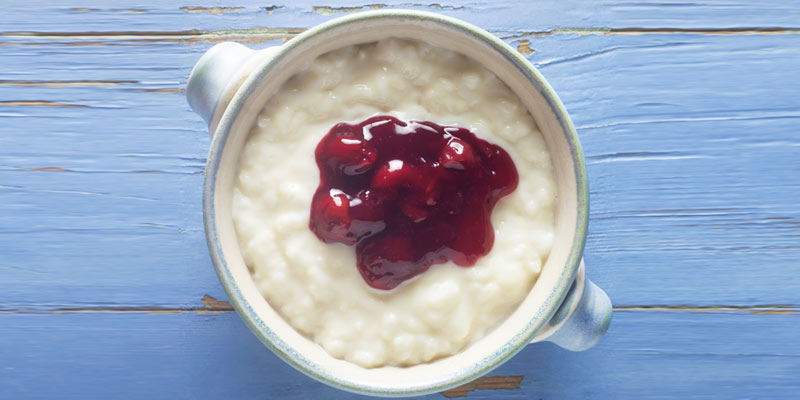 Ris à l'amande or risalamande is a traditional Danish dessert that is served at Christmas dinners. It is a rice pudding mixed with whipped cream, sugar, vanilla, and chopped almonds. It is served cold with a warm cherry sauce. There is an interesting Christmas tradition that revolves around risalamande. Here’s how you can find out what it is. 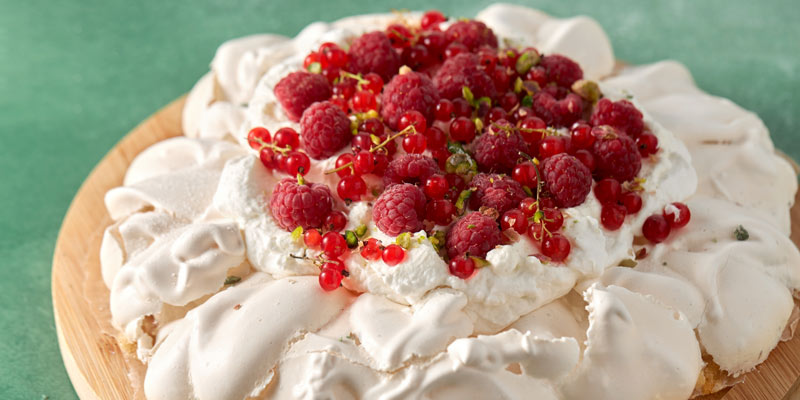 Christmas dinners in Australia and New Zealand are quite different from what is served in most countries since it is summer over there. There is a lot of grilled food that is eaten outside rather than sitting around a table or near a cozy fire. The dessert on Christmas Day is often Pavlova, a meringue-like cake that is topped with cream and fruit. The dessert is said to have been named after Anna Pavlova, a famous Russian ballerina who toured both countries in the 1920s.

Pavlova is made by beating egg whites to a very stiff consistency, while gradually adding castor sugar before folding in vinegar, cornflour and vanilla essence. The mixture is then baked on a low temperature and left in the oven to cool down. The result? A crisp, chewy outer shell with a soft, marshmallow-like centre. It is traditionally decorated with a topping of whipped cream and fresh fruit such as kiwifruit, passionfruit, and strawberries.

Which of these dishes are you planning to prepare for Christmas this year?