Get inspiration from these cool dishes from MasterChef Australia Season 13 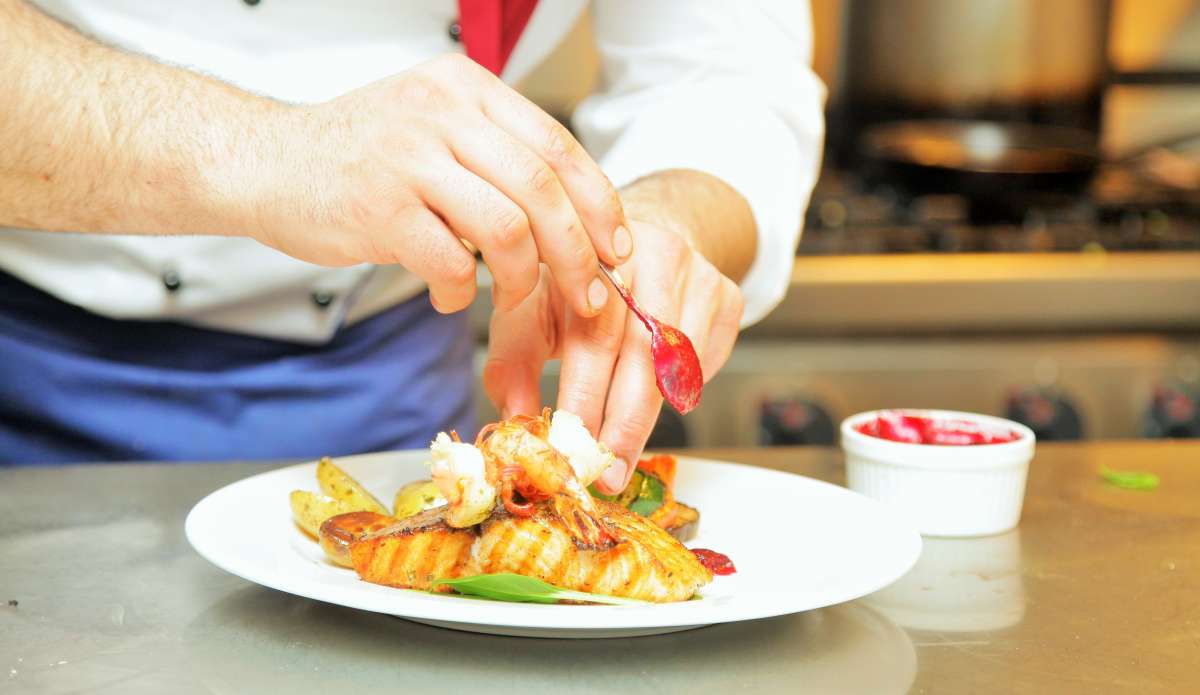 MasterChef Australia has once again been creating a buzz with talented participants creating magic in the kitchen and impressing the judges – Melissa Leong, Jock Zonfrillo, and Andy Allen. Over the years, the culinary competition has won many hearts by beautifully combining great food with fun challenges, while also being extremely informative. Season 13 began in Australia on April 19, 2021, on Network 10 with 24 promising contestants. Every episode has some stand-out dishes that make us want to recreate them at home. Here’s looking at some of the best-rated dishes that stood out from this season.

The New-Delhi born chef impressed the judges with her traditional Indian flavourful dishes like Pindi Chhole, Chicken Biryani, Tandoori Chicken and an Indian Tiffin Bento Box that comprised Chickpea curry and Kadhai Paneer. Setting new benchmarks in the competition, Depinder Chhibber experimented with an array of mind-boggling dishes like Green Curry cake with White Chocolate Chilli Ganache, Coconut Crumb and Coconut Ice Cream. But it was her traditional Rajasthani sweet, Ghevar, along with a carrot sorbet that won her a spot in the Top 24 contestants. She made this delicate dessert with ghee and flour, soaked in sugar syrup and the sorbet with ghee, grated carrot, cream and egg.

Carrot side up – Tom Levick

His biggest passion in the kitchen is his love of intricate and delicious desserts. Inspired by his kitchen heroes Shannon Bennett, Kirsten Tibballs and Yotam Ottolenghi, Tom Levick relied on his calmness to survive the pressure cooker environment of the MasterChef kitchen. One of his showstopper dishes, his ‘Carrot side up’ got rave reviews. This dessert is as delicious as it is creative. The dessert is crafted with acute precision made with carrot juice, egg yolk, a tempered white chocolate shell, whipped white chocolate ganache, carrot caramel and shortbread biscuit.

Cooking simple and homely Southeast Asian food is the forte of this 38-year-old stay-at-home mum. From Seared Seafood in a Tom Yum broth to the Kohlrabi Salad with Beef Eye Fillet, Linda Dalrymple has been winning hearts for her skill of balancing flavours and whipping up amazing dishes under pressure. Vegetarian foodies can look forward to trying her flavour-packed Tomato Broth with Pickled Cucumber and Tomato Salsa, which is a clear party winner.

Coming in as one of the younger contestants in MasterChef this season, Eric Mao’s biggest strengths include cooking Chinese and Japanese cuisines. Some of his appreciated culinary experiments were Shanghai Chive Pancake with a Chive Omelette, Strange Flavour Chicken and Hainanese Chicken Rice. For wonton lovers, try cooking his Three Treasure Wontons made with a filling of shrimps, large prawns and skinless pork belly, and flavoured with Sichuan peppercorns. The tasty egg nest is crafted by combining strands of an egg placed on top of the wontons to resemble a nest.

Born and raised in Melbourne, food is at the heart of Kishwar Chowdhury’s large Bangladeshi-Indian family. She has been showcasing home-style traditional Bengali cuisine at the MasterChef kitchen, inspired by her mother and grandparents. Chingri Bhorta (mashed prawns), Crayfish Malaicurry with Lobster Bisque and Saffron Pilaf, and Bengali Khichuri are some of her dishes appreciated by the judges. Kishwar’s cooking style draws on traditional techniques, toning it down and an understanding of the spice quotient. Following a traditional recipe of ‘Macher Jhol’, she earned praise from judges for her hot and spicy Barramundi curry flavoured with bird’s eye chillies, betel leaves, Thai basil, coriander and Roma tomatoes.