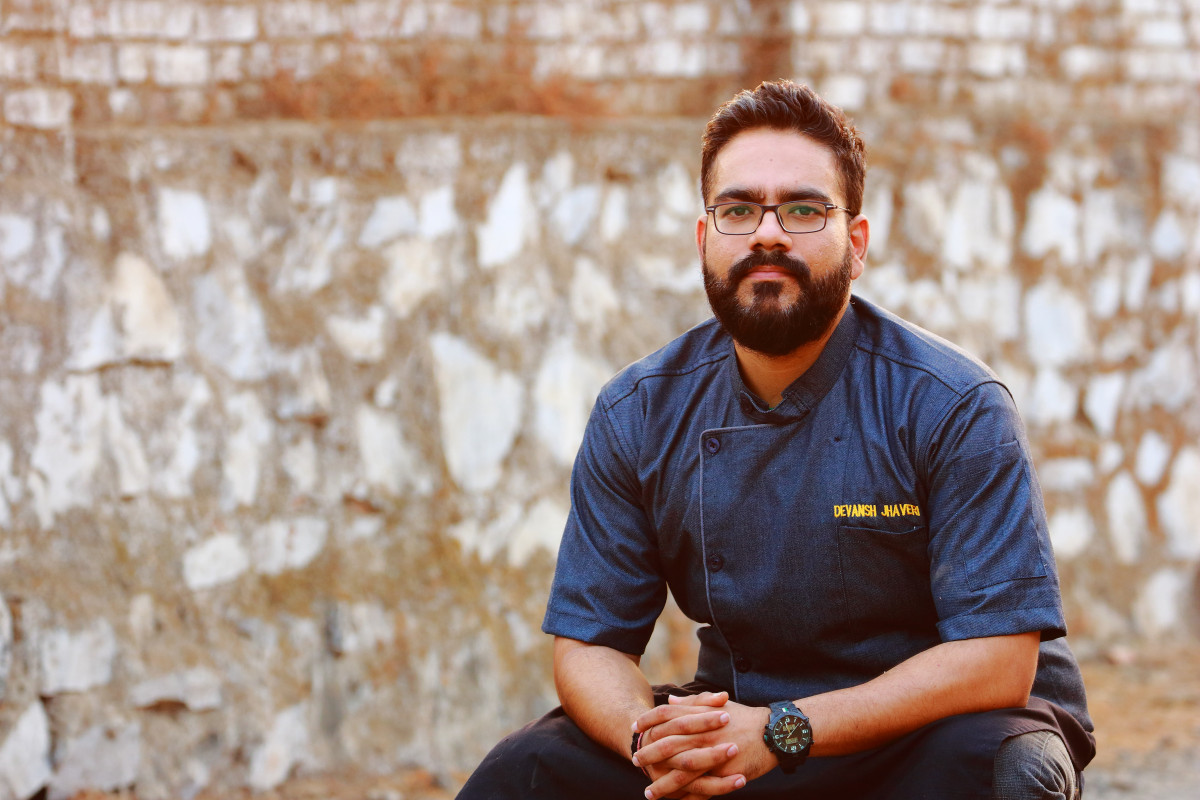 “As a young boy, I always wanted to have my restaurant where I could do what I wanted and serve food the way I wanted it to,” says Chef Devansh Jhaveri. It isn’t surprising then that he chose to enter the culinary world. However, there was a slight detour along the way. He explains, “My family has been in the steel business for over three generations. The norm at home was to get an engineering degree and join the business. My parents were always very supportive of what I wanted to do, but back in 2000, the culinary scene was very different from what it is now.”

So Devansh decided to play it safe as an 18-year-old teenager and ended up going to study in Michigan in the US. Even then his love for food continued, and he found himself cooking in the dorm kitchenette over the weekends, whenever the craving for Indian food struck. “In my second year, I moved into my own apartment and that’s when everything began. I would cook regularly and have friends over,” he says. One thing led to another and Devansh soon found himself getting invited to cook at his roommate’s father’s restaurant. “I jumped at the opportunity. I had never stepped inside a commercial kitchen, and this was like a dream come true. We did this a few more times, and then I ended up transferring schools to Los Angeles.”

And that’s where the next phase of his culinary journey began. Over the weekends, Devansh worked at restaurants without pay because it was his dream. He got the opportunity to train in different cuisines and learn hands-on from several senior chefs.  He explains, “This was the best time of my life because I knew that once I returned to India, I would have to join the family steel business.”

Once he graduated, Devansh headed back to India and joined the family business as Director of Business Development and Sales. “Although it was a secure position, I wasn’t happy because all I wanted to do was cook and create. A few years down the line, I decided that I didn’t want to go to bed even a single night feeling like I wasn’t living my purpose,” he says.

His foray into the world of food officially began with the launch of Mafia Chef. Soon he started holding weekend pop-ups at a leading high-end bistro in Chennai. These rapidly gained momentum, and soon he found his menus extending to three-month-long collaborations. And then came the turning point, “I was featured on the front page of The Hindu in Chennai alongside Rajnikant’s Kabali article. There were lines overnight at the bistro and people wanted to click selfies with me. I had never imagined this is what my love for food would turn into!”

Even as these pop-ups continued, Devansh was busy working on something else. “Sriracha was my favourite sauce in the US. It’s a versatile ingredient that can be used for marinating, stir-frying and even as a dipping sauce. In 2008, there was no Sriracha available anywhere, so I started developing the sauce in India in 2014.”

However, the trial period was not without its set of challenges, the main one being the chillies that were the star of the sauce. None of the Indian ones worked because the flavour profile wasn’t right. Devansh explains, “I eventually ended up importing the seeds and growing the chillies in our farm in Gujarat. It eventually took me 18 months to get the Sriracha right. Sriracha is characterised by five dominant flavour profiles — spicy, sweet, sour, salty and undefined umami. Umami is the most important flavour, and a Sriracha is incomplete without it.” Devansh describes his product as a tree-to-bottle sauce and he has control of all the ingredients that go into it. “We use a minimal amount of preservatives. We also don’t use local preservatives which are harmful,” he says.

The efforts paid off. Soon he started receiving stellar responses from people at exhibitions and flea markets for his Sriracha. He says, “It was a challenge, but we got it done. I felt that the need to get this sauce out on shelves was extremely essential because there is a huge market for Sriracha, but no one is making the real thing.”

Encouraged by the success of the Sriracha, Devansh began trying his hand at other sauces — Sambal Oelek and Green Sambal. Here as well, he faced similar challenges, “The raw materials used aren’t always available in India and many of them are imported. The process of selecting and validating raw materials has been the most tedious,” he says.

Under the Mafia Chef brand, Devansh currently offers six types of Sriracha, two Sambals — Sambal Oelek and Green Sambal — and two types of Peri-Peri. “These sauces go very well with Indian dishes including samosas, vada pav and vegetable burgers. I use them over achaar when khichdi is made at home as I need to make it more flavourful,” says Devansh. The sauces were earlier available in 300 stores all over Mumbai and a few stores in Chennai and Rajasthan. However, the lockdown led to him relying on e-commerce platforms.

Adapting with the times

Apart from retail methods, the lockdown also spurred other changes. As Devansh elaborates, “We had no staff and an average amount of stock, which sold out as soon as things started easing. As a food manufacturing company, safety is of paramount importance. We had to slow down our operations temporarily. However, I believe that it’s best to roll with the punches and see things for what they are. When life gives you chillies, you make Sriracha!”

Devansh also used this period to work on an Indian-inspired premium line of sauces and marinades, which focus on regional flavour profiles. But there’s more. “We plan to add several verticals under the brand, and we’ll be doing regional sauces, premium flavoured mayos, packaged ready to eat foods (RTE) and much more. Of course, as always, it will be different from what is already available, so we maintain our niche,” he says.

Expansion plans are also in the offing. Devansh has been in talks with investors to help push Mafia Chef to the national level and then on a global scale. Some distributors have already approved his products for sale in the UK and Australia, and he is currently working on sales in North America, pending FDA licensing.

Devansh’s style is continuously evolving. From being a fastidious chef, he now feels he has become a bit mellow. However, some things remain the same.

“I still consider myself as someone who is quite eccentric on processes, methods and ingredients. If I’m putting my name on it, then it must taste right. If it’s not phenomenal, then I prefer not serving it,” he elaborates.