A foodie in Mumbai has no dearth of eating out options to choose from and one of the newest restaurants on the block is the modern Goan bar and restaurant O Pedro. Vikhroli Cucina spoke to Yash Bhanage and Chef Hussain Shahzad to find out why fans of the sunshine state have been flocking to the restaurant 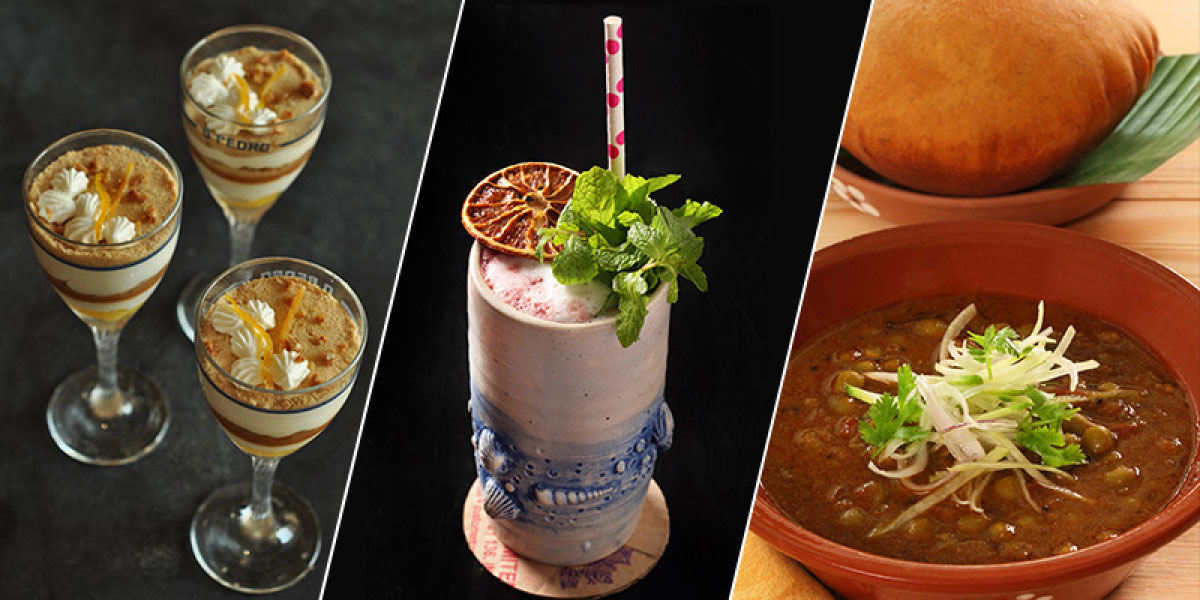 1. A slice of Goa for the city dweller seeking to de-stress

O Pedro aims to be a “happy place” for Mumbaikars, especially for office goers at Bandra Kurla Complex where it is located. Yash Bhanage, one of the partners of the hospitality brand Hunger Inc., explains, “Goa is the one place that brings a smile to everyone’s face.” Thus, the idea for a Goan-inspired bar and restaurant was born.

O Pedro is the second restaurant by the team behind the successful The Bombay Canteen (TBC). TBC focuses on regional food and the menu at O Pedro reflects this shared philosophy. The menu features some gems that are rarely seen even in restaurants in Goa. Take for example, Jeerem-Meerem, a curry made with cumin and black pepper. Or Serradurra, a delicious whipped cream dessert that is common in Goan Catholic households. Several traditional dishes have also got a modern twist. Feijoada, the Portuguese classic pork and bean stew has been reinvented with slow cooked duck and Goan pink beans.

Another interesting aspect of the menu is the addition of the lesser-known cuisine of Goa’s Saraswat Brahmins. Hussain Shahzad, the executive chef, says, “Saraswat Brahmin cuisine has not been explored at a commercial level in restaurants. People usually think that Goa is a seafood place.” However, there are distinct differences between the two styles of cuisines with vegetables often being the focus of dishes eaten by Saraswat Brahmins. The all-vegetarian menu includes dishes such as the Foogath of the Day (which features a local ingredient), Saraswat Goan Pink Beans & Potato Koftas Ton-Dak, and Panji Green Watana Rassa (a dried green pea curry) served with savoury banana buns. “Coming out with a completely vegetarian-focused menu showcasing the length and breadth of what Saraswat Brahmin cuisine is all about was a challenge but we have managed to do justice to it. It is something that we are really proud of,” explains Chef Hussain.

The O Pedro team travelled to Goa and Portugal and conducted extensive research for nearly a year to ensure they understood the essence of the food. Chef Hussain explains, “We wanted to delve deeper into what Goa is actually all about, so we went to Goan households and cooked with the aunties in their kitchens. Goan food is all about cooking seasonal produce, cooking with what you have. This is a lot in tune with what we do at TBC, so it was important for us to embrace that philosophy.”

Nothing excites a Goan more than a well-made poee – the traditional bread that is great to mop up curries with. Poee is rarely found outside the state and most expat Goans tend to take back batches with them, which is used sparingly. Chef Hussain and his team decided to go a step further and try to crack the recipe for the perfect poee. That wasn’t easy though, as he admits. “Poee making is a dying craft. We spent a lot of time working with poee bakers around Panjim. Once we came back to Mumbai, we tried to adapt their recipes. This was difficult since they tend to eyeball quantities.” Much trial and error later, he finally got it right. The much loved bread is popular at O Pedro and is paired with flavoured butters.

Vasco Sour, Pina Baga-Lada and Cashew-in-Spirit are some of the quirkily named cocktails on O Pedro’s bar menu. However, there’s one item conspicuously missing: feni, that quintessential Goan liquor. Yash is quick to point out that regulations don’t allow feni and urrak to be exported to other states, “Given a choice, I would have feni in the bar, but since we can’t, we have tried replicating it.” O Pedro’s answer instead is a cashew infused vodka. “We have created a liquor similar to feni, which we use in our cocktail called Cashew-in-Spirit,” says Yash. “It has the cashew liquor, a syrup made from amchoor and is flavoured with kokum. Goan cuisine uses a lot of souring agents so that was our inspiration for the drinks as well.”

6. For decor that takes us right back to the sunshine state

O Pedro’s old world charm is evident, with the quaint wooden sign at the entrance, old school tiles and retro furniture. Stepping into the restaurant is like being transported to a Goan villa. The decor is inspired by the way of life in the sunshine state but doesn’t resort to clichés.

Have you visited O Pedro? Which were your favourite dishes there? Share your review of the restaurant in the comments section below.