A Tongue-Tickling Conversation With A Vegan Food-Blogger

When it comes to food, vegan blogger and food photographer Harini Prakash believes that compassion is the best ingredient. In a heart-to-heart conversation with Vikhroli Cucina, she speaks about her love for food, her blog Tongue Ticklers and above all, her gratifying journey as a vegan 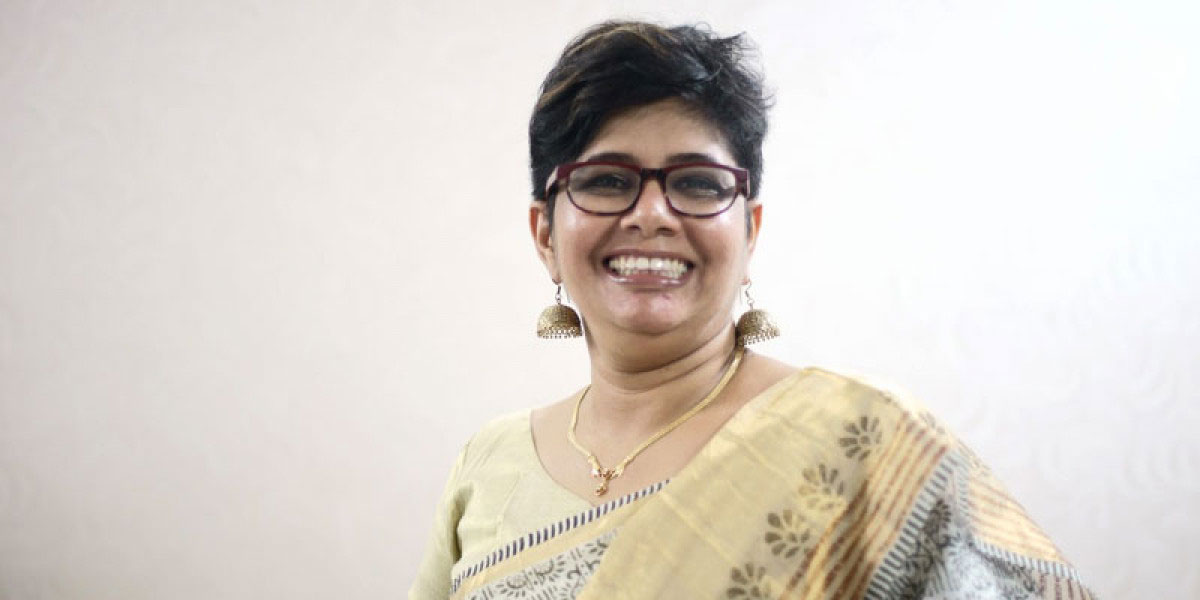 A food stylist, a blogger and a food photographer. You wear many hats. Which role do you identify with the most and why?
Food blogger; the others sprang up as offshoots. When I began blogging in 2008, I was not aware of the importance of styling or presenting food in a manner that would invite others to cook or eat. A few months into blogging taught me that styling and photography go hand-in-hand with blogging, simply because there is no other way to show the reader how good the recipe is, or make them try it in their kitchens.

What prompted you to start food blogging?
Tongue Ticklers began as a space to share my food stories. I enjoy telling stories and the blog gave me a space with no limitations whatsoever! I think there is more to food than just taste and presentation. It is a time machine that takes one back to happy moments and reminds one of everything else associated with that moment. That is why we have a term called ‘comfort food’. Most of the foods in Tongue Ticklers are comfort foods and begin or end with memories of lunchboxes or family. When I began blogging, I was a lacto-ovo-vegetarian. Tongue Ticklers is therefore very important to me, as it was blogging that prodded me to become a healthy eater, and got me interested in food photography and styling.

How do you curate recipes for the blog?
My goal is to share light and healthy plant-based recipes. There is no rigid formula when it comes to the kind of recipes I share on the blog. However, I try to share a lot of Indian recipes that have been veganised from traditionally non-vegan recipes. I also like to experiment with basics that Indian vegans struggle with such as curd or traditional Indian sweets.

You are one of the few vegan bloggers in the culinary blogosphere. What inspired you to take up veganism?
I was always conscious about my contribution to make the world a better place to live in. As a step towards this, I’ve stopped using plastic covers since 1999. I was accidentally exposed to the cruelty animals face when I witnessed the process of leather making. This pushed me further to learn more about the cruelty involved, and I felt that I needed to make a conscious effort to be a better human being. I gave up using leather and silk much before I started blogging. During my journey as a food blogger, I woke up to the realities of cruelty to animals in the food industry and it seemed natural for me to go vegan.

What challenges did you face during your transition period?
Being Tamilian, I found it really difficult to give up curd. During summers I would always carry either tayir-chaadam (curd rice) or a bottle of curd to work. Curd rice also formed the last course for lunch and dinner and for a long time I would not feel full even after eating well when I began as a vegan. That was a tough phase.

The second challenge was to explain and refuse gifts that came out of cruelty to animals such as things made of leather, shells and silk. One has to be tactful and not lose patience, as people can’t connect the relationship the article has with the lifestyle.

Another was explaining to people why I was vegan and why milk taken from cows is not meant for humans. Even today, after eight years, except doctors in general, most other people who know I am vegan are worried about my health and insist on giving me unsolicited advice even if so-called advisors themselves are unhealthy.

Is veganism becoming popular in India? What does the future hold as far as it is concerned?
Veganism is definitely finding more acceptance in India than it did a decade back. People now have better means to explore the truth and find out the cruelty involved in farming of animals, our lifestyle and how it is adversely affecting life on the planet. This has led to more questions, which in turn means getting closer to the truth, and therefore, a healthy need to transition to a better lifestyle. Today we have nutritionists and doctors who recommend a vegan diet for healthy living, designers and companies that offer alternatives to traditional articles made of silk or leather. So yes, the scene is changing.

What are some of the benefits of a vegan lifestyle? How has going vegan affected you?
There are benefits only to those who follow a healthy vegan lifestyle. Assuming that the person eats healthy food and does not indulge in excessive vices, vegan food completely cuts down external cholesterol, reduces saturated fats and keeps you internally clean. One still has to balance it with some form of workout but the changes will reflect quicker. Thankfully, I was always blessed with health. However, I did notice that going vegan reduced the bouts of migraines I used to suffer from. I have better skin than I did before and rarely fall ill. I can’t ask for more.

What are the challenges of maintaining a vegan lifestyle in a country like India?
In India, the challenge is to convince people around you that you are healthy even without a cup of milk. We are brought up to believe that milk is essential for growth and most people tend to relate losing weight with being famished. The awareness is increasing, but restaurants do not honour requests to ‘not use dairy products.’ Most people try to sneak in crumbled paneer or butter even when specifically told to avoid the same. This happens at all eateries – big or small!

What are your future plans for Tongue Ticklers?
I don’t plan; I just hope to keep sharing good recipes that work for everyone all the time.

What advice would you give someone who is interested in living a vegan lifestyle?
Start by thinking about the amount of variety you will be adding to your food instead of substituting your favourite foods. Read a lot and be informed. There are too many detractors and it is necessary to have answers to their questions.

Two vegan ingredients you would love to experiment with?
Cashew nuts and seitan

A meal that you would eat for the rest of your life.
Rice, rasam, dry potato curry (south Indian style) with cashew curd

Describe veganism in one word.
Humane

Your favourite vegan celebrity?
I cannot single out one favourite but a lot of them are inspiring – Amala Akkineni, Ellen Page, Nandita Shah, Ellen DeGeneres, Prince.