There’s a new phenomenon on the culinary horizon — home chefs who offer cuisines that usually can’t be found in restaurants. But are they big enough to pose a threat to restaurants? Vikhroli Cucina spoke to some successful home chefs and restaurateurs to figure out the situation 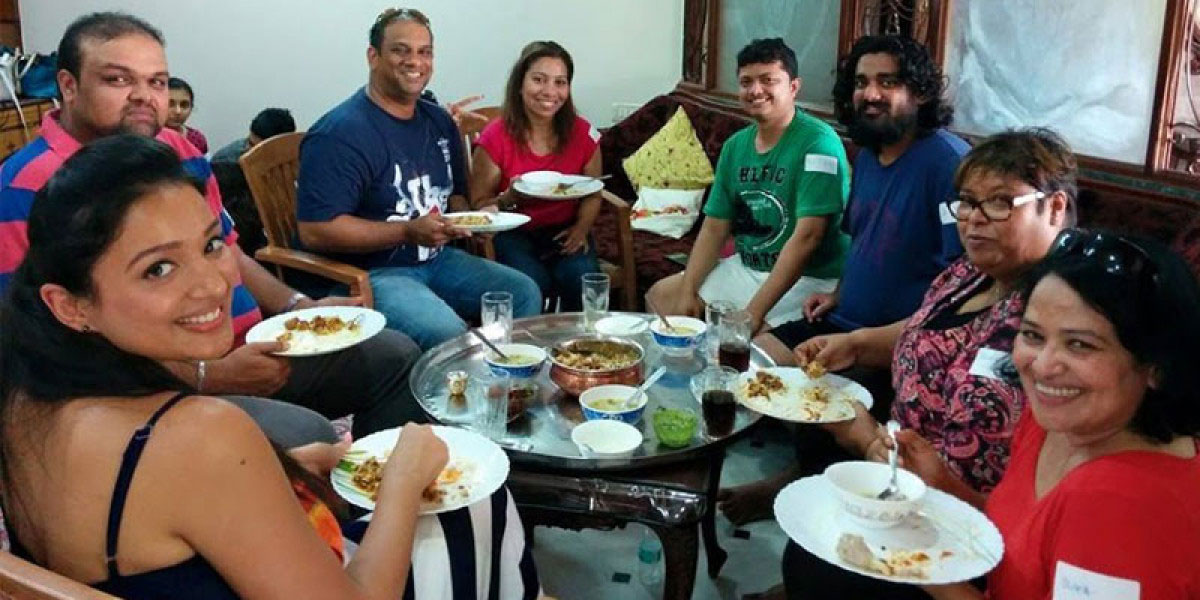 It’s a sunny Sunday afternoon. Twenty people are seated in various groups around traditional Bohri thaals or thaalis at Munaf Kapadia’s house in Colaba, Mumbai. It’s one of the weekend sessions at The Bohri Kitchen, an experimental lunch concept where Munaf hosts people for a traditional Bohri meal cooked by his mother Nafisa. He starts by explaining some unique Bohri dining customs such as beginning a meal with a pinch of salt or alternating between sweet and savoury courses.  Explanation over and then, it’s time to feast. Two hours and six meat-heavy courses later, the group literally waddles out.

The rise of home chefs

Nafisa is just one of the several home chefs who have come into the limelight in the last few years. Others include Gitika Saikia of Gitika’s PakGhor, Perzen Patel of The Bawi Bride Kitchen, Ananya Banerjee and Hansu Pardiwala. Gitika serves tribal Assamese food at her home or pop ups while Perzen is known for her catering which includes a repertoire of Parsi dishes. There’s Bengali and Ethiopian food at Ananya’s house in Sewri while people swear by Hansu’s Sindhi fare.

The passion for food usually spurs amateur chefs to host people at their homes or even feed them at pop ups. But for many, such experiences are also about keeping their culinary traditions alive. Gitika, who calls herself an Assamese food evangelist explains, “The lack of knowledge about the North East or branding Chinese as my cuisine were the primary factors that led to Gitika’s PakGhor.” Munaf has a similar reason, “I wanted to plug that gap in the market to make Bohri food for non-Bohris.”

For Perzen, it was the need to impress her husband and in laws that led her to experiment with Parsi food. Her blog, The Bawi Bride, was a natural evolution and an attempt to document her quest to master the cuisine. “I realised that there were barely any trusted resources online to learn Parsi food and given the rate at which Irani cafes are dying out, I worried that soon the history and stories behind Parsi food would be lost if someone didn’t do something about it,” she says. Many amateur chefs have seen such a demand for their food that they have even begun retailing their products online.

Riyaaz Amlani who runs the Impresario Group, with restaurants like Smoke House Deli and Social under its belt, points out that three years ago his company started Gypsy Kitchen. In this concept a group of housewives had people over at their homes for a homemade meal. Speaking at the Food Bloggers Association of India (FBAI) Dialogue held in November in Mumbai, Riyaaz said, “We did it in people’s homes, which became a very different dining experience.”

Torn between the good old restaurant dining experience and pop-up meals hosted by home chefs? Diners these days are open to intimate gastronomical experiences — they don’t hesitate to go to the homes of absolute strangers who rustle up specialised regional cuisine for a price. While these ventures are sprouting across the country, what remains to be seen is if restaurants need to worry about their survival.

Despite the increasing popularity of home chefs, restaurateurs don’t seem too worried. Nachiket Shetye, Founder, Cellar Door Hospitality, says, “It is a movement and will take time to mature, but I do not know how big it can grow due to the limitations of space and resources, how does one create the niche experience outside the home.” Adding to that Munaf says, “If home chefs get good support in terms of marketing, distribution, et al., then they can compete with a restaurant. But then, is such sort of support foreseeable in the near future? I’m not sure.”

Moshe Shek, who started Athena, Basilico and Moshe’s, on the other hand feels when restaurants expand with various outlets they lose that personal touch, he says. “You can get good food anywhere, but you cannot get warmth. A customer likes to be listened to, it makes him feel good.” That personal touch also helped to get people to return to the restaurant.

Unsurprisingly, the discussion remains open-ended with conclusions to be made as per an individual’s choice. While restaurateurs aren’t yet biting their nails concerned about the rising crop of homechefs, what can’t be overlooked is the latter’s increasing popularity. At the end of the day, while a new recipe is brewing for the perfect restaurant, there are foodies queuing up for the specialised regional cuisines served by home chefs.