Matcha has been finding its way on to an increasing number of menus across the country, and not without reason. Not only does it prove to be a versatile ingredient, but this special drink also promises a lot and delivers more – no wonder then that it is often called the elixir of immortals! 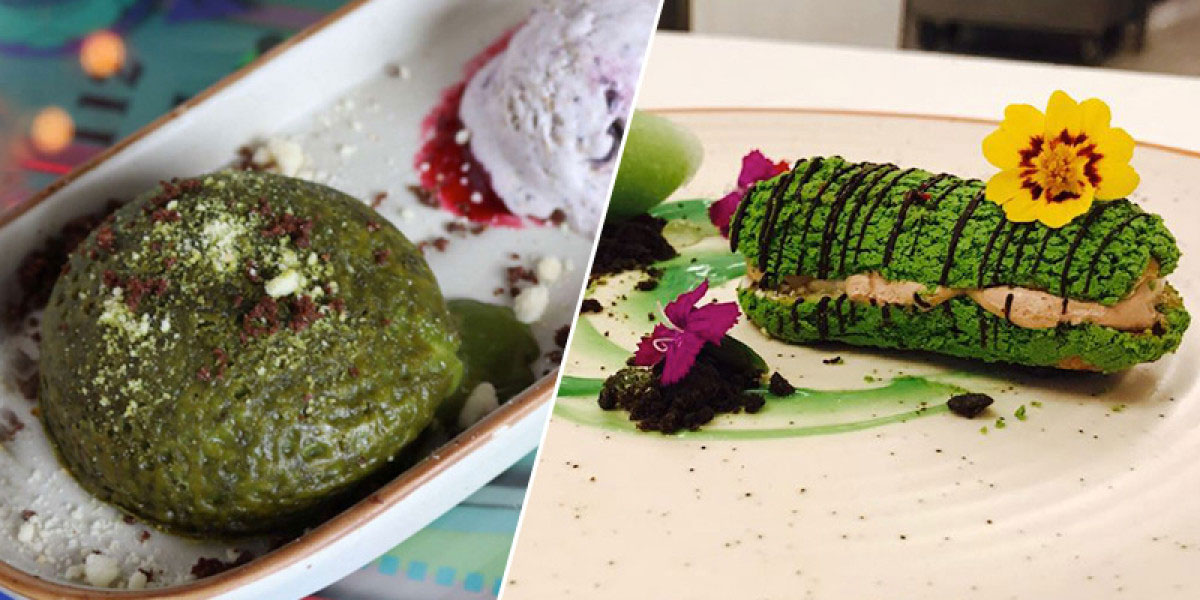 A delightful invigorating drink, matcha is premium variety of green tea widely consumed in Japan. Its earthy and smooth flavour has made it popular in the culinary world since the past few years. In Japanese, ‘ma’ means powder and ‘cha’ means tea, making matcha a “powdered form of green tea.”

The laborious process of growing matcha makes this finely milled tea powder pricier than other varieties of green tea. Carefully selected matcha bushes are grown in the shade, thus boosting the chlorophyll content and the vibrant green colour. The best leaves are picked, rolled and dried to produce a premium green tea called gyokuro. The leaves that crumble during drying are de-veined, de-stemmed and stone-ground into a bright green powder, which is called matcha.

An important part of history

Contrary to popular belief, matcha is not native to Japan; it was introduced by Chinese Zen Buddhist monks who consumed matcha in order to remain focused during afternoon meditation. Matcha’s popularity slowly declined across China even as it became an important part of ritual in Zen monasteries in Japan. At one point, it was considered to be the ceremonial tea of the temple high priests. Till date, the best matcha comes from Japan.

Chanoyu or traditional Japanese tea ceremonies are centred around the preparation and offering of matcha. These highly stylised ceremonies are conducted using beautiful hand-painted matcha bowls made by local artisans. Koicha (a thick form of matcha made with very little water) is usually served at these ceremonies. This tea is made with the highest quality matcha powder. Restaurants and cafes usually serve Usucha, a thin form of matcha made with second highest grade of powder.

Matcha is brewed using a special process to produce a paler liquid that is a treasure house of health and nutrition. It is traditionally made in and drunk from a bowl known as chawan. A little powder is scooped up with a bamboo teaspoon called chashaku. The server uses a traditional bamboo whisk or chasen to whisk the powder with hot water until all lumps are broken up and the tea becomes frothy. The whisk is held upright to allow all the liquid to drain off and then removed gently.

At home, chefs are finding extremely creative uses for matcha. Vikram Khatri, Executive Chef at Hello Guppy, says: "Matcha as a flavour is a current hot favourite because it has a host of powerful health benefits. It is both an antioxidant and an antibacterial agent, aids brain stimulation and is a natural source of chlorophyll. It is also a versatile product that can be used in everything from lattes and shakes to dressings and desserts. At Hello Guppy, the matcha and white chocolate fondant on the dessert menu has been a clear winner since it was introduced."

Have you tried matcha before? What is your favourite way to have it? Let us know in the comments below!