After the success of his ‘Garam-Dharam Dhaba’, veteran actor Dharmendra brings ‘He-Man’ to life; the new venture will feature farm-to-fork delicacies that remind you of home 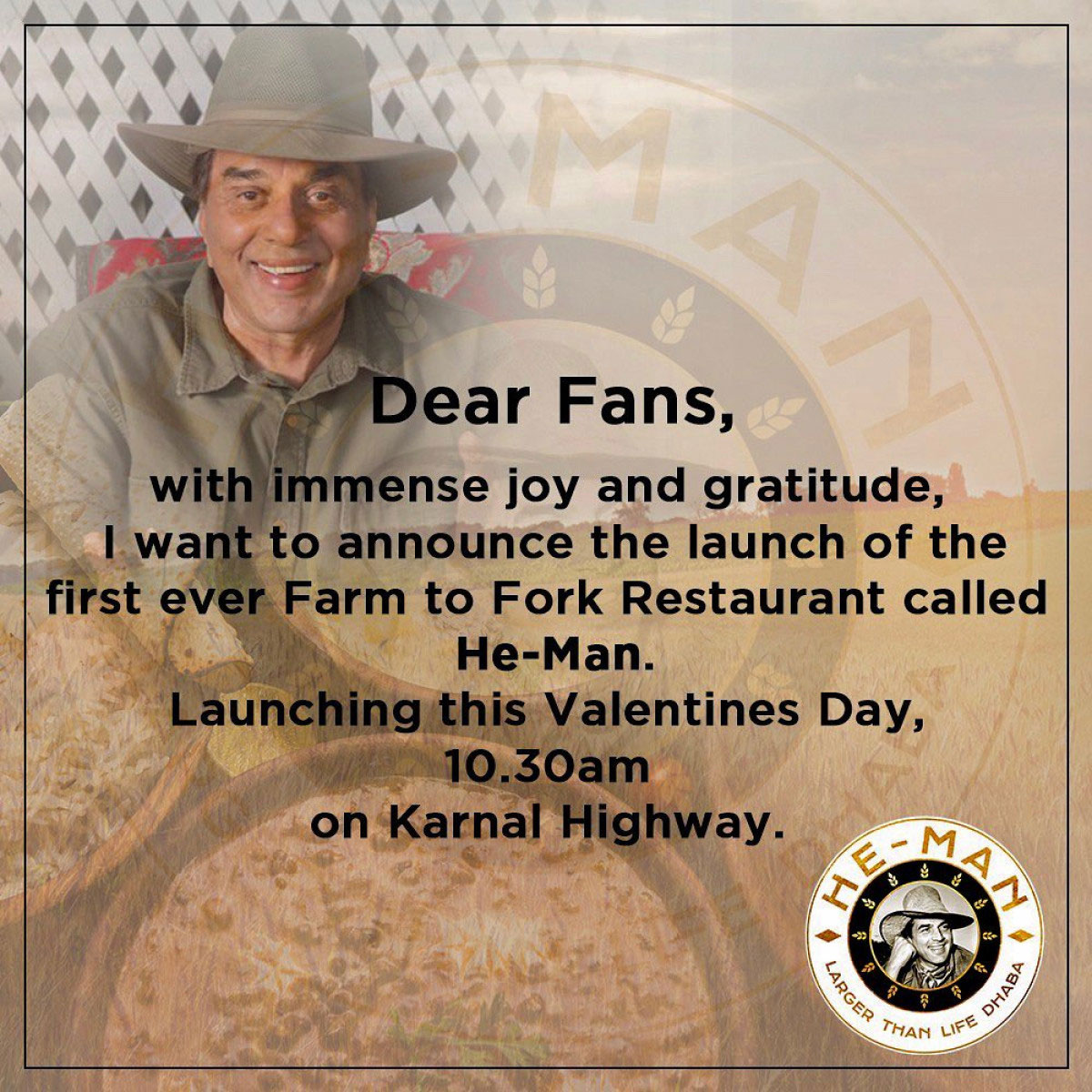 After the success of his ‘Garam-Dharam Dhaba’, veteran actor Dharmendra brings ‘He-Man’ to life; the new venture will feature farm-to-fork delicacies that remind you of home.

On Valentines’ Day, 2020, veteran actor Dharmendra took to social media to announce the launch of his restaurant called ‘He-Man’, which is located on the Delhi-Chandigarh highway at Karnal in Haryana.

The octogenarian superstar has always been an avid farmer and foodie and his social media posts have featured photographs and videos of his farm produce. He had earlier launched the Dharmendra-themed ‘Garam Dharam Dhaba’ – a nickname from the Bollywood superstar’s heyday – at Murthal, Haryana.

‘He-Man’, also one of his nicknames, is being touted as the first ever farm-to-fork highway restaurant. According to its Facebook page, the fine-dining dhaba will offer foodies vegetarian cuisine that will remind them of ‘ghar ka swad’.  With an organic farm on the premises, the ‘larger than life’ restaurant also offers healthy dhaba food for its fitness-conscious guests.  The actor promises his fans a lip-smacking cuisine at reasonable prices.