The sweet and blissful empanadas of India

This festive season, we place our favourite fried dumpling on the Indian map! 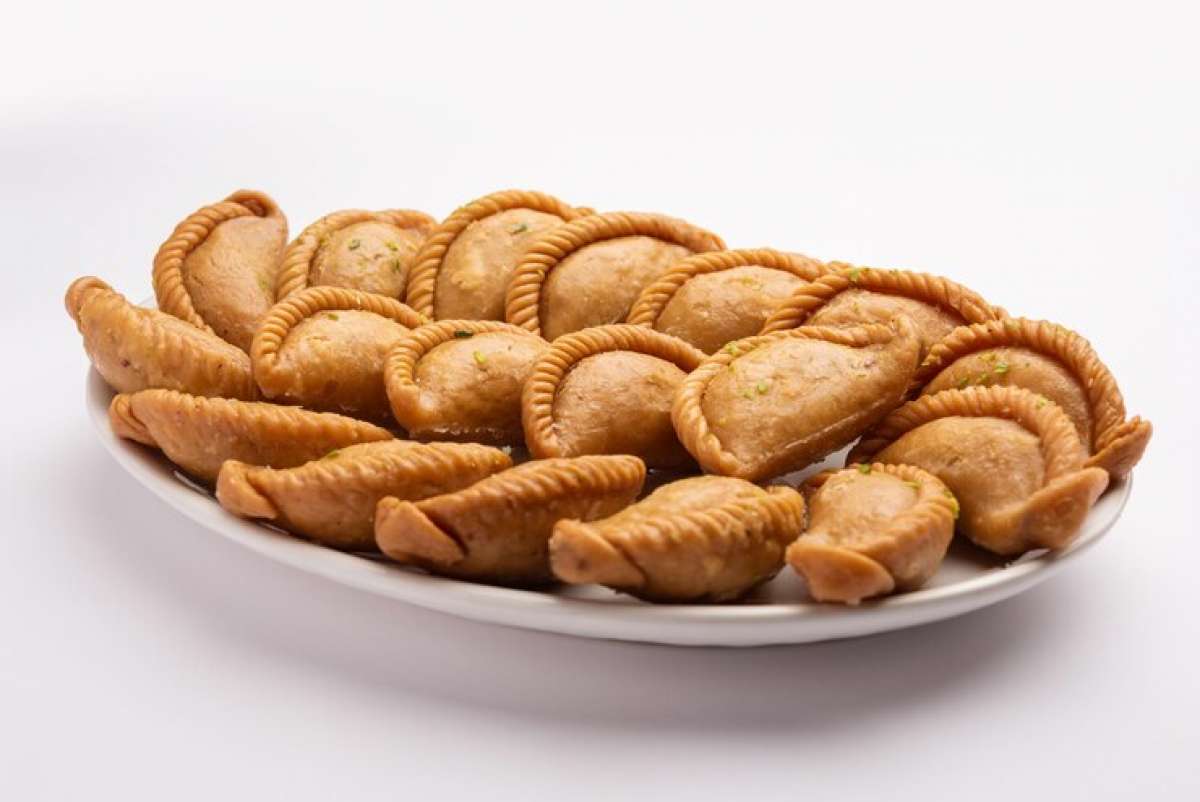 Known by a different name throughout the Indian Subcontinent, Karanji (or Gujia) is a half-moon shaped fried pastry that is stuffed with a mix of jaggery, flavoured coconut, dried fruits, poppy seeds, and other delightful seasonings.

This sweet fried dumpling, native to the Indian subcontinent, has an outer covering made with a mixture of suji (semolina) or maida (all-purpose flour) andan  inner filling stuffed with a mixture of sweetened khoya (milk solids; also called mawa). The pastry is deep-fried in ghee.

These crescent-shaped fried dumplings are especially devoured during the festive season.

The earliest mention of the Gujiya, or the Karanji, dates back to the 13th century, when a jaggery-honey mixture was covered with wheat flour and sun-dried. Gujiya, as we know it today, probably came into being in the 13th century as a sweet replica of samosa, which in turn reached India through the Middle East.

It's believed that the idea of the Gujiya might have originated from Turkey's Baklava, which is also a sweet wrapped in a flour cover and stuffed with dry fruits.

Have you tasted any of these sweet delights? Let us know in the comments.