When you think mithai, you usually think the same old barfees and laddoos, but new-age brands are putting cool in mithai. 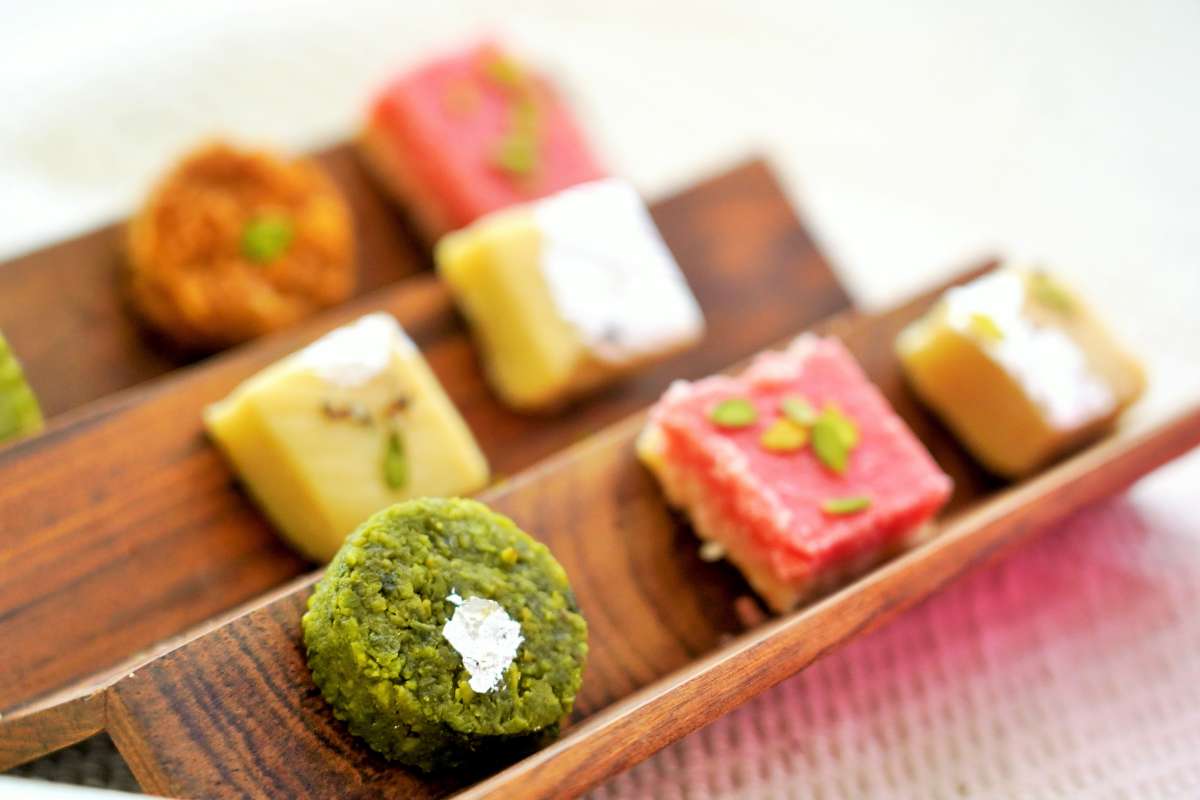 A few months ago when Bhawan in Delhi opened its doors, people took some time to figure their menu out. After all Delhi had never seen pedas made with Nutella, barfi with apple pie, choux pastry filled with shrikhand, or lavang latika that is also a cheesecake. In another time, the kaju katli and dodha barfi loving Delhi may have dismissed the offbeat offerings, but the new experimental Delhi embraced these quirky mithais. In faraway Mumbai, just a few months earlier, something similar had happened. With Bombay Sweet Shop the city had got to see the age-old mithai in a new avatar: Patissa Bars, Kaapi Paak, Ferrero Rocher laddoo, and many such innovative recipes had had Mumbai swooning. 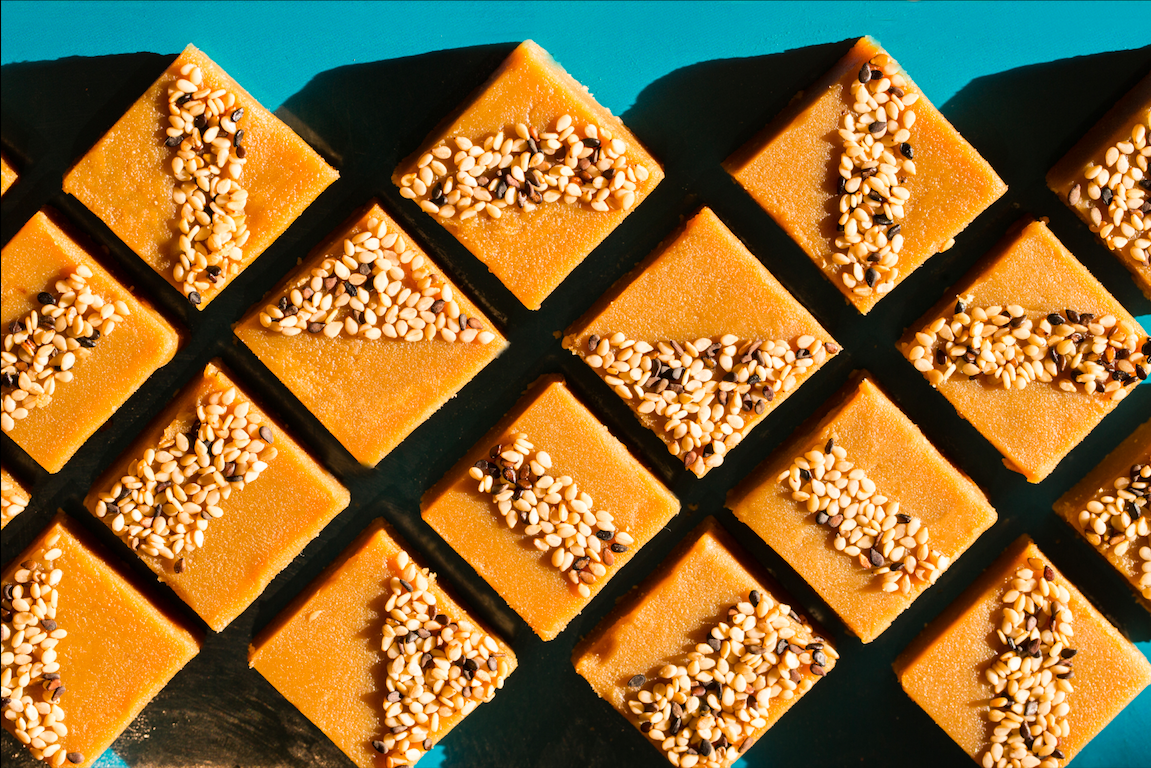 The trend of quirky new age mithai began a few years ago when brands led by young chefs and passionate entrepreneurs ventured into the mithai business. Khoya, the 4-year old enterprise that has become synonymous with premium sweets since, was one of the first such. Born out of the need to elevate mithai to its original glory, Khoya presented an upgraded version of the traditional 100-year-old mithai shop. “The idea was to tap into the already existing wealth of Indian mithai,” says Sid Mathur, the man behind the brand that now caters to a niche culinary space. Given his vision, “a lot of time was spent researching old techniques and upgrading them to create pure, unadulterated mithai.” It was not only Sid and his team but also teams of other new-age mithai shops like Bombay Sweet Shop, Arq, Gur Chini and Bhawan who had similar visions and journeys.

“Our ideology revolves around the simple idea of having people eat more mithai,” says Kainaz Contractor, one half of the duo behind Bhawan, the hottest new mithai shop in Delhi. “Our attempt with Bhawan is to replace our generation's craving for a cupcake or a brownie with a Nutella peda and an apple pie barfi.” And so, Kainaz and her partner Rahul carefully worked to ensure that while flavours were modern, methods, techniques, ingredients and recipes used in their mitai were authentic and age-old halwai secrets. 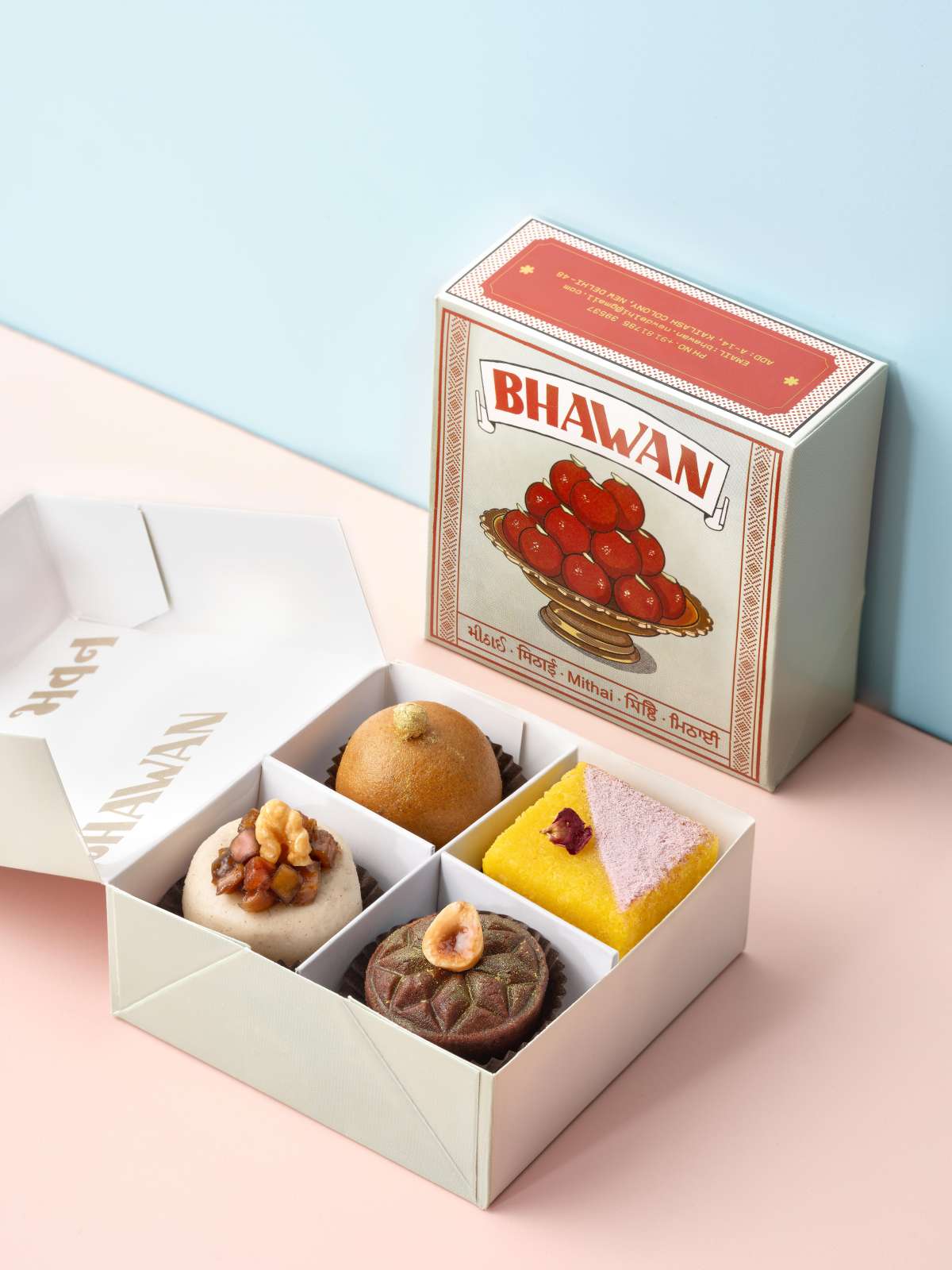 The team at Bombay Sweet Shop meanwhile studied the meticulous detail and painstaking method of preparing Indian desserts: from the moiras of Kolkata, to halwais in Jaipur, and a third-generation sweet-maker in Mysore, they trained with the best to bring alive memories and nostalgia people associate with mithai. The result was a place where the traditional, the twisted, and the unheard of met. Their drunken motichoor, that has all elements of the traditional laddoo but also rum and finest chocolate, is just one such example. “Bombay Sweet Shop’s sweet treats,” says the enterprise, “are as much about playing with concept, colour, texture, flavour and appearance as an opportunity to showcase India’s sugar-sprinkled history.”

This concept of playfulness is also seen at Arq, where duo Neha Lakhani and Ashay Dhopatkar went through a year of research to create combinations like Besan Truffle and Malterine Marmalade. “We wanted to make mithai that was at par with its European counterparts like Le Maison du chocolate or Ladurè. Keen to keep the product clean they eliminated preservatives and additives and used only locally and ethically sourced ingredients. Ingredients have become an important aspect of the new mithai, with establishments focusing on purity most are sourcing raw material themselves and creating products from scratch. At Khoya, for instance, they make the main ingredient, khoya, in-house, and at Bhawan they use only cow ghee made from A2 cow milk for the sweets.

Despite innovations and unique combinations they bring none of these new-age mithaiwalas identify as fusion brand. The combinations, they insist, are made to enhance the traditional mithai and not to take away from its beauty. “Through our range of mithai,” says Sid, “we wish to honour the tradition and ingredients that forms the basis of sweet making in Indian and culture.” With the growing craze for their mithais, they are surely succeeding. 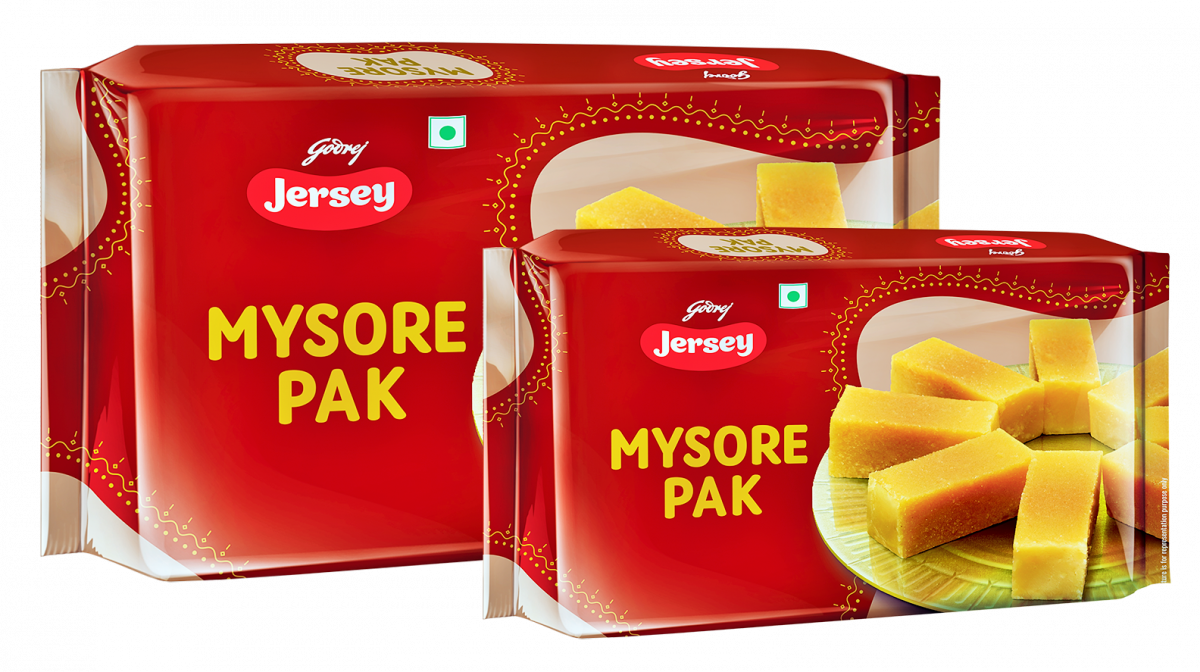 Nonetheless, the love for traditional mithai runs deep and that is why dairy players like Godrej Jersey continue to bring new offerings in the category. Jersey Mysore Pak combined goodness of Jersey Ghee and gram flour to create magic which melts in the mouth.

“We wish to promote a sweet which is very inherent to South-India and that is why Mysore Pak fits right in to offer pure goodness”, says Mohit Marwaha, AVP Marketing, Godrej Jersey.