Indian breads that have nothing to do with baking 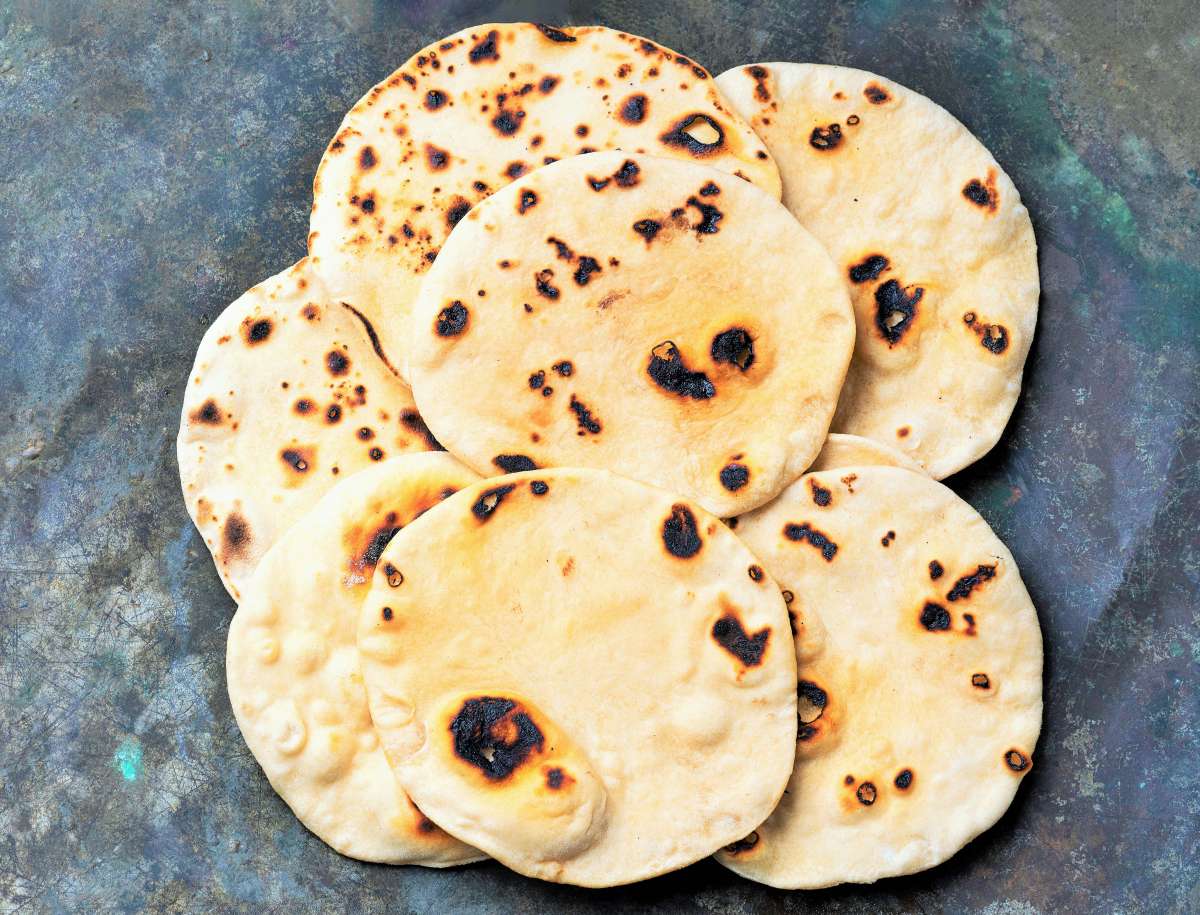 Whenever we see a bakery or even smell its aroma, we visualise crusty loaves of warm bread or ladis of fluffy pavs. However, did you know that the baked wheat bread that we munch in the form of sandwiches, as accompaniments to pasta, or to encase our favourite samosas and potato vadas has reached our country through the Portuguese? Until then, there was no connection of the ovens with the loaves of breads in India. They prepared with other methods of cooking and using a variety of grains instead. Although they aren’t as widely available as the baked loaves of wheat bread, fortunately, these slices of breads continue to be prepared and consumed around the country.

Let’s have a look at these Indian breads that have never seen the insides of a baking oven.

Bhakri is a round unleavened flatbread, popular in the Maharashtrian, Gujarati and Goan cuisine. It has been a staple food of the western rural region of India, especially in the farmer community. A bhakri is a versatile bread since it can be made from millets such as jowar, bajra, ragi or even rice flour. It is prepared by kneading the flour with salt and warm water until it forms a smooth, soft dough. The dough is split into small balls, and each ball is flattened in the palms to form a flatbread that is cooked on a tawa first and then roasted on a direct flame. Bhakri is typically served with garlic chutney, thecha (a chutney made of green chillies, garlic and peanuts), green leafy vegetables and raw onion.

Do not confuse this Himachali bread with the globally famous bhatura. While the latter is made from refined wheat flour, bhatooru is made from fermented wheat flour. The dough is prepared by mixing whole wheat flour with water and yeast powder. The mixture is left to ferment for a few hours and then divided into small balls and flattened out in the palms. The bhatooru is then cooked in a pan to prepare the lighter version of the dish. The heavier version prepared for weddings and other celebrations involves deep-frying the bhatooru. This bread is also known as ‘Suhaalo’ or ‘Sumkesh roti’ in Himachal Pradesh.

Litti is a staple food of Bihar and parts of Uttar Pradesh and Jharkhand. Usually served along with chokha (a vegetable preparation), this unleavened Indian bread is a little ball of dough made with whole wheat flour, gram flour, herbs and spices. The ball is roasted over coal or wood fire and served with dollops of ghee. Once popular in the farming community, littis are now available across the country in most of the street-side eateries and fancy restaurants.

Appam is a vegan, gluten-free South Indian bread made with rice batter and coconut milk or grated coconut flesh that is fermented with toddy (a local alcohol drink). It is common in Kerala, Karnataka and Tamil Nadu. Appam has both sweet and savoury varieties, with the sweet appam containing jaggery in addition to rice and coconut. Sometimes, coconut milk is flavoured with cardamom or other fragrant spices. To prepare appams, soaked rice is ground with grated coconut or coconut milk and fermented for around 10 hours. The proved batter is then ladled onto a pan and cooked until golden brown on both sides. Appams are served with vegetable stew, chickpea curry, potato stew, vegetable korma, coconut chutney or sweetened milk.

Which non-baked breads have you tried so far? Tell us your favourite ones in the comment section below.