Delicious snacks to liven up the festive season 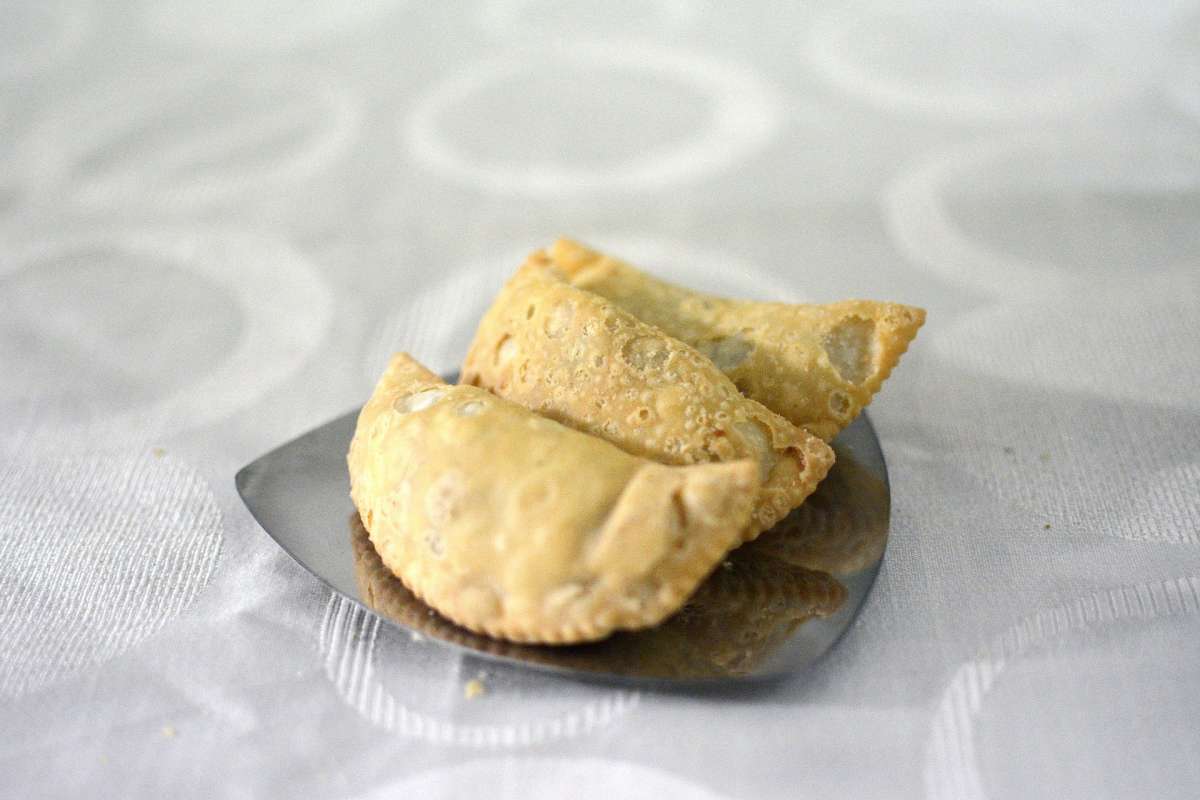 Diwali is the time when weight watchers take a step back, those on a diet don’t follow their charts, and a cheat day lasts, well, longer than a day. During this joyous festival when people come together to celebrate and make merry, no one wants to spoil the fun by counting the number of karanjis they’ve eaten.

And neither do we.

This Diwali, we have lined up a host of snacks or faral you can make with Godrej Veg Oils and Jersey Ghee. These fried foods will not only wow guests but also grab the attention of your loved ones who we’re sure will be eager to relish the dishes themselves. So let go and make some of these exciting and delectable recipes and have yourself a fun-filled, no-holds barred Diwali.

Chiroti or padhir peni is a sweet dish which is relished on special occasions, such as weddings, Diwali, etc. The dish is also famous in Karnataka and parts of Maharashtra. The layered puri gets its sweetness from the sugar syrup it is usually dipped in or sugar powder that it is garnished with. To make chirotis, knead some maida, rice flour, salt and Jersey Ghee into a soft dough. Divide the dough into balls and roll them out into thin and large rotis. Mix a little Jersey Ghee and rice flour to form a paste. Place a roti flat on a surface dusted with some rice flour. Evenly apply a little of the ghee and rice flour paste all over it. Place another roti over it and repeat the process until you have a stack of around four rotis. Roll the stacked rotis into a cylindrical dough and cut it into smaller pieces. Grease your palm with some Jersey Ghee and gentle flatten out the smaller piece into a roti again or roll it out using a rolling pin. You will be able to see the different layers on the surface of your chiroti.

In a wok, heat the ghee or a neutral flavoured oil like Godrej Rice Bran Oil. Deep fry the chirotis till they become brown in colour. As soon as you remove them from the pan, sprinkle them with a powdered sugar and cardamom mix.

Another way to enjoy the chirotis is by pouring some badaam milk over them. Chirotis are also prepared using fine semolina or rava. While the preparation stays the same, the dough is made up of equal parts of rava and maida.

Mathri is a fun and easy recipe to prepare. Start by mixing some flour, rava, chilli powder, ajwain, hing, crushed peppercorns and salt in a bowl. Add two to three tablespoons of Godrej Refined Groundnut Oil to the mixture and mix again. What you will have is a crumbly mixture with a wet sand-like texture, which needs to be kneaded into a stiff dough. For that, add some water slowly to the mixture while kneading the dough. Make sure not to add too much water. Now set the dough aside. After about 15 minutes, take small pieces of the mathri and roll them into circular puris. Poke holes into both sides of your mathri before deep frying them in Godrej Refined Groundnut Oil. Enjoy your crunchy mathris with some aachar or tea!

Bhujia sev comes in two varieties. One, is the Bikaneri bhujia, which has its origins in Bikaner in Rajasthan, and the other is aloo bhujia. To make the classic Bikaner bhujia, in a bowl, take some matki flour, besan, salt, hing, black pepper powder, chilli powder and oil. Use some water to knead the dough. Now roll the dough into a cylindrical shape and strain it through a sev maker into hot Godrej Refined Soyabean Oil. Deep fry till you have slightly brown sev. Let the bhujia cool down before serving it with tea or coffee. You can also make a deliciously spicy and tangy chaat by adding chopped tomatoes, onion, green chillies and lemon juice to your bhujia.

Murukku is a South Indian snack made with urad dal and rice flour. It is also known as chakli in Maharashtra, and each variation is prepared using different flours and combinations. To make murukku, roast some urad dal in a pan and blitz it into a fine powder. Add the urad dal flour, rice flour, chilli powder, and salt in a bowl and mix well. Add some hot Godrej Refined Sunflower Oil to the mixture and knead into a stiff dough. Strain the murukku dough through a chakli maker, create concentric circles and set aside. Deep fry the murukku till they turn brown. Interestingly, the flour used to make chakli amongst Maharashtrians is known as bhajani and it is prepared using rice, urad dal, chana dal and moong dal.

Also known, kajjikayalu in Andhra Pradesh, ghugra in Gujarat and karachika in Tamil Nadu, karanji is a Diwali favourite across the country. While the name differs, the preparation more or less stays the same. To make the stuffing, mix some grated coconut, poppy seeds, cardamom powder and dry fruits like raisins to a bowl. For the dough, knead maida or refined flour, Godrej Refined Sunflower Oil, and some hot Jersey Ghee along with milk. Knead the dough properly and keep it aside for 30 minutes. Make sure to cover the dough until you’re ready to cook it. Later on, break off a small piece of the dough, roll it into a small circle and grease the edges with some water or milk. Add about a spoon of the filling on one half of the semi-circle and fold the other half over it, to forming an oval shaped karanji. Press the edges tightly so that the stuffing gets sealed inside. Now, we’re ready to fry the karanjis! Deep fry them and take them out as soon as they turn slightly brown, and the perfect Diwali snack is ready. In a different version in Karnataka, known as karjikai, the stuffing includes coconut, chana dal and jaggery, while the dough is made up of rava, and rice flour.

Try these exciting snacks this Diwali and maybe make some extra; it’s still a Diwali snack if consumed after a Diwali!

Do you know of any other interesting Diwali snacks? Tell us in the comment section below.